This article is written by Nisha Modak, pursuing a Diploma in Intellectual Property, Media and Entertainment Laws from lawsikho.com.

“Any sufficiently advanced technology is indistinguishable from magic.”

The word ‘technology’ has been coined from two Greek words, ‘techne’ which means arts and crafts, and ‘logos’ which means word or speech. Thus, at the time of its inception, the term was intended to be used to refer to a discourse in arts. Over time, the use and scope of the word changed to include an ever-expanding range of ideas, processes, systems, etc. By the mid-twentieth century, the definition had evolved to mean activities or methods through which man modified and manipulated the existing environment. This definition aptly surmised technology as a means developed by man to bring about certain improvements and changes to his life and livelihood.

In today’s day and age, in light of the various industrial and other revolutions that the world has seen, technology has become an inalienable part of our lives. The meaning of the term has undergone multiple changes, and technology, as we know it today, can be defined as “The study and knowledge of the practical, especially industrial, use of scientific discoveries”. This definition succinctly captures the vital role that technology plays in every field, be it agriculture, industry, infrastructure, medicine, etc. There is no aspect of our lives which can be said to be free from the influence of technology.

The miracle of technology however is not god gifted, and there is laborious human effort and mental skill that goes into conceiving and creating it. Intellectual property is the term used for all works that generate from an innovative mind, in which a person’s thinking, reasoning, creative and analytical skills are put to use. Technology is the brainchild of man and has developed due to his intellectual prowess. Hence it squarely fits in the definition of intellectual property.

Intellectual property is an intangible asset in the hands of any company, business or enterprise. By investing in research and development, each business strives to create new and advanced technologies that can give them an edge over their competition. These include new designs, processes, methods of manufacture, engineering etc. One of the primary ways in which this in-house developed technology helps a business is by generating revenue for it through the payments collected by technology transfers, whereby the exclusive right of use over the said technology is shared among businesses, either within the country or even internationally. Such transfers have become increasingly common, as it allows a business to use and build upon the knowledge of another, thereby opening up avenues for further invention.

In essence, a technology transfer agreement captures the mode in which the technology is intended to be transferred, as well as the terms and conditions outlining the subsequent use of it. It combines aspects of commercial feasibility as well as the legalities behind intellectual property rights. The particulars of each agreement are largely determined by the type of agreement that the parties wish to execute. It can either be a license agreement, whereby the business owning the technology (licensor) simply permits the other party (licensee) to utilize it, or it may be an assignment agreement, in which case the rights vesting in the technology are transferred in totality from the assignor to the assignee. Consequently, the parties may also decide to enter into a merger or joint venture agreement through which both businesses can mutually make use of the technology. Irrespective of the particular type of transfer opted for, there are certain basic elements which are existent in every technology transfer agreement. These are:

This is one of the most vital clauses, as it determines the extent and scope of the operation of the transfer agreement. It is imperative to clearly state the technology along with its accompanying aspects such as know-how, design, technical knowledge, etc. which are being covered under the agreement. This provides clarity to both parties, as the transferor can retain the exclusivity associated with certain technologies, and the transferee can freely operate under the terms of the agreement without the risk of infringement claims.

The agreement must lay down the obligations being imposed on both the transferor and transferee with respect to the agreement.

The agreement must specify the territory within which such transfer shall be legal, along with the time period of its operation.

Intellectual property forms the very backbone of such agreements. There are various elements of IP involved in technology transfer such as patents, trademarks, designs etc. This clause should capture all the aspects of the preexistent as well as future IP that might arise from the agreement.

Due to the growing dependence of companies on the intellectual property along with the commercial benefits it offers, this clause assumes paramount importance in an agreement of technology transfer.

When technology is transferred from one entity to another, there is also a transfer of certain other associated rights. Elements of intellectual property such as patents, trademarks, designs, confidential information, etc. are ancillary to technology. When an agreement for technology transfer is made, these aspects also by default become a part of the subject matter of the agreement. The manner and extent to which IP is included in the agreement are determined by the particular requirements of both parties. However, the crux of such clauses remains the same despite the other variations that may arise, which is to lay down the terms and conditions regarding the use and ownership of the IP.

One of the first and most important steps that must be taken before drafting this clause is to ascertain and determine all the IP that vests in the technology intended to be transferred. There may be some IP that is already existent and in use, and there may be some that could be produced and developed in the future during the term of operation of the agreement. Alternatively, the IP developed in the future might not be a novel invention in itself, but merely an improvement of the prior IP. All these nuances must be accordingly addressed in the clause, as there may be certain ambiguity regarding the rights associated with each different category of IP. Conventionally, the norm is that the transferor retains the exclusive rights over all the existing IP, and the new IP is jointly owned and used by both the parties. However, in certain cases, the clause may include a ‘Grant Back’ with respect to the new or improved technology. This means that the transferee agrees to relinquish any rights over the new IP and hand over the same to the transferor.

Once this has been done, the next step is to identify and categorize the IP into various heads such as Patents, Trademarks, etc. These can then be utilized in their respective spheres of operation, and can be exploited in keeping with the terms of the agreement.

Along with outlining the ownership and usage, it is also necessary for the clause to elaborate upon the protective measures in place to safeguard the intellectual property. Depending upon the type of IP associated with the technology, certain legal precautions must be put down in the agreement in order to prevent any possible infringement. One of the most widely adopted practices by which the transferor protects his IP is the ‘Black Box’ method. Through this, the crucial elements of the intellectual property that vest in the technology, such as the process, layout, etc. are kept confidential and are strictly excluded from the scope of the transfer agreement. This allows the transferor to retain his IP, while allowing the transferee access to the rest of the technology.

Technology transfer in the Indian scenario

Transfer of technology can be done within a nation, or between different nations. With respect to the transfers that take place among Indian companies, they are governed by the basic applicable laws of the land. For all the IP rights arising out of such transfer agreements, reliance is placed on the various statutes which specifically deal with the various legal aspects of intellectual property. Thus the provisions of various laws such as the Patents Act 1970, the Trademarks Act 1999, the Design Act 2000, etc. are incorporated into the agreements.

The development of the concept of transfer of technology opened up avenues for businesses and companies to keep at pace with the ever-evolving world of technology. When intellectual property is shared, it allows for further IP to be generated based on the existing technical and scientific know-how. Thus, through the global trend of technology transfers, the whole world is connected through an intricate web of knowledge, ingenuity, and creativity. 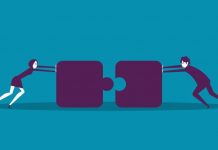 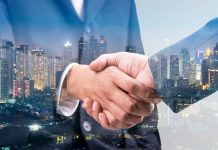 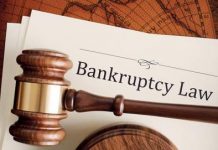 Should operational creditors be given an equal say in the committee of creditors : analysis in light of recent observations of the Supreme Court