This article is written by Dhruv M Shah who is pursuing a Diploma in Intellectual Property, Media and Entertainment Laws from LawSikho. This article deals with IPR in the electronics field and gives an insight into what the government is doing to push it further in terms of development.

Not trying to act like a mind reader but ‘You are reading this article on a smartphone or a computer device’. If the previous generations were told a handheld device can be used to do much more than just talking to people, they would not only lose their mind but also doubt yours. Fast forward and now they can be used for Internet banking, sharing pictures and stories via social media, ordering anything online from clothes to food, and much more.

Not only smartphones but the whole world of technology has evolved on such a large scale that we cannot imagine our lives without these devices. One of the reasons why the world has taken a gigantic jump in terms of technology is due to the immense advancement in the field of electronics. The field of electronics blends with any given realm and has application in almost everything you see around today.

Intellectual property (IP) refers to creations of the mind, such as inventions; literary and artistic works; designs; and symbols, names, and images used in commerce. IP is protected in law by, for example, patents, copyright, and trademarks, which enable people to earn acknowledgment or monetary benefit from what they invent or design. By discovering the right equilibrium between the concerns of innovators and the wider public interest, the IP system aims to cultivate an environment in which creativity and innovation can thrive.

But when it comes to Electronics only specific aspects of IPR are essential such as:

India has designed a distinct type of IPR for protection, Semiconductor Integrated Circuit Layout Design. This is an unequaled and unique aspect designed for the layout designs keeping in mind that they cannot be patented. But the patent safeguards exist for the products. Electronics is a complex area of study in terms of IPR with products ranging from the microchip and circuits which are nanometers in size to supercomputers that can process a billion calculations per second. Electronics and communications chiefly comprise the integrated circuit boards. These boards can be protected by IPR either in terms of the product or the conception of the board.

Under the current government, India has seen a huge IP awareness, growth and reforms aimed at fortifying the IP rights regime. Since its inception, the Government has been persistently trying to revise IP policies in India. Even the Office of the Controller General of Patents, Designs and Trade Marks (Indian Patent Office) has been enhancing IP records and making attempts to bring about transparency in its procedures.

Understanding the significance of IP and the need for a policy, the Government of India released the National IPR Policy in 2016. This policy lays down a multitude of deliverables including IPR administration capacity building, enhancing innovation through incentives and awareness, and strengthening the actualization of IPR through commercialization and enforcement.

It is a “first of its kind” policy for India, covering all forms of intellectual property together in a particular framework. The policy follows a completely new set of principles that are tilted in support of intellectual property (IP) owners in every possible way. The principles laid down in the policy incentivize IP owners by granting them monopoly rights. The policy remunerates big capital without paying heed to the balance to be established vis-à-vis public interest and development. Since the government presents itself as pursuing development, it is ironic that its new policy gives very little attention to either public interest or the developmental challenges that India faces.

The policy admits that the intellectual property of foreign corporations has benefited from the changes made to India’s IP laws after joining the World Trade Organisation and that the size of Indian IP is small. Even so, it continues on the same path without adducing an iota of evidence to support the assumption that a strong IP-based policy framework is quintessential for promoting creativity and innovation in India especially in the realm of electronics.

When talking about IPR as a whole the Indian Government entered into several reform policies to fortify and accentuate the IP regime in India. The policies are constructed to satisfy the following objectives:

Why is it so important though?

In electronics, a blueprint of an integrated circuit is formulated first and then the product is manufactured. The reason for developing a certain type of IP was due to the restrictions placed under the Indian law under which an integrated circuit’s topography could not be patented. SCILD (Semiconductor Integrated Circuit Layout Design) provides flexibility and helps in guarding the design.

This does not require a degree in technology but a part of chip layout can be reused which can be termed as the intellectual property core or IP block. The term is traced from the licensing of the patent and/or source code copyright that exists in the design.

Electronics is a field that has seen technology rise at an unimaginable pace. In such a situation it is very crucial that this protection is awarded and the parameters are continuously kept in check.

This is a standard factor when all the domains are described. IPR helps in keeping the investment cycle go at an unstoppable pace. The cycle is aided by IPR by giving protection against potential counterfeiters.

A utility model is an alien concept currently available in India but the entry of the Utility model can prove to be greatly beneficial for the economy and the people of the Electronics Industry. The utility model aids in safeguarding the small fluctuation in the technology and it especially is fruitful for Small and Medium enterprises.

To resolve the doubt that may have arisen regarding the utility model and its advantages a utility model is a patent-like intellectual property right to safeguard inventions. This type of right is accessible in many countries not including the United States, United Kingdom, or Canada. Although a utility model is akin to a patent, it is generally less expensive to procure and sustain, has a very short term ranging from 6 to 15 years, and less rigorous patentability requirements. In some countries, it is only obtainable for inventions in certain fields of technology and/or only for products. Utility models can also be termed as second-class patents. The majority of countries having utility model laws necessitate that the invention is original.

This consists of Australia, European Union, Germany, Italy, Japan, and Spain. The U.S. government has taken a multifaceted, trade-oriented approach to the international IPR issue, an approach that comprises multilateral and bilateral negotiations, as well as unilateral trade measures. Several provisions of U.S. law address IPR trade policy and enforcement to safeguard the intellectual property in electronics.

One of the integral provision is Section 337 of the Tariff Act of 1930 which talks about prohibits the importation of articles that infringe valid U.S. patents, copyrights, processes, trademarks, semiconductor products produced by infringing a protected mask work (e.g., integrated circuit designs), or protected design rights.

The reason behind such strict provisions is that as per the research of their department of commerce it has been established that the most patent-intensive industries in the United States are computer and peripheral equipment, communications equipment, semiconductor, and other electronic components. This goes to show the significance of such regulations which also need to be implemented in India to ensure the development of the particular industry in question.

The policy introduced by the Indian Govt considers IP rights to be private rights. It wants to promote IPRs as marketable financial assets. It views IP as an economic tool. But intellectual property is an integral regulatory tool for the government. The government should not be using it only as an incentive. The range of India’s initiatives and acceptance of best practices in IP processing suggests that there is hope for the country’s IP regime. For many years the Indian IP Office has also undergone monumental changes in terms of renovating its IP legislation, infrastructure facilities, human resources, processing of IP applications, computerization, databases, quality services to stakeholders, transparency, and free access to IP data through dynamic tools and utilities.

Despite such initiatives, however, there are still a few domains where IP rights enforcement and protection challenges remain, such as the non-existence of specific legislation dealing with trade secret protection, and utility patents. Counterfeiting is yet another grey area that is disrupting the IP rights of genuine owners. Further, the lengthy judicial procedures involved in the implementation of IP rights hinder IP owners’ ability to assert their rights. A globally reputable IP ecosystem in India has the immense possibilities to deliver tremendous direct and indirect value to the ‘Make in India’ initiative which in turn will help Indian enterprises involved in the domain of electronics to fulfill their global aspirations. 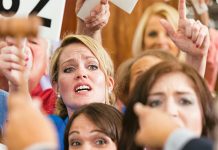