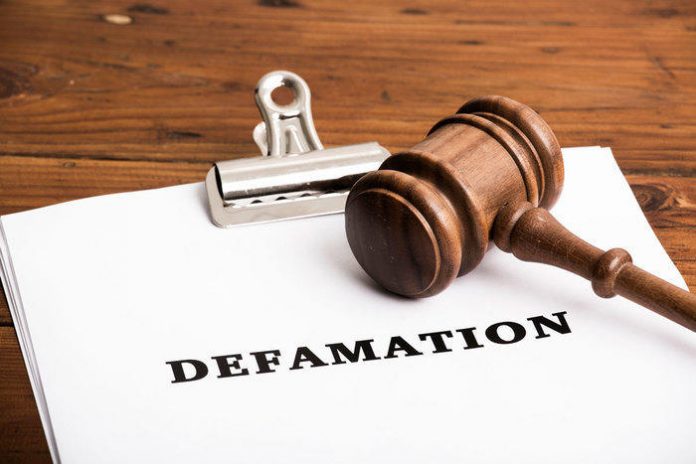 This article has been written by Gagandeep Singh Narula, pursuing an Advanced Diploma in Contract Drafting and Negotiation, from LawSikho. It has been edited by Ojuswi (Associate, LawSikho).

Every individual is entitled to have his or her reputation preserved and unharmed. After all, what people care about the most is their reputation. It is more valuable than any other tangible asset. Defamation corresponds to a loss of honour due to a false proclamation without the knowledge or consent of the person defamed. In spite of that, the mere utterance of words in anger with no intention of causing harm or slandering a person’s reputation would not amount to defamation. The growing media frenzy has created apprehension in the minds of individuals of public capacity as to which statements of theirs might create tensions or land them behind bars.

In light of the foregoing discussions, this article defines and expands on the elements of defamation in India, its analysis in relation to freedom of speech and expression (Art 19), and judicial intervention in this matter by describing the Subramanian Swami vs. Union of India case. Besides, it also demonstrates the need to maintain harmony between defamation and constitutional rights. It is followed by a few judgments filed by the petitioner with regard to defamation scenarios.

Defamation and its components

Defamation in law is a means of attacking another’s reputation by a false statement to a third-party with the intention of maligning the person’s reputation in society. It requires that the publication be false and without the consent of the alleged defamed person.

It is defined as the permanent proclamation of defamatory and false statements without legal justification. It includes writing, printing, cartoons, effigies, etc. It is actionable and can be presented as evidence in a court of law. Libel lawsuits compensate for general as well as special damages. The former involves loss of reputation, while the latter involves economic losses.

It is defined as the public announcement of a defamatory statement or the passing of malicious remarks in a transient form, whether visible or audible, such as gestures, hissing, and so on. It is only actionable when the alleged person has sufficient evidence to file a petition in court. When you file a lawsuit, you can only get money back for economic losses.

“Libel is a criminal offence while slander is a civil offence” in the eyes of English law. Unlike English law, Indian law does not differentiate between libel and slander and both of them are treated as criminal offences, as was held by Bombay and Madras HC.

As previously stated, both libel and slander are treated as criminal offences in India. Thus, they are divided into criminal and civil categories.

Defamation as a Crime

Chapter XXI with Sections 499–502 under IPC 1860 talks about the crime of defamation. Some other sections are also present that deal with defamation against the state, such as Section 124A (sedition) and Section 295A, which deals with hate speech outraging religious sentiments (hate speech). As per section 499 of the IPC, defamation is defined as:

It is governed under Sections 500, 501, and 502 of Chapter XXI of the IPC. The offence is non-cognizable and bailable as per CrPC, 1973. Section 500 of the IPC describes imprisonment for a term of 2 years, or a fine, or both, for a person who publishes or conducts the sale of any defamed substance, having enough reason to believe that such matter is defamatory.

To throw light on the ambit of Section 500, the case of Subhash Shah vs. K Shankar Bhatt (1993), stands relevant. Here, the Respondent wrote a defamatory piece of information in his publication about the Petitioner, who is a class-I officer from a business family. After the Respondent’s conviction, he was sentenced to imprisonment for 2 months and a fine of Rs 2000.

Section 501 checks for printed defamatory content and makes sure that the person who printed it is punished. In the case of The Editor, Deccan Herald vs. Prof. MS Ramaraju (2005), the Petitioner printed news stating that the Principal and two staff members of a Law College had been suspended after a student was caught by a vigilance squad while writing an examination at the lodge. According to section 200 of CrPC, the Respondent filed a private complaint of defamation against the accused. But as per Karnataka HC, the Petitioner’s actions do not amount to an offence under section 500 or 501 of the IPC.

Section 502 deals with the sale of any printed information that is defamatory. In BRK Murthy vs. State of Andhra Pradesh (2013), the Editor of a newspaper published defamatory comments without verification prior to publication. The Court found the allegations under sections 500, 501, and 502 as well as section 34 of the IPC to be true and held the editor liable.

Defamation as a Tort (civil law)

This category of defamation involves consideration of libel (i.e., written defamation) and not slander. The statement must be false, written, and defamatory in order to prove it as obscene and libellous. It is also noted that the person against whom defamation is committed must be alive or else the aspect of defamation as a tort is not applicable. In general, this translates to saying that it is not a tort to defame a deceased person. But it does not mean that there can be no course of action if a dead person is defamed. For example, if a defamatory statement negatively harms the reputation of a deceased person’s heir, then the plaintiff can knock on the doors of court for indemnification of damages caused.

Besides this, a person fearing being defamed in written form may seek the grant of an injunction to restrict such publication. However, the decision to grant an injunction relies on the will of the court. The cases related to injunction can be studied in the 1891 case of Bonnard vs. Perryman and Khushwant Singh vs. Maneka Gandhi, and Others.

One of the most “talked-about” decisions in the realm of defamation laws was the case of politician Subramanian Swami and the Tamil Nadu government.

Subramanian Swami vs. Union of India-Debate and Judicial Intervention (2016)

Subramanian Swami alleged Ms. Jayalalitha was corrupt in 2014. The Tamil Nadu government subsequently filed defamation suits against him. Following that, Dr. Swami and other politicians filed petitions demanding the decriminalisation of defamation and giving weightage to civil remedies and financial compensation for the loss of individual representation. The petitions involved:

Judgements delivered in this case was led by the division bench comprising, Justice Deepak Mishra and C. Pant, where the judges upheld the validity of Sections 499 and 500 of the IPC and 199 of the CrPC, 1973. The submissions that arrived in response to the Petitioners are as follows:

The need to maintain balance between Art. 21 and Art. 19(1) with respect to defamation

The Supreme Court dismissed a petition filed by Subramanian Swami challenging the validity of Section 499 of the IPC, 1860 and kept the provisions of IPC, 1860 entirely intact. The court held that the Right to Reputation was protected under Article 21 of the Indian Constitution, which protects “life and personal liberty” against interference by the state.

Sometimes, Article 21 is used as a sword to defame or malign someone’s reputation and can be treated as a serious threat to the future of constitutional rights. In spite of this, the Court declared that the Right to Free Speech under Article 19(1)(a) has to be balanced against the Right to Reputation (Art 21). It argued that criminal defamation is constitutional as long as the victim’s reputation is not sacrificed on the altar of free speech.It is noted that “The SC has always had an ambivalent relationship with freedom of speech and expression, treating free speech more as an annoyance than a right. Its defamation law judgement continues that long, unfortunate history.“

In this case, the Petitioner filed a complaint for the offence under Section 500 (punishment for defamation) of the IPC against the Respondents before the trial court. The reason is that the Respondents published an advertisement in the Tamil daily “Malai Malar” stating the removal of the Petitioner from his post. The information was read by the public and caused a feeling of embarrassment and disrepute for the petitioner.

After considering submissions and perusing materials placed before the Madras High Court, it found no reason to interfere with the orders of the trial court in dismissing the complaint filed by the Petitioner, and the criminal revision petition was dismissed.

In this case, the Petitioner filed a complaint for defamation against 40 accused under Sections 354B/499/500/501/502 of the IPC and under the SC/ST Act, 1989. The Petitioner was being physically harassed and abused by caste and dirty words, dragging her from the land, giving statements in the press and releasing abusive defamatory false allegations in the electronic media, thus damaging her reputation and her Right to live with dignity. As the Respondents already filed grievances in the concerned area by adopting legal procedure which cannot amount to an offence of defamation, the Delhi High Court dismissed the petition accordingly.

In this case, before the Madras High Court, the Petitioner, who is a Publisher of the Tamil Daily paper, is accused by the Respondent of publishing defamatory and allegedly punishable information under Section 500 and 501 of the IPC, thus affecting the Petitioner’s Right to Freedom of Speech and Expression.

The impact of defamation on the Indian publishing industry

The extent of defamation has occupied the publishing and content industries. A few years ago, a book named “Jayalalithaa – A Portrait“, authored by political journalist, Selvi J. Jayalalithaa, was banned from being published as an act of defamation. The Madras High Court granted an injunction against the book’s publication, apprehending damage to Jayalalitha’s political image and a violation of her Right to Privacy. The Court held that reasonable verification of the contents of the book had not been done, thus satisfying the concept that criminal defamation is against the Right to Freedom of Speech and Expression. Another book titled “Godman to Tycoon: The Untold Story of Baba Ramdev“, written by Priyanka Pathak, was banned by the Delhi High Court in response to defamatory and false content, thus violating his reputation under Article 21 of the Constitution.

Defamation, Article 19 (1), and Article 21 based on the foregoing content

The court drew a few conclusions with regard to defamation and freedom of speech and reputation as follows:

This article urges the need to strike a balance between the implementation of criminal defamation cases, the Rights to Freedom of Speech and Expression (Article 19) and the Right to Reputation (Article 21). The rationale of the apex court expressed in various cases is that one’s reputation cannot be allowed to be crucified at the altar of another’s Right to Free Speech. Both need to be synchronized. It is also noted that criminal defamation should not act as a tool for politicians and influence people to shun the voices of other people. In order to avoid misuse of criminal defamation, redundant complaints should not be registered until and unless the evidence is prima facie.