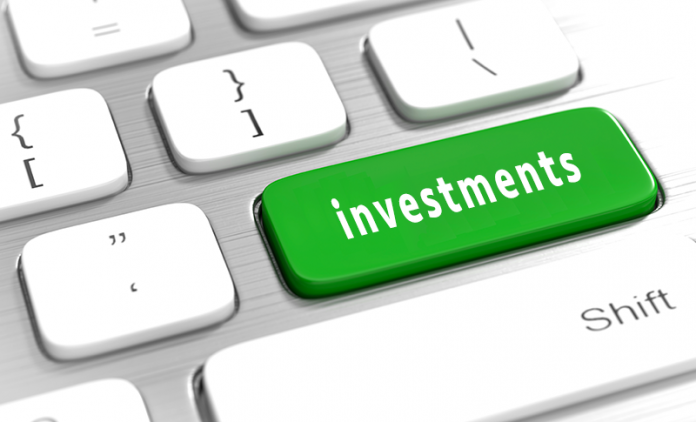 Minority shareholders are those who hold equity of a company and are not able to enjoy voting power of a firm because of their below 50% ownership of the firm’s equity capital. The role of minority shareholders is very important in building the economy of a company. As we all know, companies are considered to be the soul of the economy and are important for the growth of a country. There are many instances in India where conflict between minority shareholders and controlling shareholders is seen like in the case of  Tata v. Cyrus Mistry where Mistry`s family had 18.47% of the total equity capital of Tata Sons and 66% of the total equity of Tata sons was owned by Tata Trusts. In this case, the Tata group decided to remove Cyrus Pallonji Mistry from the position of Executive Chairman of Tata Sons, and thereafter Mistry alleged oppression and mismanagement on the part of the Tata Trust. Here, the Supreme Court stated that the removal of Mistry from the post of Executive Chairman of Tata sons does not amount to an act that is “oppressive or prejudicial in nature.” There has been a significant attempt on the part of the Ministry of Corporate Affairs to protect the interests of Minority shareholders by including more comprehensive provisions in the Companies Act of 2013 in comparison to the Companies Act of 1956. Through this article, the author attempts to delve into a very important concept of corporate law which deals with the circumstances in India with regards to minority shareholder`s investment.

The problems with minority shareholders in India

(i) Majority shareholders’ control over management

In countries like India, where most companies have concentrated ownership, majority shareholders’ control over management is quite common and this is the reason behind the cause of irregularities, manipulation in accounts, manipulation in audits, etc. which is the biggest problem faced by small shareholders. This issue was highlighted by the ‘Satyam Scam’. It was one of India’s largest financial scams. In this scam, Byrraju Ramalinga Raju, the chairman of Satyam computers manipulated financial statements of Satyam computers creating fake information about revenues, operating profits, interest liability, and cash balance. This misled the minority shareholders and other investors. After getting a high value of shares based on fake information, he invested in his other real estate companies  (Maytas Infrastructure and Maytas Properties).

(ii) Fiduciary duties of controlling shareholders are not specified

As we all know, there was no provision in India regarding fiduciary duties of controlling shareholders and there are many instances where these shareholders used a company for their benefits by abusive use of RPTs (Related Party Transactions). There is a scam related to this viz. ENRON Scam. ENRON is an oil-based company in the USA and there are many related transactions that came out in the scam, and in the Vijay Mallya case, the Serious Fraud Investigation Office (SFIO) alleged that Kingfisher paid around 30 crores to a related party named FIFOTL without disclosing this transaction to the minority shareholders, its lenders and the board of Kingfisher Airlines.

(iii) Appointment to the board of directors

Section 241 and Section 244 of the Companies Act

Under Section 241, an application may be made to the Tribunal by any member of a company or by the Central Government for relief in case of oppression and mismanagement in the affairs of the company.

There are three conditions in which a member of a company may complain:-

There are four scenarios in which the Government is of the opinion that the affairs of the company are conducted in a prejudicial manner:-

(a) Any person concerned with the conduct and management of the affairs of a company is or has been in connection therewith guilty of fraud, misfeasance, persistent negligence, or default carrying out his obligations and functions under the law or of breach of trust.

(b) The business of a company is not or has not been conducted and managed by such a person by sound business principles or prudent commercial practices.

(c) A company is or has been conducted and managed by such person in a manner which is likely to cause, or has caused, serious injury or damage to the interest of the trade, industry, or business to which such company pertains.

(d) The business of the company is or has been conducted and managed by a person with the intent to defraud its creditors, members, or any other person otherwise for a fraudulent or unlawful purpose or in a manner that prejudices public interest.

Basically, this section provides eligibility to the members who hold the right to apply under Section 241

In the case where the company has share capital:-

In the case where the company does not have share capital:-

-At least 1/5 of the total numbers of its members;

-The tribunal has the power to waive all or any of these requirements.

-Anyone or more members may make an application to the tribunal on behalf of all the members by obtaining the written consent of other members.

Nature of the Order that can be passed by the tribunal

Section 243 : consequences of termination or modification of the agreement

(a) No damages or compensations are given to the person for loss or termination of office.

(b) Any MD, Director, or manager whose agreement is terminated by the tribunal is not able to join office in the company without the permission of the tribunal.

(c) And also a person who is not found fit for the office shall not hold the office of director or other office connected with the conduct of the company’s management for 5 years from the date of order. But the Central Government may permit after getting the leave of the tribunal.

(d) Any provision of MOA regarding termination is not applicable in this section.

When a group of people of a particular class files a relief petition against a company it is known as a class-action suit. Like, a group of members, a group of debenture holders, etc. (suit must be against the same company and for the same cause). In this section depositors are also included to file a petition and action may also be taken against CA, CS, or any other auditors.

i. Need of demutualization by SEBI

As we all know, earlier the brokers used to own, control, and manage stocks, this created conflict between brokers and their clients. By demutualization, the government separates the rights of trading and ownership.

In India, these kinds of laws should be incorporated by which all fiduciary duties of controlling shareholders towards the company and minority shareholders would be specified. By implementing this, our nation can become safer for small investors.

Under Sections 151 and 152, the Act provides for the appointment of directors. Shareholders are given the power to elect a director on the general board of directors; every director shall be appointed by the shareholders at the GM according to the count of the majority votes cast in his favor. This creates a high chance that the board will work on the will of majority shareholders. That is why in countries like India concentrated shareholding is a common problem. There is a mechanism in Italy named” Voto di lista” which is a way for nomination and election of the Board of Directors and the Board of Statutory Auditors. This slate voting system is a highly innovative and progressive solution to protect the interests of minority stakeholders.

This mechanism of Slate voting provides the right to minority shareholders to appoint one or more representatives. In Italy, listed companies have to write in their by-law about the criteria for conducting elections.  This should be based on submission of the slate at AGM and there must be at least one director elected from the slate given by minority stakeholders.

This mechanism allows all the shareholders who are called to vote on a slate of nominees, submitted by controlling shareholders and minorities alike. Such that there is at least one director elected from the slate submitted by minority shareholders. A mechanism of this kind would be ideal for Indian listed to ensure minority protection.

After discussing provisions of the Companies Act, 2013 regarding minority shareholders we can conclude that there are many provisions in India regarding inter-corporate loans, investments, guarantees, and security-related party transactions but by adding some new amendments and adopting certain solutions Indian corporate governance has become better.

There are some suggestions for better protection of minority shareholders that were discussed above and if our laws focused on giving more power to minority shareholders for active participation in the company’s decisions then this would make India investor-friendly and our nation would become an investment decision. When a country gives a legal framework and disciplinary mechanism to protect minority shareholders, then more people are willing to invest which increases the investment in the country.