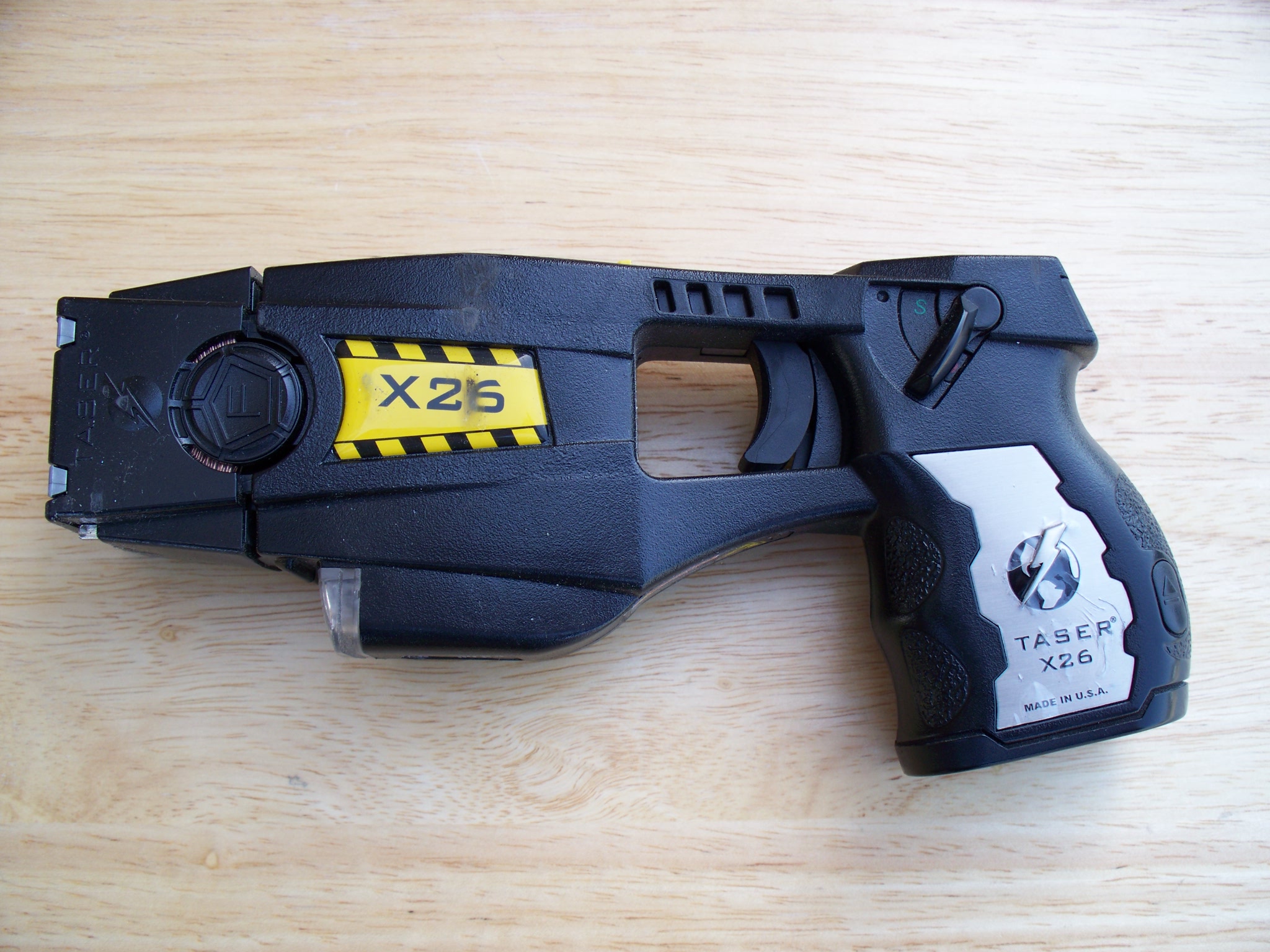 What are stun guns?

With increasing rate of crimes day by day, in order to protect oneself different mode of self-defence are being used one of it is use of stun gun.in many countries the use of stun guns are banned but in some countries like Australia, Japan, Italy, Canada, U.K. and India its use is not totally banned but is subject to tight restriction. Many states though provide ownership of stun guns but restrict o prohibits the person from carrying it to a public place.

Not only in India but all over world different countries have recognized the importance of stun gun. Some have legalised its use with proper restriction and some are about to legalise. It provides a new mean towards public security at the same time a peaceful method of prohibiting crime as it does not inflict severe injuries. Stun gun can be used both as a mean of security and as a mean of self-defence.

As stun guns are looked upon as a low risk weapon it is being used by police officers in situations where the general public or the officers themselves face a severe threat or actual violence upon which no rigours action could be taken.

Also the Indian government is of the view to substitute the use of firearms by stun guns in controlling mob violence.

Apart from self -defence many law enforcement agencies of different countries have encountered that due to the use of stun gun to an extend there is decrease in use of rigorous and deadly force which has decreased the rate of injury to both public and the officials.

Increasing rate of crime against women and children resulted in a demand of new mode of self-defence, to which the use of stun gun satisfies. As being it less harmful one can use it as a mean of protecting oneself, if is legalised for public use.

It can decrease the rate of crime against women at the same time will not severely injure the person. Also it is seen that many time people commit crime and run away and hence it is difficult for police to catch them. As stun gun immobilises a person for 20-30 minutes one can use it against those offender and can help the police as well as can prohibit the commencement of crime.

Everything has its  pros and cons, where on one hand stun gun are a mean of self -defence on the other hand the use of stun guns by Indian police has raised different issues relating to medico legal, social and ethical issues with regards to the use of it.

At the same time it can be used as an instrument of torture or a device used for illegally confining a person. Though the magnitude of injury which it inflicts is low but it if misused can mentally harm a person and if it is used upon an unhealthy person or is used recklessly it can cause death, hence there capacity should not be treated lightly.

Also there have been cases were stun guns have been used as a medium of child abuse and in some cases the children have died or have suffered trauma.

It can also be used as a medium to commit crimes like rape, abduction or human trafficking as it immobilises a person for about 20-30 minutes.

Also the use of stun guns by different countries and its recent introduction in Indian Law enforcement system is being protested by Human Rights Activists on the basis of social aspect where it agrees that it provides police official extra security but it has a dual impact on society. Where in one hand it helps the police to control the aggressive mobs, there have been cases in Kashmir where the police have misused stun guns by using it to injure peaceful protesters and other civilians.

Also Amnesty International considers it a high mean of torture by both police officials as well as by civilian if is being misused by them, and hence protest its use.

Apart from it use of stun gun on ill people, unhealthy people, children and  pregnant women can result into negative cardiac and physiological effects.

In India the use of stun guns are subject to legal restriction. Under the Indian Arms Act only a licensed police officials, NSGs can use it also under the situation where its use is found reasonable from the perspective of a reasonable officer who at the time was present in the scene. The law also limits the use to any dangerous individual and not on them who passively resist arrest.

Under Indian Arms Act, 1956 prohibits the possession of those arms which could be a threat to public peace or public safety which were of much greater magnitude compared to law and order. Hence on the basis of it, the concerned act prohibits a civilian in possessing a stun gun.

The use of stun gun in India is restricted to the police officials only. No person other than police officer can use it as it can be highly misuse, as has been mentioned above.

Possession, sale or use of stun guns in area where it is ban or by person who is not authorised by law to acquire it, can result into heavy fines or imprisonment or both.

Under law use of stun gun without authorization can lead to assault and one could be punished for this crime.

Therefore in India use of stun gun is restricted to the police officials, no civilian can possess it due to its high probability of being misused.  The police officers also use it under some limitations and are used to subdue violence rather than inflicting punishment or pain.  Also there is a need of proper training as how it should be used and upon whom it should not be used. Even though stun guns are considered to be safe, some incidents of injury and deaths have come up. Hence, more restriction should be imposed in the use of stun gun by police officials also, so that it could limit the misuse of stun gun by the.

Research shows that should not be used on children, pregnant women, heart patients and ill people as it can result into death. Also if it is being used recklessly by a person or without the knowledge about the proper working of it can also lead to the death of a person.

Hence, after determining the pros and cons of stun guns, it is observed that it can inflict more harm to people than helping them, keeping this in consideration the use of stun gun by public has not been legalised by the Indian Arms Act.