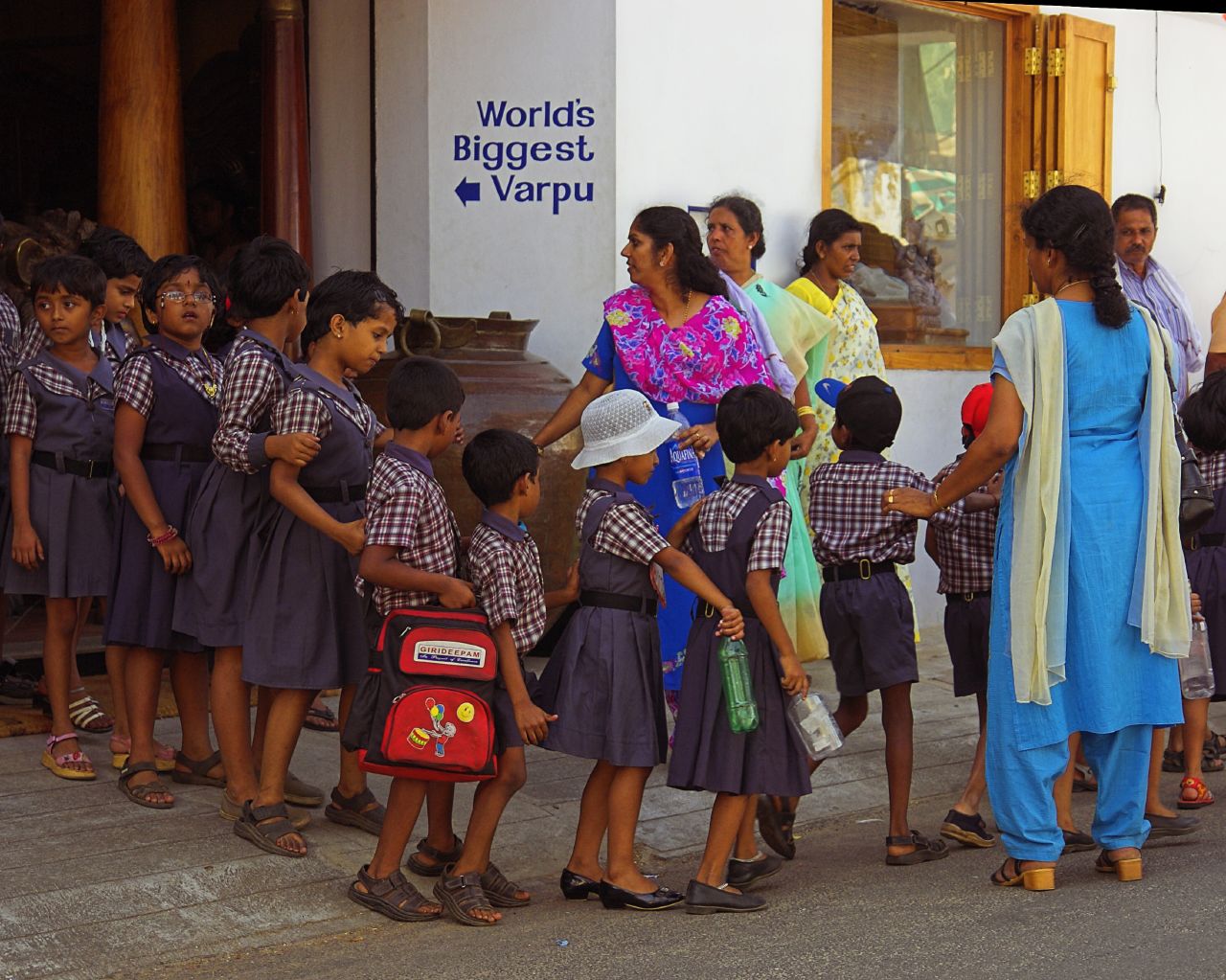 This article is written by Mridul Gupta, a student of UPES, Dehradun.

Sexual harassment at work place is so sensualized these days that we tend to forget about a very sensitive area, and that is child safety at the place of their study. We are so engrossed into the debate as to how make the work place safe that we are ignoring about the safety of our children. The recent case, that took place in Bangalore acted as an eye opener to the country as a whole, it opened our eyes nice and wide! A six-year-old girl got raped by a faculty in a school, “SCHOOL”! This threw open a chain reaction, incidents after incidents were reported in the news that small little girls being raped at schools.

At the school a six-year-old girl was sent to the detention room as a punishment, subsequently faculty members of the school found this as an opportunity to satisfy their “evil” and raped the innocent child. The faculty being the gym “instructors”! Yes, you read it correct INSTRUCTORS. A six-year-old, a small girl got gang-raped.

STIGMA: Imagine that you are a parent and your 5-6-year-old comes and asks you, mom, WHAT IS RAPE? The trauma that a parent will have to undergo after learning about the incident is immeasurable. And the child is unaware about what has just happened to her/him, before even knowing that something wrong has taken place his/her life is ruined. Imagine the pain of growing old with the fact that you have been raped! You were used as an object to satisfy the evil of some psychopaths. Take 5 minutes off and think. Think that something like this can happen to your child when you will become a parent or this can happen to your child anytime if you are already a parent.

After hearing the news about such incidents many people think- ah! “My child is safe” I have admitted her in the best school of the city. For your information, you are heavily mistaken Sir! The School where the incident happened is also among the most reputed schools in the very modern city of Bangalore. One need to think very deeply into this matter, we need to be very particular as to whether the school is safe or not.

UNCERTAIN FUTURE: After such incidents the life of the child is ruined, it is next to impossible that the child would have a normal life after this. She will always in a state of fear, where she will look at every person with a doubt in her mind. These are among the very few examples that can be cited out here to give you an idea that how seriously we need take this matter.

The most common aspect of anything is POLITICS. As soon the matter came into the public domain the media caught hold of the Chief Minister at that point of time and came up with a video, showing the “Beloved” CM sleeping in the assembly. HOW SERIOUS! This appalled everyone. When he was asked for clarification his reply was- “don’t you journalists have anything else to show? Is this the only news?”  Now, I guess you must have understood the gravity of the situation. We all got an example of how irresponsible these “public representatives” can be. After going through all this menace, the state government came up with something positive; this would be discussed later.

The school as usual tried to transfer the responsibility to someone else. The transferee being the instructors and the omnipresent SOCIETY! The management of the school instead of dismissing the principal and the instructors came to their support. As per my reasoning this is the worst act an organization can under these circumstances. The parents were disrespected and were sent out shamelessly by the school authorities when they tried to protest.

This callous behavior can be repeated at the school where your child is studying.

THE REAL ISSUE AND PROBABLE SOLUTIONS

The above example was to bring forth this very serious issue of child safety. The safety of the child at “study place” is of paramount important. In the debate about sexual harassment of workplace, we are ignoring this issue. It needs to be discussed and resolved simultaneously and it needs to be done very soon, we saw in our earlier example that cases after cases were registered no sooner than the incident of 6-year-old girl came into the public domain. Child safety needs to be discussed not only at the primary level but at all levels of schooling with special emphasis on the senior secondary schools, the reason being, at  that stage a girl or a boy are conscious enough to understand the seriousness of this humongous issue.

The Ministry of Woman and Child is dealing with the matter of sexual harassment very seriously and efficiently. The awareness programs and the incidents being reported have acted beautifully in making the people realize their rights and what actions they can take if something wrong happens to them. This was not the case a few years back. The people were oblivious to this heinous act, and were afraid to tackle it. Coming back to be the issue of Child Safety at Study place there are no strict laws or statutes not even guidelines are there. Frightening, isn’t it!  After many instances like cited above in various other cities, the different state governments are coming up with guidelines for the schools. Since we have a quasi-federal structure, the division of power empowers the state government to frame such guidelines.

These guidelines are not laws. We still need some strict law for child safety just like the Sexual Harassment Act. The only statute that somewhat deals with this matter is the Prevention of children against sexual offences (POCSO) Act  This issue is taking the shape very similar to sexual harassment at work place, like initially the Supreme Court issued guidelines in the famous “Visakha” case, and subsequently this Act into existence. In this issue, also the various state governments are coming up with guidelines. Given below are some highlights of various guidelines issued by different state governments in the country.

These are some of the main points; the full guideline can be read: http://www.schooleducation.kar.nic.in/pdffiles/ChildSafetyEng260714.pdf

These are two state governments who have taken the initiative to give the guidelines. Many of the other state governments are either in the process of framing the guidelines or have already framed, all they need is to publish the same. The conclusion that can be drawn out here is that Child safety is as important an issue as sexual harassment at workplace. Being the youngest country of the world we need to ensure full safety and healthy growth of the coming younger generations. The youngest country i.e. India should also be the most productive as well, in order to be productive, education is necessary and keeping this in mind we need a solid law to maintain the place of education stigma free.