This article is written by Vedant Saxena from Rajiv Gandhi National University of Law, Punjab. Through this article, the author critically analyzes the observations made by the Madras high court in ITC limited v. Nestle India Limited., which brought closure to the 6-year long feud between ITC and Nestle.

A seven-year-old legal battle, proceedings initiated by ITC against Nestle India, was finally disposed of by the Madras High Court on June 10, 2020. The suit had been filed by ITC to claim that Nestle’s Maggi Noodles has been passing off their product as those of ITC’s using the Plaintiff’s mark, “Magic Masala” which is similar to that of their product. A single-judge bench of Justice C. Saravanan, after an exhaustive analysis of facts, precedents and evidence, held that there was no passing off of the product.

‘Trademark’ is arguably an immensely important form of IP in the present world. Trademarks are used for distinguishing one’s goods from another. If the 2 goods are found to be similar enough to create confusion in the minds of the people, it would constitute trademark infringement. If the former goods have been registered, a straight-up suit could be filed. In case the goods have not been registered, the only available remedy is an action for passing off. There are several perks of trademark registration.

For instance, when one’s trademark is registered, merely proving deceptive similarity would suffice. However, in an action of passing off with regards to an unregistered trademark, the plaintiff would not only have to prove deceptive similarity but also that his mark has acquired sufficient goodwill, i.e., people must associate the mark with the plaintiff’s goods. The Delhi High Court in the case of Micolube India Ltd. v. Maggon Auto Centre held that in a passing off proceeding, it is essential to prove that the consumer was misled into believing that the impugned goods are the goods of or are connected with the goods of a prior user of the trademark.

ITC had contended that the words ‘Magical Masala’, which Nestle was using on its products were deceptively similar to the words ‘Magic Masala’, which ITC had been using on its product ‘Sunfeast Yippee! Noodles’ since 2010. It must be noted that initially in 2010, the product ‘Sunfeast Yippee!’ was launched in two variants namely, ‘Classic Masala’ and ‘Magic Masala’. Later on, another one was introduced, namely ‘Chinese masala’.

Observations made by the Madras High Court

After a long wait of 7 years, the Madras High Court finally came up with a verdict that the defendants were not passing off their goods as the plaintiff’s.

Critical analysis of the judgment

The observations made by the learned single judge in settling the matter included that the expression ‘Magic Masala’ was common to the trade, laudatory and descriptive of the contents. Although the grounds upon which the court made its decision seem fair enough, certain observations do not seem to fit in the present case.

In the present case, the court had held that the expression ‘Magic Masala’ was an appraisal of the quality of spices in the plaintiff’s product and thus was laudatory. However, although the court took into account section 9(1)(b), the reason to dismiss the mark does not seem to be proper. According to section 9(1)(b), if a laudatory mark has acquired sufficient distinctiveness, it could be registered as a trademark. However, in this case, the court’s decision was solely based on the premise that the expression ‘Magic Masala’ was intended to be used to help the people distinguish between the various flavours of the plaintiff’s product, rather than be identified as a mark of recognition. The court did not seem to have made much of an inquiry as to whether the expression had acquired distinctiveness on account of the plaintiff’s use. The imposement of a  blanket ban on the recognition of laudatory words as trademarks is completely in contravention of trademark law.

The court had held in the present case that the expression ‘Magic Masala’ was laudatory since it was used as a means to distinguish between flavours, and thus could not be recognised as a trademark. However, the court also said had the defendant not used the expression ‘Magical Masala’ then, it would be possible that at a later point of time the plaintiff’s use of the expression ‘Magic Masala’ may have acquired distinctiveness. These 2 observations clearly seem to be contrary, leaving a blot of ambiguity upon the court’s intentions. The latter findings seem to be reasonable and in consonance with section 9(1)(b). However, considering that the expressions in questions are flavour descriptors, as held by the learned single judge, the same would have never ever had the monopoly.

In the present case, the fact whether the plaintiff’s mark was registered or not was completely irrelevant, as this clearly was a suit of passing off. Therefore, the most important point that was to be proved was goodwill in the term ‘Magic Masala’. It would not have made a difference even if the plaintiff’s trademark was registered, as the presence of goodwill, misrepresentation and the likelihood of confusion would still have to be proved.

A reader going through a brief summary of the dispute is likely to incline himself/herself towards ITC’s contention. However, an in-depth analysis would lay down a separate story. The case showed that a mark which is laudatory or has become common to the trade could not be registered as a trademark under usual circumstances. However, as mentioned in section 9(2)(c), if the mark has acquired distinctiveness, i.e., a secondary meaning with regards to the manufacturer’s goods, it could be identified as a valid trademark.

In ITC Limited vs Nestle India Limited, there was a need to establish a ‘long and arduous uninterrupted use’ over the expression ‘Magic Masala’. Moreover, it also had to prove that the expression had acquired a secondary meaning. Having failed to have proven these observations, the court competently settled the matter in favour of Nestle India Ltd.

All you need to know about the Uphaar fire tragedy case 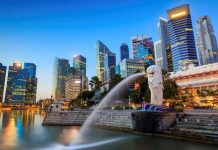 Procedure of filing trademark in Singapore 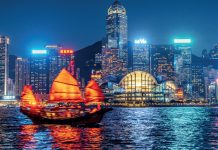