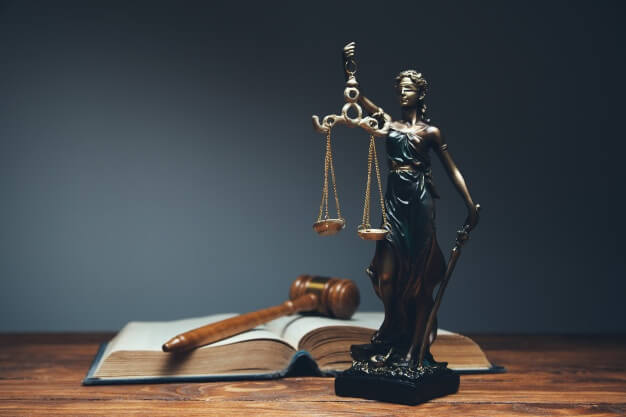 This article is written by J Jerusha Melanie, a student of SRM School of Law, Tamil Nadu. This article presents an exhaustive elucidation of John Rawls’ theory of justice and the principles of justice attempted to be brought forth by him.

Justice can seldom be defined. It has diverse interpretations. Justice for one may not be justice for someone else. However, various jurists have attempted to define justice in the closest way possible. One such jurist was John Rawls, who addressed the concept of justice in his famous book ‘A Theory of Justice.’ Let us try to understand Rawls’ idea of justice.

Who was John Rawls

John Bordley Rawls was an American moral and political philosopher in the liberal tradition. Rawls is considered to be one of the most influential political philosophers of the 20th century. He is a recipient of the Schock Prize for Logic and Philosophy (1999) and the National Humanities Medal (1999). He is best known for his political-philosophical publication A Theory of Justice (1971).

John Rawls was a firm opposer of utilitarianism, which held the view that just or fair actions are the ones that bring the greatest amount of good for the greatest number. He condemned utilitarianism because he opined that it paves the way for governments to function in ways that bring happiness to a majority but ignore the wishes and rights of a minority.

Rawls was a political liberal, which is why he emphasised the need for a state that is neutral between the various perspectives of values. He calls his conception “justice as fairness.” He argues that if all the people in society come together to make collective principles of governing themselves, the outcome would be the rules that are influenced by only certain sections of people. This is because a variety of people exist in society; they may be rich, poor, educated, uneducated, etc. People of such variety are bound to have differences in their opinions and interests. These differences would eventually give birth to a situation wherein justice is compromised to satisfy the interests of the influential sections of people. Ultimately, justice is not achieved.

Trying to figure out ways to achieve justice for all, Rawls proposed a hypothetical scenario where a group of people ignorant of their or others’ social, economic, physical, or mental factors come together to make laws for themselves.

The idea behind this hypothecation is that under such a circumstance, everyone will be virtually equal. Rule-making will not be influenced by the self-centred desires of particular sections of society. Then, there will be no hierarchy in the bargaining power within the collective idea of justice. Under this state, there will also be equal sharing of burdens and benefits among all.

So, the theory of justice proposed by Rawls advocates for a system of rule-making that ignores the social, economic, physical, or mental factors that differentiate the people in society.

Objective of the theory

Now, to create a well-ordered society, Rawls calls to envisage ourselves as a group of competent moral judges, able to decide between conflicting moral and political ideals from the perspective of reasonableness and impartiality. This enabling is facilitated by two hypothetical devices – the original position and veil of ignorance.

As discussed earlier, Rawls’ theory of justice is inspired by the Social Contract Theory as interpreted by the political philosopher Immanuel Kant. Rawls extended Kant’s theory by taking the viewpoint of a hypothetical contract wherein the decision-makers come together to formulate rules for defining the basic structure of a well-ordered society, using set principles of justice. As per Rawls, this formulation is done by observing the following conditions of the contract:

Objective circumstances refer to circumstances that give rise to a situation in which the members of a society co-exist in some identifiable territory and are of some comparable strengths and weaknesses so that no one has an edge over another.

Rawls opines that the most significant objective circumstance of justice is the one in which the resources available to a society are moderately scarce. He stated that to achieve justice, natural and other resources are not so abundant that schemes of cooperation are superfluous, nor are conditions so plentiful that fruitful ventures must inevitably break down. This is because if resources are abundantly and easily available for anyone to use then nobody will need anybody’s help, making social cooperation unnecessary. Contrarily, if the resources are too scarce, there will not be enough scope for social cooperation.

Subjective circumstances of justice refer to circumstances that give rise to a situation in which few members of the society have conflicting interests in the resources available. When such interests contradict the mutually advantageous social cooperation, a need for justice arises.

As discussed earlier, John Rawls calls upon the readers of his book A Theory of Justice to imagine a hypothetical scenario where a group of people ignorant of their or others’ social, economic, physical, or mental factors come together to make laws for themselves. This imaginary initial position of equality, perspective, or viewpoint of impartiality is what Rawls calls an original position (OP).

The original position in Rawls’ theory of justice plays the same role as the state of nature does in the social contract theory proposed by political philosophers Thomas Hobbes, Jean-Jacques, Rousseau, and John Locke.

In the original position, the parties have the choice to select the principles of justice that are to govern the basic structure of society. These principles, as discussed further, are imperative to ensure that the benefits and burdens of society are just or fair to all parties. Rawls proposed that the parties or decision-makers must choose the principles for  society as if they were behind a veil of ignorance.

As per Rawls, the basic institutions of any society should be constructed in a way to ensure the fair and continuous distribution of social primary goods to all parties. The social primary goods, as described by Rawls, are those goods that individuals prefer to have more of rather than less. It includes rights, liberties, opportunities, income, and wealth. He believes that these primary goods are the most accurate representative factors of citizens’ fundamental interests.

To achieve justice for all, it is vital to set aside personal interests and be rational while making rules or decisions affecting society. To reach a rational mindset, Rawls argues that one must imagine himself as if he is behind a “veil of ignorance.” This veil of ignorance is a theoretical device or hypothetical separation between the decision-maker and the society he lives in. It prevents him from knowing any material facts about himself or the people for whom he is making the rule. These factors may be –

Rawls hoped that by ignoring these facts, one can avoid the biases that might otherwise come into a group decision.

There are two main aspects of the veil of ignorance: self-ignorance and public ignorance. Firstly, it abstains the decision-maker from knowing anything about himself. It is essential for him to not know his own position in society, because knowing may tempt him to make decisions that favour his future self considering his private interests. For instance, a legislator having shares in a company of a particular sector may strive to make laws favouring the future rise of that sector, for himself to indirectly be profited by it. Secondly, it abstains the decision-maker from knowing anything about the entities for whom he is making the decision.  Such ignorance is crucial to avoid the personal bias of the decision-maker.

The veil of ignorance makes the parties just be their usual rational selves, instead of being influenced by circumstantial factors. It prevents the privileged from pressurising the vulnerable or underprivileged, as everybody is equal in the original position. The veil ensures that policies are made in the best interest of the entire society, and not just a majority of it.

As per Rawls, to achieve a well-ordered society, the decision-makers under the original position will make choices under uncertainty. The uncertainty will lead them to rationally make rules by selecting the best from a range of options of worst possibilities. They will strive to make rules that ensure that the worst-off people in society do as well as possible.

Rawls stated that in the original position, the members of a society would be led by reason and self-interest to agree upon the following two principles of justice;

Rawls’ first principle of justice states that each person is to have an equal right to the most extensive basic liberty compatible with a similar liberty for others.

As per the principle of equal liberty, all the people in the society must be given certain liberties that are basic for human existence. Such liberties can not be infringed at any cost, even if they may cause greater benefit to a larger mass of people. Some of the basic liberties as stated by Rawls were the freedom of speech, assembly, thought and conscience, liberties required to secure the rule of law, sanitation, wealth, and health.

However, Rawls does not consider the economic rights and liberties like freedom of contract or the right to own means of production, etc. as basic liberties, because economic progress cannot happen without the expense of the ones that do not happen to belong to the larger group.

Clause(A) of Rawls’ second principle of justice is also called the difference principle. It provides that in case of an unequal distribution of wealth and income, the inequality must be such that those that are worst off are still better off than they would be under any other distribution. So, in one way, Rawls opines that no society can exist without economic disparity. However, such a disparity must be diminished as much as possible.

Clause(B) of Rawls’ second principle of justice is also called the fair equality of opportunity principle. It provides that society must facilitate everyone with the most basic means to enable them to participate in social competition. Everyone should have an equal opportunity to compete for the public or private offices or positions that they wish for. This includes providing education, and healthcare.

Just like every other theory, Rawls’ theory of justice is also not free from criticism.

G.A. Cohen, a Canadian political philosopher, criticised Rawls’ theory in his book Rescuing Justice and Equality (2008). He particularly condemned the impracticality of the theory. He opines that society can not work hard without differentiating incentives.

Further, American philosopher Martha C. Nussbaum criticised the theory in her book Frontiers of Justice: Disabilities, Nationality, Species, Membership (2007), stating that it does not consider the disabilities and special requirements of people impaired in some way. Pointing at one of the loopholes of the theory’s advocacy of equal rights and duties, she argued that people with impairment need differential treatment to lead a normal life.

John Rawls’ theory of justice has had a profound role in defining justice in one of the closest ways possible. Though it is near-impossible to come across a real-life circumstance supporting the hypothetical situation illustrated by him, Rawls has succeeded in elucidating the concept of justice as fairness to a great extent.  Most importantly, his theory sheds light on the rights and liberties of minorities, which utilitarianism failed to do.

What is John Rawls’ theory of justice?

What does the veil of ignorance in John Rawls’ theory of justice mean?

All about Aristotle’s theory of justice

Analysis of pigeon-hole theory under law of torts