This article has been written by Aparajita Balaji, a student of Vivekananda Institute of Professional Studies, affiliated to Guru Gobind Singh Indraprastha University, Delhi. In this article, she has discussed the concept related to the joinder of charges, the basic rule governing the framing of charges as well as the various exceptions to the said rule. The powers of Courts related to the joinder of charges have also been discussed.

The basic idea behind the framing of charges before a trial is initiated is that the accused should be informed in a clear, concise and precise manner the allegations which have been raised against him by the victim in front of the court. It is imperative for the accused to know what the court intends to charge him with, which the prosecution requires to prove.

What is a Charge?

The charge is defined under Section 2(b) of the Code Of Criminal Procedure, 1973. According to which, “charges means the head of the charge when there are more than one charges”. To put it in a more straightforward language, after the trial is initiated, the accused person is informed about the allegations which have been raised against him and the provisions of the Code under which he would be tried by the Court. The accusations put up against the accused are thus known as ‘Charges’ in the legal language.

In the case of K. Satwant Singh v. State Of Punjab AIR 1960 SC 266, that the sections of joinder of charges are not compelling in nature. They only permit the joint trial of charges under certain circumstances, and the courts may consider the same in the interest of the administration of justice after thoroughly studying the facts and circumstances of each case.

The exceptions to Section 218

Offences which are committed in the course of the same transaction and tried together. It consists of the following:

Section 221 provides for the cases wherein there is some doubt related to the circumstances and incidents which took place during the commission of the offence. According to this section, if the accused has committed a series of acts which lead to confusion regarding the facts should be proved, the accused might be charged with any or all of such offences or charged for alternative offences. In such cases, the accused is charged for one offence and during the stage of evidence, if it is proved that he has committed a different offence, he may be convicted for the same even though he was not charged with the same.

Section 223 talks about the class of persons who can be tried jointly. This section permits a joint trial of several persons under the specified circumstances as there exists some nexus among the various offences committed. The various classes shall not be treated as mutually exclusive and could be combined together if necessary. According to this section, the following classes of persons may be tried and charged together:

The accused persons whose cases have not been covered under any of the classes of Section 223, cannot himself claim a joint trial. The proviso to this Section puts a check on the discretionary power of the court.

The rules contained from Section 218 to Section 223 have been made for the benefit of the accused. It is not required to treat the various classes of sections as mutually exclusive. The Courts have been given the authority to combine the provisions of more than two clauses. The joint trial of several persons partly by applying one clause and by partly applying another clause has also been authorised.

According to Section 222, if the accused is charged with an offence consisting of several particulars, some of which if combined and proved to form a minor offence, then he may be convicted of such minor offence. Although the meaning of the term ‘minor offence’ is not defined under the code, it means an offence which has lesser punishment than the other offence of which the accused has been charged.

It is not necessary in the summons cases to frame a formal charge. Mere stating to the accused the particulars of the offences which he has been charged with would suffice. In such cases, the question related to the applicability of provisions of joinder of charges arises. Such a question has not been expressly dealt with by the Code Of Criminal Procedure, 1973.

But, it has been established via a number of precedents like in the case of  Upendra Nath Biswas v. Emperor ILR (1913) 41 CaL 694, Indramani v. Chanda Bewa 1956 Cri LJ 1218 that the provisions of joinder of cases are equally applicable to the summons case also.

Withdrawal of remaining charges on conviction on one of several charges

Section 224 of the Code Of Criminal Procedure, 1973 talks about the withdrawal of remaining charges. It is applicable only in cases where the accused has been convicted of one of several distinct charges before the other charges have been tried.

The framing of charge is the most basic step of the process of initiation of a trial in a criminal proceeding. Utmost care must be taken while the charges are being framed as wrong framing may lead to denial of justice. Therefore, one should abstain from wrongful framing and joinder of charges as such an inefficiency would vitiate the very basic essence of a fair trial.

While framing the charges, the judge needs to take care of the fact that there is an existence of a case prima facie and should give his reasons for discharging the case in writing.

The sections which deal with different types of trials only mention that only the duty of framing of charges has been vested upon the courts. The court may alter/ add to any charge at any time before the judgment is pronounced. Moreover, the provisions dealing with the joinder of charges are not strictly applicable to the judges. There is an existence of discretion upon the judges to either combine the charges or try each charge separately depending upon the facts and circumstances of each case. 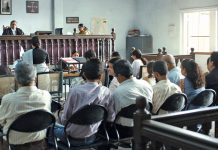 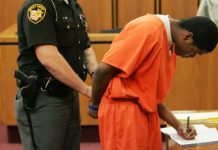