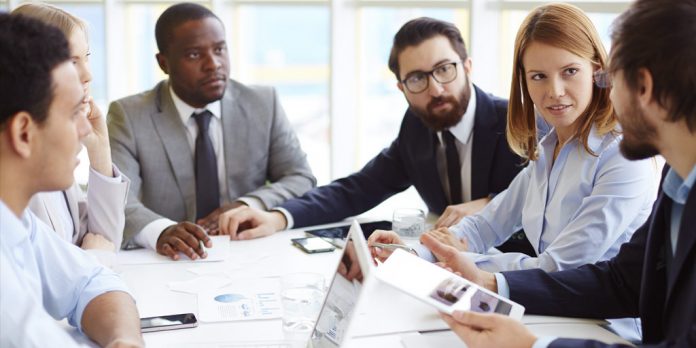 In this article, Piyush Rathi discusses Joint Application for Compounding of Offences by Company and its Officers Under Section 441 of Companies Act.

In today’s corporate world complying with all the corporate laws has garnered quite some importance because of the principle of Good Governance. With non-compliance of the same inviting both civil and criminal penalties. Where for the smooth functioning of the company’s business the companies act (henceforth the act) provides for under section 441 the compounding of such offences by the Tribunal, Regional Director and any officer authorized by the Central Government, the punishment of which is provided in the act with “fine only” or “fine or imprisonment”.

The interpretation of this section, i.e., Section 441 and this section read with Section 451 which concerns with repeated default was recently in dispute in the case of Pahuja Taki Seed v Registrar of Company, NCT of Delhi & Haryana [1]  and was decided by National Company Law Appellate Tribunal, New Delhi on 27th September 2018.

BRIEF FACTS OF THE CASE

While interpreting the scope and Jurisdiction of Tribunal in entertaining the cases of compounding of offences NCLAT overturned the decision of the Tribunal which gave exclusive power to “the Regional Director and officer authorized by central government” to compound offences the maximum amount of which does not exceed Rs 5,00,000/- and the penal punishment as specified in the act is an alternative and not mandatory. Giving the section a plain reading, where pecuniary limitation on the Jurisdiction of the Tribunal in compounding of such cases is non-existent, the appellate Tribunal overturned the restriction put by Tribunal on itself with regards to entertaining such cases and expanded the Jurisdiction of Tribunal to entertain any case where compounding can be allowed as per the act.

A company having separate legal existence one different from that of the shareholder is a well- known Principle in Company Law all over the world and acts done by the company can be separated from the acts by its shareholders but the act has envisaged certain situations in the statute only where this corporate veil can be lifted. In such a situation, the lawmakers realized that it is not the artificial legal personality, i.e., the company that is doing any wrong but it is some person’s non-performance that is making the company responsible. Some of those situations the lawmakers have envisaged and allowed for a lifting of the corporate veil to make that individual responsible. Where the legislator allowed for making the company officials be responsible it also allowed for compounding of their offences those that come within Section 441 that is only those offences the punishment of which is “fine only” or “fine or imprisonment”.

The final argument the judicial outcome of which is worth taking note of pertains to interpretation of section 451 of the act. Section 441(6) (b) of the act restricts the compounding of those offences which are punishable with “imprisonment” or “imprisonment and fine”. Here the wordings of section 451 becomes important which talks about the Punishment in case of repeated defaults where the section states that if within 3 years the company or officer commits an offence, the punishment of which the act deems punishable with “fine or with imprisonment”, twice then for such offence the relevant entity shall be responsible for “twice the fine which is mentioned in the act in addition to any imprisonment provided for that offence.” This section can be construed in two ways and the implications of both would be very different for the cases to come in future.

One way this section was construed by the judicial members of the Appellate Tribunal is by interpreting the penal provisions of Section 451 to be not of mandatory nature and further restricted the application of section 451 for those “same offences” that happened within a period of 3 years where previously the offence has been “compounded”. While arriving at the latter conclusion the court read in “the same offence is committed for the second or subsequent occasions” part of section 451 from explanation A of section 441 (2) which defines “any second or subsequent offence committed after the expiry of a period of three years from the date on which the offence was previously compounded, shall be deemed to be the first offence.” Further while interpreting the penal provision of the section not mandatory the court construed ‘any’ in Section 451 “in addition to any imprisonment provided for that offence” as one leaving the discretion to the prosecuting authority with the power to punish the defaulter.

This reasoning though have various basic problems but the effect what it seem to have reached is first, curbing the scope of this section to those cases only where the same offences has been compounded earlier and within 3 years of that the same default happened by the company and its officials. Further by making the imprisonment optional and at the discretion it allowed for the company and its official to invoke Section 441 where they can compound the offence committed by them repeatedly subjecting it to the discretion of the tribunal whether on repeated default they want to subject the officials and company with penal consequences. Though it is settled that for the purposes of subjecting company with penal consequences would mean for them not being able to compound their offences and not imprisonment.

The problem with the reasoning by the Judicial members of the tribunal is that while restricting the scope of Section 451 by incorporating the definition of “same offence committed for second or subsequent occasion” from the explanation of Section 441(2) which was meant for the meaning of which was meant for that section only the Judicial members have used the definition of specific clause because the law specifically states “for the purpose of this section any second or subsequent offence would mean..” to read in so as to understand the meaning of a clause which is more generic in nature which cannot be done as expressly barred by the legislature.

This section is a new addition to the companies act and was first introduced in Companies Law Bill 2009 and came in the context when corporate India witnessed a massive corporate governance scandal involving Satyam computers which triggered calls for strengthening corporate governance norms in India, which is why there is a complete change in the text of the section from what was proposed and what we see the section as under Companies act 2013. Further, it is to be noted that if the same offence is committed after a period of 3 years this section would not be attracted and it would be treated as the first offence only that shows the intention of the legislator towards harsher punishment.

In the light of these developments and the penal provision of the statute has to be read on the principle of literal interpretation [2] in this light this section has to be read. The section states that when the offence punishable with fine or with imprisonment has been committed twice within a period of three years then person and company responsible for the same would be liable for twice the fine “in addition to any imprisonment provided for that offence”. Here in the absence of words which subject the application of the section to the discretion of courts and construing the penal provisions of the section through above stated principle it could be interpreted that the lawmakers wanted to provide for the punishment in the statute itself and the term “in addition to” would mean “and” in the present case and “any imprisonment provided for” would mean imprisonment provided for in the respective provisions in the statute which is how a technical member of the appellate Tribunal construed the provision as in the present case.

LOOKING AHEAD – A PARADIGM SHIFT IN THE INDIAN CORPORATE LAW

Where allowing the joint application for the compounding of offence committed by the company and its officials seem to have made the procedure easier and efficient which would have practical time and cost-benefit for corporate entities.

Further by restricting the scope of when can section 451 be invoked and providing the discretion, to imprison in case of repeated default, with the prosecuting authority/ courts this seem to have provided the companies and officers with more freedom and have further provided them with the scope to misuse the same.

The implication of this case is still yet to unfold but this case seems to have undermined the efforts of Lawmakers and their intention which they had in their mind while adding a Section as harsh as this. The shift from the market-oriented which involved providing more freedoms to the corporate to an emphasis on stricter control through regulations which could be seen from what was recommended in Companies Bill, 2009 and what came out in Company act 2013. By restricting the scope of Section 451 it seems that through judicial pronouncement this shift is being overturned.