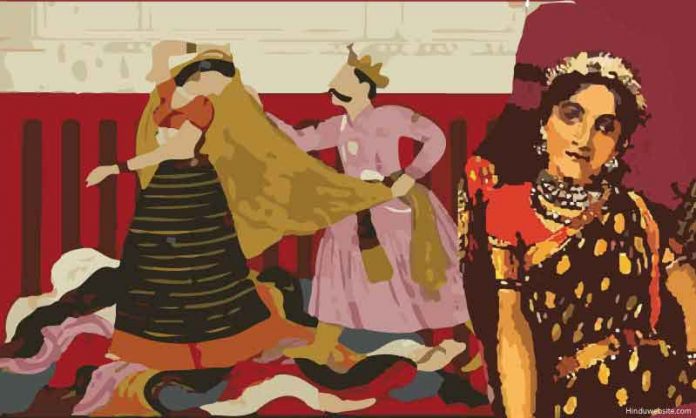 In this article, Sweta Patil discusses how Were Women Oppressed During the Ancient and Medieval India – Analysis of Legislative Framework and Customary Practices.

India has been Patriarchal society since the time immemorial. The biological difference between men and women has named itself as dominion and oppression which has become prime reason for Indian Women Oppression. A recent survey conducted by Thomson Reuters Foundation has Ranked India as first among the list of most Dangerous countries in the world. Another Recent survey conducted by Martha Farrell Foundation  in Delhi Resulted as follows:

In Ancient India an initiation was taken to provide women certain right by calling her as “Ardhangini”. Later Vedic period started many abusive trends such as sati system, Pardha system, Child marriage, dasi pratha, Niyog Pratha, and so on. Garuda Purana stated that “ follow the laws of Vedas or else you will wrath in hell”, this period not only abused them with such trends but also punished for their disobedience. The punishments here was a periodic hell end of one hell starts the other.  In short, we can say Vedas brought a cruel environment to women society.

Manusmriti had a difference with regards to women. Here women were educated, respected and there was clear agony against the dowry system. In fact, “Ladies First” trend was invented during those days. Education was usually for the Brahmins. When there are laws for the betterment of society there should be laws for its protection. This purity of manusmriti got polluted as it included many derogatory statements oppressing women such as “swabhav ev narinam”, “Avidvam samlam”, “Matra swastra” and many more.

Women in Medieval India was made overloaded with responsibilities. Even education was available to a very low extent. Slavery practice was also in process. In this era, women had been given the title as Temple dancers, Devadasis and so on. Irrespective of the above point the freedom enjoyed by medieval women is nothing compared to a Democratic woman. Sati system, Pardha system, Child marriage were still in progress to Oppress Women.

During Medieval age, there was great potential importance for Dowry system in the form of “varadakshina”. Today, Even though there are laws governing the dowry system still many back word families believe in Dowry tradition. Only making laws doesn’t change the world, laws so made should be respected and followed.

India is known for its historical variety and couldn’t leave its process of women Oppression in the history itself. Hence it continued even in modern India.

The era of Pre Independence

The era of Pre Independence started during the 18th century during the war against colonialism of British. Indian Traditional society didn’t bother about the modernization. The customs and practices were just the same as before. Later on, many freedom fighters and leaders started their fight for women’s rights. The great leader Mahatma Gandhi in his Non-violence Movement not only worked for the political freedom of country but also struggled for Indian women equality and progress by asking them to join freedom movements.

Next Comes the Era of Post Independence the 1st prime minister of Independent India Dr. Jawaharlal Nehru once said that “you can tell the Condition of a Nation by looking at the status of its Women”. Traditional people say that women have been given birth just to accompany men and to carry on their family line. The sociologist says that women should strive to get married, have kids, help husband, take care of family then her life is satisfied but on the other hand, man can have dreams, work outside, enjoy both family love as well as one’s own desire.

Our Constitution has given women many rights but the Indian society tries not to leave its traditional philosophy behind. Our constitution has given us the Right to freedom of speech and expression under Article 19 of Indian Constitution but still, our society asks women to “talk slowly”, “watch your expression” and so on. As per the Ministry of statistics and programme implementation literacy rate of women is less than that of men.

Changing society has given both positive as well as negative impact on women. Positive in way of modernizing, equal opportunity or equality in all aspects. But the negative impact in the way of increase in crimes such as assault, rape, women trafficking and so on. According to the National Crimes Records Bureau, in 2016 the rape of minor girl increased by 82% compared to its previous year, across all these rape cases 95% of rapists were not strangers.

Parliament has provided with many laws in order to prevent oppression of women such as:

In this act marriage of a Hindu widow has been legalized. It has given certain rules and regulations for the betterment of Indian women to survive in society.

This Act was basically made during British period to abolish child marriage and to provide certain age limit for marriage. Previously it was 14 years for girls and 18 years for boys then later amended to 18 years from boys and 21 years for boys.

The Hindu Women Right to Property Act of 1937

This act is Governed under Hindu law. This act provides for inheritance power of the wife if her husband dies intestate.

The Hindu Marriage Act of 1955

This act mainly focussed on to provide guidelines for Hindus marriage. It also talked about divorce and separation. It even specified rituals to be followed to call a valid marriage or a valid divorce.

There are many other laws which focussed on the removal of women oppression such as The Hindu Succession Act of 1956, The Suppression of Immoral Traffic in Women and Girls Act of 1956-57, and. The Dowry Prohibition Act of 1961 and so on. All these acts focused on bringing equality in society and removing women exploitation and pave a proper guideline to protect society.

Indian judiciary has made many contributions towards the violation of these crimes which cause women oppression.

Vishakha vs the State of Rajasthan

In case of Vishaka vs State of Rajasthan women named Bhanwari Devi was brutally gang-raped by five men as she was working against child marriage. Trial court acquitted the five accused then Vishaka is a group which works for women took up the case to supreme court to bring justice to Bhanwari Devi and On August 13, 1997, the Supreme Court commissioned the Vishaka guidelines that defined sexual harassment and put the onus on the employers to provide a safe working environment for women[1].

Mary Roy vs. the State of Kerala

In case of Mary Roy vs. the State of Kerala, in this case, women were denied from giving equal inheritance rights as men from the lower court but the High Court overruled its judgment and in 1986 Supreme Court gave women to seek the equal share in her father property[2].

Women got Right to marry and live with anyone of her choice supreme court, in this case, fought for the women rights and bought justice into light[3].

In case of Tamil Nadu vs. Suhas Katti, a victim has been harassed by accused as she refused to marry him, she was even been sent defamatory and obscene messages through online victim filed the complaint in 2004 under Information Technology act and the accused was convicted within seven months[4].

Laxmi vs. Union of India

Even in this case the supreme court took cognizance over  Acid attack cases and imposed some effective regulations on the sale of acid in 2013[5].

Even in the recent case of Triple Talaq on 8th December 2016, Allahabad High Court observed that triple talaq practice is against the constitution and a bill has been passed in 2018 to criminalize the practice of triple talaq. Hence all these instances mentioned above and many other landmark judgments of Supreme Court tried its best to protect women from exposure to these crimes and gave them maximum freedom and equality as that of men.

Women oppression was in question in all the eras of Indian history since ancient days till today, before her birth and after her birth till her death. The ancient era has vanished, its tradition of women oppression also need to vanish. As per the discussion made above women has been treated cruelly every now and then. The society which called women as Durga Devi, Saraswathi, Lakshmi has themselves harassed the women and oppressed her. It is a saying that as there are lawmakers there are also lawbreakers. In the present era even though there are many laws governing women but still there is a lack in its implementation. In the present day, we have to equip our self with new means to under the society in a more better way and try not to oppress women based on gender discrimination. The Supreme Court of India has been trying its best in order to prevent the crime and protect women from cruel world and bring justice in the society. In my opinion, even the Society should contribute towards this regard and accept that women are no longer subordinates to men but they can walk along with men in growing society and live her dream just as every other man.