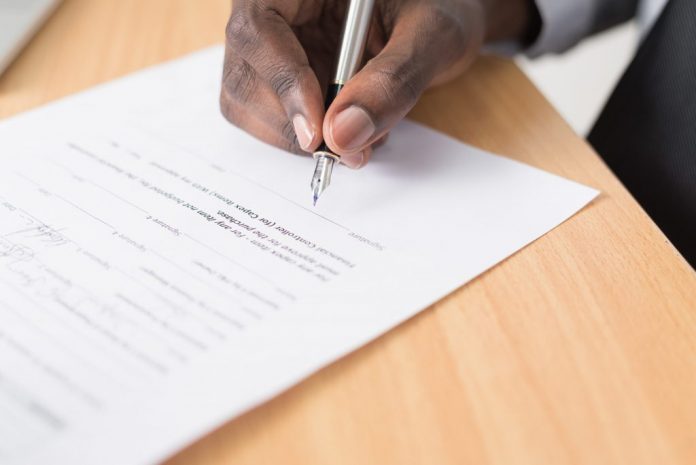 This article is written by Senjyoti Howlader pursuing a Certificate Course in Advanced Commercial Contract Drafting, Negotiation & Dispute Resolution. This article has been edited by Ruchika Mohapatra (Associate, Lawsikho).

The Indian Contract Act, 1872, Section 182 defines an “agent” as a person employed to do any act for another or to represent another in dealings with third parties. The person for whom such an act is done, or who is so represented, is called the “principal”. In the case of P. Krishna Bhatta v Mundila Ganapathi Bhatta, Ramaswami J of the Madras High Court has further explained the concept of agency as “In legal phraseology, every person who acts for another is not an agent.” It is only when he acts as the other’s representative in business negotiations, that is, when contractual obligations between that other and third parties are created, modified, or terminated. Representative character and derivative authority may briefly be said to be the distinguishing features of an agent.

In a contract agency, an agent is a person hired to create a relationship between his principal and the agent. The agent cannot directly enforce the contract, nor is he personally accountable for the contract unless the contract expressly states otherwise. In this article, we will discuss the personal liability of agents.

Chapter 10 of the Indian Contracts Act, 1872, deals with the agency, wherein:

B, who lives in London, hires A to reclaim a debt owed to B in Bombay. A may take whatever legal action is necessary to recover the debt and, in the process, may grant a lawful discharge.

The primary premise of agency, as we’ve seen, is that the agent works on behalf of his principal and, hence, cannot personally enforce the contract. Likewise, he is not personally liable for any of the behavior. Unless there is a contract to the contrary,

An agent is, however, personally liable in the following cases:

In the case of Delhi Express Travels Pvt. Ltd. v. International Air Transport Association and Others, it was held that a contract making the agent personally liable has to be presumed to exist where the principal is residing abroad and/or where the principal, though disclosed, cannot be sued.

In the case of Union of India v. Chinoy Chablani & Co., AIR 1982 Cal. 365, on behalf of the plaintiff, i.e., Union of India, the Mineral and Metal Corporation of India Ltd. made an agreement with the Black Sea Steamship Company of the USSR. Under the agreement, the Shipping Company of the USSR agreed to carry a consignment of some fertilisers from the port of Odessa in the USSR to any port in India. The respondent, i.e., Chinoy Chablani & Co., were the steamer agents in Calcutta for discharging the said consignment. When the cargo was discharged, certain bags containing fertiliser were found cut and torn, and certain quantities were swept only. This loss to the plaintiff (Union of India) occurred due to the wrongful acts of the carriers. The plaintiff brought an action against the steamer agents (Chinoy Chablani & Co.) for claiming damages of Rs. 73, 285. It was contended by the plaintiff that since the shipping company belonged to the USSR and the same could not be sued in India, the agents of the shipping company in India should be liable for the same under section 230, Clause (3).

It was held that in order to make the agent liable under this provision, the first prerequisite is that there must be a contract entered into by the agent on behalf of the principal. Since in this case, the contract had been entered into by the principal (shipping company) with the Union of India directly, the question of the liability of shipping agents did not arise, and they were not liable for the same.

As an example, A borrowed money from B as D’s agent. B was certain that he was. However, this was not the case. A was found to be responsible for B. When a person contracts as an agent, he is not allowed to demand that the contract be fulfilled unless he was acting on his own behalf.

A, in the role of B’s representative, enters into an agreement with C to purchase C’s home. In truth, A is operating on his own behalf, not as an agent for B. The contract’s fulfillment cannot be enforced.

In the case of Aa Bee Resort and Travel Pvt. Ltd. v. Om Prakash Palia, decided by the Delhi State Consumer Disputes Redressal Commission, wherein it has been held that the liability of the agent booking the ticket The agent had sold the ticket on behalf of the airline as its booking agent. Agents here cannot escape this liability.

Again, in the case of Air India and others v. Ranjot Singh and Ors., wherein it has been held that Singapore Airlines, being the agent of Ops No. 1 and 2, cannot escape their liability, A principal cannot escape his liability for the omission and commission of an act of his agent.

Termination of an agency may take place in two ways:

An agency can be terminated by operation of law in any of the following cases:

An agency can be terminated by any of the following actions taken by the parties:

For example, in order to collect the amount loaned to C and D, A designated B as his agent. The amount that was loaned to C was collected by B. As a result, A and B agreed to part ways with their agency connection. The agency is shutting down here.

2.  Revocation of the Agent’s Authority by the Principal

D was appointed by A to act as his agent for the acquisition of certain products. A may cancel D’s authorization at any point before he acquires the products. However, the following requirements must be met before the agent’s authorization can be revoked:

Agencies end either explicitly or implicitly, or through the operation of the law. The principal’s revocation or the agent’s renunciation, or the terms of the agreement or mutual consent, or the principal’s revocation or mutual consent, a variety of scenarios exist in which it is plausible to believe that one or both parties do not want the connection to continue, and therefore an agency terminates implicitly. When one of the parties dies or becomes incompetent, or if the agency’s object becomes illegal, the agency will be terminated by the operation of law. However, because an agent may appear to have residual authority, the principal should warn anybody who might deal with the agent after the agency is terminated.

Rights of a surety

All about discharge of a contract

Refusal to accept an offer of performance