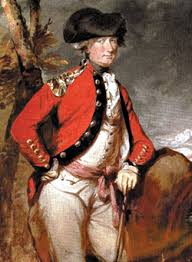 In this article, Shauree of MNLU discusses Judicial Reforms of Cornwallis.

Lord Cornwallis succeeded Warren Hastings as the Governor General of India. He put forward certain conditions before The Crown before accepting the post of Governor-General. They were:

The number of districts in Calcutta were reduced from 36 to 23.

A collector was appointed in each district. He was an Englishman. Collector was assigned with two tasks – to collect revenue and to decide cases arising out of revenue matter.

He also presided over the Magistrate’s Court as a Magistrate, where he was empowered to try and punish cases of petty crimes and offence upto Rs. 200. Offences having value of more than Rs.200 would be sent to the Sadr Nizamat Adalat by the Magistrate.

But the decree passed by the Registrar was not final until it was signed by the Mofussil Diwani Adalat i.e. the Collector.

The districts were divided into four divisions – Murshidabad, Calcutta, Dacca, and Patna.

Mofussil Faujdari Courts were the district level criminal courts. They were abolished and replaced with Court of Circuits.

A court of Circuit was Established at each of the four divisions. It was presided by 2 servants of the company and they were assisted by Muslim law officers – Qazi and muftis. It was not a stationary court. Instead it was a moving court which moved from district to district in their respective division to try criminal cases. They visited each district of their division twice annually.

The salaries of all Judges of all court were fixed and increased to control corruption that was prevalent in the current system of justice.

Collector to make a report of the working of courts he was incharge of i.e. the Magistrate, Mal Adalat and Mofussil Diwani Adalat; and send it to the British Parliament of England bi-annually and annually.

The post of Nawab, who used to preside over Sadr Nizamat Adalat was abolished as he did not carry out criminal justice properly and it was now presided by the Governor General-in-council instead.

Court fees was introduced to reduce the burden on courts. Court fees was only charged for pleaders of the court and for calling the witnesses of the case.

A questionnaire was sent to the magistrates asking for their opinions on the prevailing criminal judicial system.

Defects of the Judicial Plan of 1790

The magistrates’ opinions in the questionnaire sent to them revealed the evils of the criminal justice system. This made Cornwallis realize that certain vital changes were required in the system of criminal justice.

Cornwallis resolved to abolish the authority of Nawab over the criminal judicature and to transfer the administration of criminal justice from Muslim Law officers to the Company’s legal servants.

Court of Circuits were moving courts which were overburdened with cases, which caused them delay in moving from one district to another and could not visit some districts twice annually due to the delay.

There was a lot of collective power of administration and judiciary vested with the collector which made him abuse his power.

Revenue courts which exclusively tried cases arising out of revenue matters and presided by the Collector as Judge, was now abolished.

All powers and pending suits of the Revenue courts were now transferred to Mofussil Diwani Adalats and thus not tried by the collector.

The Governor General and his council were now subject to judicial control. Any wrong acts committed by them while carrying out their functions and outside of it could be heard or tried and punished by the Diwani Adalats. Suits against the Government by private individuals could be brought forward and were tried by the Diwani Courts.

British could recover claims from Indian natives and vice versa by signing a bond with each other agreeing to go to court.

Earlier the appeal from the Mofussil Diwani Adalats lay to the Sadr Diwani Adalat situated at Calcutta. But this process for time consuming and expensive so provincial courts of appeal were established at each division i.e. Patna, Calcutta Murshidabad and Dacca. Appeals from the Mofussil Adalat now lay to the provincial court of appeal which were to be heard within three months of filing them. These courts were presided by three covenant English servants of the company. Quorum was of two servants. It was an open court and could try revenue, civil and criminal cases. They could also try cases referred to them by the Sadr Diwani Adalats.

Cases valued more than Rs. 5000 were referred to the King-in-council.

Personal Laws of Hindus and Muslims were applicable in cases relating to marriage, inheritance, caste, religious usages and institutions. These personal laws were interpreted by the native officers who were appointed to assist the court to expound the personal law

It was highest court of appeal in India. It was presided over by the Governor General and the Council who were the Judges of the Sadr Diwani Adalat. Their function was to supervise the lower courts and to hear appeals from the provincial courts of appeal when the sum of the matter of the case was more than Rs.1000.

Further an appeal from the Sadr Diwani Adalat lay to the King-in-council, when the sum of the matter of the case was more than Rs.5000.

The court of circuit was merged with the provincial court of appeal. The power of the collector as a magistrate was taken away and was vested in the judges of the diwani adalats instead.

The Sadr Nizamat Adalat was directed to to follow the muslim personal law to try and punish criminal cases, but with some modifications. The relatives of murder victims did not have a provision to pardon the murderer. The cruel and inhuman punishments such as cutting off limbs of the offender were replaced with punishment of imprisonment and hard labour for 14 years.

Court fees which was imposed in the judicial plan of 1787 was abolished. The court fee was abolished so that the people could easily reach to the court for securing justice.

The legal profession was recognised in India for the first time. The pleaders of the case had to have prior legal knowledge to be eligible to be a pleader of the court.

Defects of the judicial plan of 1790

The provisions of multiple levels of appeals made the judicial machinery complicated and slow moving. Thus, large number of cases remained pending in the courts for long period.

The Indians were totally excluded from the judiciary except at very low level of munsif. Cornwallis was of a belief that the Indians were unworthy of holding any position of responsibility because of their character. This distrust shown towards the Indians generated the dissatisfaction among the native people as well as made the system less efficient as the English servants did not know and understand the customs, usages, etc. of the people; therefore Europeans could not understand nor provide solutions the problems of the natives.

Cornwallis did everything on procedural side but he could not reform the substantive part of law mainly the criminal law which was based on Muslim law and had many defects.

Through his various judicial plans, Cornwallis was successful to uproot the evil of corruption. Though Cornwallis was a just administrator, he was seen as a racial discriminatory as he reserved all the high posts of judicature for the Europeans. Even though Cornwallis almost perfected the administration of civil judicature, the problem of criminal law was still prevalent as the criminal law was based on Muslim personal law which already had prevalent defects in it.