This article is written by Chandan Kumar Pradhan from KIIT school of law, Odisha. This article talks about the judicial separation of a husband and a wife under the Hindu Marriage Act, 1955.

In modern laws, if a person does not want to stay in married life and does not want to extend any longer then he/she can request relief under the Hindu Marriage Act, 1955 by way of the Judicial Separation.

The concept of marriage in Hindu Law

Marriage is one of the most essential Sanskaras(values) of nature. The religious duties of marriage have three features in the following:

Hindu Marriage was designed to be a religious ceremony and conducted formally to give specific blessings; the consent of the parties didn’t hold any significant place in old Hindu Law.

Under Section 12 of the Hindu Marriage Act, it is  defined that a marriage is voidable if the following are satisfied:

Section 5 of the Hindu Marriage Act,1955, defines that a marriage is valid if the following conditions are satisfied:

Section 11 of the Hindu Marriage Act,1995 states that a marriage is void if the clause (i), (vi), (v) of Section 5 is not satisfied. These are clauses in the following:

The advanced concept of marriage is contractual in nature. It takes the ethics of liberty and equality(free choice and Individuals). Today, it is an established opinion of the people that marriage is to be operative and must be an agreement by choice entered into by both parties.

The Hindu marriage is based upon the elimination of the dominion of the father over his daughter. The relationship between a husband and wife is quite beautiful and it is the religious duties of Hindu law. The religious ceremony is compulsory for all kinds of marriage.

There were eight forms of marriage. Out of those, four are approved and the other four are unapproved. They are in the following:

The Hindu Marriage Act, 1955 does not give any particular provisions for any form of marriage.

Looking at from another side, in Hindu society, there are commonly two forms of marriages as given below:

Under Section 7 of the Hindu Marriage Act, 1955 it is defined as the marriage which happens, should be formal and with the consent of the parties. Saptapadi is an essential part of the ceremony of marriage.

Hindu Laws also allow the inter-caste marriages between Hindu and a non- Hindu but in some special provisions under Special Marriage Act,1954.

The concept of Judicial Separation

Judicial Separation is a medium under the law to give some time for self-analysis to both the parties of a disturbed married life. Law gives a chance to both the husband and wife to rethink about the extension of their relationship while at the same time guiding them to live separately. By doing this, the law allows them the free space and independence to think about their future path and it is the last option available to both the spouses for the legal breakup of the marriage.

Any spouse who is hurt by another spouse, can file a petition for Judicial Separation in a District Court under Section 10 of the Hindu Marriage Act, 1955 and the following should be satisfied:

Every petition should according to Order VII Rule 1 of the Civil Procedure Code, 1973 must contain:

It is given under Section 10 of the Act; the spouse can file a petition for judicial separation on the basis of the following grounds:

Adultery [Section 13(1)(i)]- It means where any of the spouses voluntarily had sexual intercourse with any other person except his/her spouse. Here, the aggrieved party can claim the relief but that intercourse should be placed after the marriage.

Case- Revathi Vs. Union of India and Ors – In this case, the Court held that Section 497 of IPC is prepared like, a husband can not prosecute the wife for defiling the sanctity of the married tie by the charge of adultery. The law does not permit the husband of the offending wife to prosecute his wife and the wife also has not permitted to prosecute the offending husband for being disloyal to her. Therefore, both the husband and wife have no right to strike each other with the weapon of criminal law.

Cruelty [Section 13(1)(i-a)]- When the spouse treats his/her partner with cruelty or inflicts any mental or physical pain after the marriage. The sufferer can file a petition on the grounds of cruelty.

Case- Shyamsundar Vs. Santadevi – in this case after the marriage, the wife was badly harmed by her husband’s relatives and the husband also stood lazily, taking no steps to protect his wife.

The Court held that the intentional neglect to protect one’s own wife amounts to cruelty on the husband’s part.

Desertion [Section 13(1)(i-b)]- In this section, it is defined that if the spouse left the other spouse for any reason without informing him/her for a period not less than 2 years before filing the petition by another spouse, desertion gives a right to claim relief of judicial separation for the hurt party.

Case- In the case, Guru Bachan Kaur Vs. Preetam Singh, the husband filed a petition for divorce after 7 years of declared desertion and never understood the problems of the wife who was also a working woman. But the wife was willing to live with her husband at her house in the place of her service.

The High Court held that there is nothing like mutual desertion. One party has to be guilty in desertion.

Conversion/Apostasy [Section 13(1)(ii)]- If any spouse gets converted into any other religion other than Hindu, then the other spouse can file for judicial separation.

Case- In Durga Prasad Rao Vs. Sudharshan Swami, it was observed that in every conversion case, formal rejection of religion or operation of the sacrificial ceremony is not essential. Therefore, in the case of conversion, the question of fact arose.

Unsound mind [Section 13(1)(iii)]- If any spouse in a marriage is suffering from any mental disease which is difficult to live for the other spouse with the sufferer. The other spouse can claim relief from judicial separation.

Case- Anima Roy Vs. Prabadh Mohan Ray (AIR 1969) in this case, the respondent was found suffering from an abnormal disease after 2 months of marriage. The doctor who checked the respondent also could not find the particular time of starting the illness. Therefore, it was held that disease was not proved at the time of marriage.

Leprosy [Section 13(1)(iv)]- If any spouse suffering from any disease like leprosy,  which can not be recovered, then the other party can file a petition for judicial separation because he/she can not waste their own time due to the sufferer.

Illustration- ‘A’ a sufferer of an abnormal disease and ‘B’ is the wife of ‘A’. If ‘A’ is suffering from a disease that is incurable and the doctor also can not understand the disease. In this case, ‘B’ can file a petition for judicial separation if she doesn’t want to continue with her husband.

Venereal Disease [Section 13(1)(v)]- If any party to a marriage or a spouse has any type of disease which is incurable and communicable and the spouse does not know about the fact at the time of marriage, then it could be a valid ground for the spouse to file petition for judicial separation.

Illustration- ‘A’ is suffering from an abnormal disease that is spread by communication. The disease which is irrevocable. In this case, ‘B’ the wife of ‘A’ can file a petition for the judicial separation in good faith for their future of the two children.

Renounced the World [Section 13(1)(vi)]- In Hindu law, by renouncing the world means “Sannyasa”. Renunciation from the world conveys that the person has given up the world and leading a holy life. He is considered a civil dead. If a spouse renounces the world to live a holy life, his/her partner can file for judicial separation.

Illustration- If ‘A’ changed his religion and went somewhere, where people also can not find him. ‘B’ the wife of ‘A’ got hurt so much by hearing this news. Therefore she can file a judicial separation.

Civil death/Presumed death [Section 13(1)(vii)]- If a person is not found for 7 or more years and their relatives or any other person have not heard from him/her or it is believed that he/she may be dead. Here, the other spouse can file for judicial separation.

Illustration- ‘A’ and ‘B’ have been husband and wife for 4 years and suddenly the husband disappeared for about 8 years. ‘B’ as his wife she did her best to find her husband in these 8 years but she couldn’t find him. Then, ‘B’ can file the judicial separation for this case.

Additional grounds for the wife to claim justice

Bigamy [Section 13(2)(i)]- It means if the husband is remarried while he is already married, both of his wives have a right to claim the petition for judicial separation with a condition that, the other wife is also alive at the same time of filing.

Illustration- ‘A’ and ‘B’ are the husband and wife for 5 years and they are happy with their family. Suddenly ‘A’ remarried another woman ‘C’ without the consent of his 1st wife ‘B’ and ‘C’ also did not have any idea that ‘A’ is married earlier. When ‘B’ and ‘C’ got to know about this. ‘B’ can file a petition for judicial separation.

Rape, sodomy or Bestiality [Section 13(2)(ii)]- The wife has a right to file a petition for judicial separation if her husband is guilty of charges like rape, bestiality or sodomy after the marriage.

Illustration- ‘A’ and ‘B’ are the husband and wife from 3 years, if the husband ‘A’ raped any other woman and he is found guilty for that, then, in this case, the wife ‘B’ can file the petition for judicial separation.

Repudiation of marriage/A option of puberty [Section 13(2)(iv)]- If a girl’s marriage happened before attending 15 years of age, then, she has a right to claim judicial separation.

Illustration- There is a girl of 14 years old and she is from a tribal area. There,  child marriage is a very common nature, her parents give her as a present to the bridegroom without her consent. After marriage, this Act does not allow for leaving a relationship without any valid reason. There should be particular grounds on which the spouse can file a case for judicial separation or divorce.

This Act has a great rule to solve the disputes between the spouses and free them from marital ties. In this case, she filed a petition for judicial separation because of her below age.

Difference between Judicial Separation and Divorce

A marriage is considered as a sacred relation in our nation but a person should have an exit from a relationship when he/she is not happy with that relation. People have faith towards the Hindu Marriage Act, 1955 that they can seek relief from the marriage by filing a divorce.

This Act does not allow for leaving a relationship without any valid reason. There should be particular grounds on which the spouse can file a case for judicial separation or divorce.

This Act has a great rule to solve the disputes between the spouses and free them from marital ties. 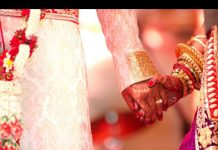 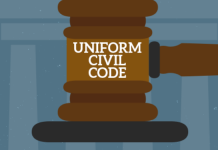 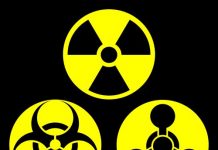