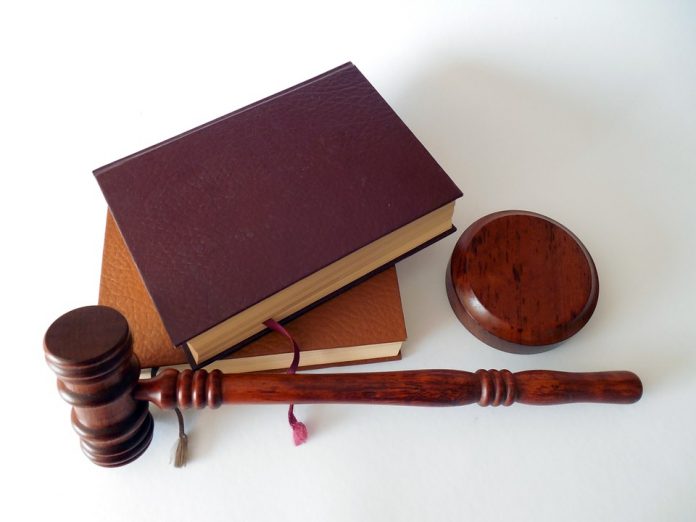 This article is written by Anshika Gubrele currently studying in Bharati Vidyapeeth New Law College, Pune. In this article, the author discusses her opinion and insights to prepare for the judiciary in the initial years of college and the scope of the judiciary as well.

During law schools, students generally realize their capabilities and interests which help them to opt for a particular field after completion of their law degrees. Many law students dream of becoming a judge, the most honored position in the entire legal system. There are several attributes associated with a Judge. Some of them include excellent legal knowledge, good judgment power and the skills of being impartial and honest while delivering a judgment.

To become a judge in India one must qualify the Judicial Services Examination.

About the Judicial Services Exams

The second one is for the higher judicial services mainly for the practicing lawyers who have been practicing as an advocate for a minimum period of seven (7) years. The prescribed duration of practice may vary in different states.

What is the eligibility criteria?

For the lower judicial services, one must earn a bachelor’s degree in law with one’s name registered under the Advocates Act 1961. The minimum age required is generally 21 to 35 years but different states may prescribe a different age limit.

For higher judicial services, the person must have been practising as a lawyer for up to 7 years or more. The minimum age required is 35 years.

The test is generally conducted in 3 phases –

Mains Examination: It will be a subjective test comprises of questions related to General Knowledge, Language, and Law.

Viva Voce or Personal Interview: It is an individual interview of every candidate qualifying mains examination. It basically analyses the overall personality of the candidate.

Generally, this structure of examination is followed in most of the states but in some states, the syllabus may vary.

The paper consists of objective type questions asked from various areas of law such as the Civil Procedure Code, Transfer of property act, Code of Criminal Procedure, Evidence act, etc. The medium of paper will be English carrying 100 marks.

The paper is entirely subjective and questions on law-related topics are asked such as questions on Contracts, Indian Penal Code, CPC, etc. A question on essay writing on any current legal issue is also included in this subjective paper. It also carries 100 marks and the medium of paper can be either in English or Marathi.

It is in the form of an interview in which every candidate qualifying mains is eligible. Questions on the constitution, code of civil procedure and legal current affairs can be asked

The paper consists of objective type questions and maximum marks allotted for the exam are 200. The questions covered are based on general knowledge,  English, aptitude and specific areas of law.

The paper is a subjective type paper including questions on general knowledge and language, civil law and criminal law.

Candidates successfully qualifying the mains examination will be eligible for interview.

The applicants qualifying mains are called up for the interview.

The examination is held in two different stages –Written exam and Viva-voce.

The written examination firstly checks the legal knowledge of the candidate and secondly the writing skills. Candidates need to secure minimum prescribed marks in the written exam to be able to get eligible for Viva-voce or interview.

Students must prepare a daily schedule including all the subjects with specific time devoted to each subject. They must implement the same every day. Generally, it is recommended to start preparing in the initial years of law schools to get a good understanding of every subject from the very beginning.

Besides this, the candidates must daily go through the newspapers to get knowledge of the current affairs from all around the globe. It is advisable to go through all the past year papers as well to get a better understanding and a general outlook of the examination. Thus, a proper schedule and implementation of the same is the most important preparation strategy and will help candidates in achieving their targets.

Books recommended for the preparation of Judicial Exams

Candidates can prefer books of their choice and study from self preparatory notes as well. According to me following are some books which can be referred:-

Problems faced by students during the preparation of Judiciary

The very first and foremost problem faced by a student is how to prepare for the exam. Thus many legal experts advise going through the past year papers as it helps the students to get a fair idea about the paper pattern and the important sections or questions on which they need to give more emphasis on.

Secondly, time management happens to be a challenge for most of the students. They

generally end up giving more time to other sections which cause mismanagement and thus they are enabled to complete their papers at the given time. To avoid this, students must have a daily practice of the previous year papers with proper time being allotted to every section. This will help them in enhancing their speed and avoiding mismanagement during exams.

Keeping a target for each day and achieving it accordingly will benefit a lot in the whole preparation. This will also help in evaluating one’s own progress.

What should be the mode of study?

Apart from studying books, one can also have access to online material provided by various coaching centres. They can join test series of the respective institutions of their choice and give mock tests as well in order to analyse their level of preparation. Thus the mode of study depends on each one and can be online and offline both.

Should one prefer coaching or not?

If students start preparing early in the initial years of their college and are thorough of their subjects then they naturally find easier to study on their own. One can prefer coaching if he/she has problems in the basic understanding of the syllabus. It will, therefore, provide assistance and proper guidance to such students.

1.MP Judicial Examination topper,2017 Sonal Gupta(Rank 1) – Topper of Judicial Services Examination 2017 said that time management and self-discipline are the key factors to succeed in Judiciary exams. She used to practise questions regularly to give quality content and avoid mismanagement of time. She believes in working hard as hard work will only lead to success.

3.UP Judicial Examination Topper 2016, Divyakant Singh Rathore (Rank 48) –  According to him one should make a strategy according to his comfort and implement the same. He believes in self-studies as it helps in clarifying the concepts well.

The Judiciary in India follows a hierarchy which has been clearly mentioned in our Indian Constitution.

Judges of Supreme Court also have a tenure of service till they attain the age of 65. They can also be removed by the Parliament in the middle of their tenure if found guilty of misconduct and misbehavior.

Judiciary is completely a worthy option for the students who want to enter into public services and desire to do something for the nation by becoming a part of the Indian legal system. Cracking judicial exams and becoming a judge is not a cakewalk. It requires efforts and patience. Thus, students who are preparing for judicial exams must have self-discipline in themselves. During the preparation of the examination, they must be honest to themselves about the extent of preparation. They must devote their maximum time to studies and manage their time carefully. Being thorough with the bare acts is always advisable. Proper planning, discipline, and continuous hard work ultimately lead to success in judicial exams.