This article is written by Ajay Birbal, pursuing a Certificate Course In Technology Contracts from LawSikho.

In this modern century, the internet is a form of communication which transcends the borders. Transactions are no longer confined to a well-defined border of a nation. With the advent of websites like Alibaba, Indiamart etc., transactions are being negotiated and conducted online. Besides, personal physical presence is no longer necessary to enter and sign the contract. With this being said, the concept of E-Contracts developed.

However, these cross-border transactions have created legal complexities that continue to puzzle the courts and the experts even till date. These E-Contracts create regulatory, jurisdictional and taxation complexities leading to uncertainties. Besides, no single authority has control over the internet which makes it difficult to enforce the orders passed by the courts. Unawareness of the common public is a massive hindrance leading to rise in accidental breaches of contract.

E-Contracts are those contracts that are not paper based and are electronic in nature. These generally are made by parties living in different jurisdictions and for the convenience of these parties. In other words, E-contract is a mere legally binding contract which has been entered in a digital form by parties located faraway. E-Contracts have ease of use, low transaction cost, are time saving in nature and have enhanced security. The digital signatures attached to these contracts are quite secure and difficult to replicate.

Status of e-contract in India

In India, the Indian Contract Act, 1872 is the mother law governing all contracts, including online contracts. As per the act, the essentials of the valid contract:

In India, there are no chief regulations or laws governing E-Contracts. However, there are some sections of the Information Technology Act, 2000 that deals with the E-Contract.

As per the Section 4 of Information Technology Act, 2000, an electronic version of any document would be treated in the same manner as a written or printed version. Hence, a contract made over the email form would be treated as a contract made in written form. Section 10A of IT Act, 2000, gives express validity to E-Contracts. If the offer, communication of offer, acceptance and revocation is made through electronic form or an electronic record, it will be deemed valid.

However, Section 1(4) of the act excludes the application of the act on the documents mentioned in the First Schedule meaning these have to be executed in the physical form. Currently, these documents have been mentioned:

E-Contracts are usually boilerplate contracts covering the website and the software. The user usually doesn’t have negotiating power and is forced to accept the contract in its present condition. Common forms of E-Contract include:

Examples of transactions that would require user’s assent:

The Internet has no precise boundary. Each country has diverse laws making it harder to determine which laws of the state will be valid in case of breach. Parties may have different nationalities and the subject-matter of the contract might be living or carrying on their business in another state. Contracts may also have been signed in entirely different states altogether which has no nexus with the parties or the subject matter. What happens if the parties enter into dispute? Which courts shall and shall not have the territorial jurisdiction to adjudicate the dispute?

Even the structure of the internet complicates things. The website server may be located in the U.S.A and the content may have been delivered to visitors in India via CDN (Content Delivery Network) located in Dubai. In this case, it’s hard to determine where Cause of Action rose. Is it Germany, U.S.A. or India where content was viewed?

Typically, an entity in a well drafted E-Contracts usually specifies the provisions to determine the courts which would have the jurisdiction in case of disputes. However, most of the time it’s left to the court to determine whether it has a jurisdiction or not.

The U.S. Supreme Court in International Shoe Co. v. Washington laid two-part test to determine the jurisdiction in such cases as following:

In Burger King Corp. v. Ridzewicz, U.S. Supreme Court further clarified that the physical presence of the defendant was not necessary within the jurisdiction of the forum court for the purposeful availment test. In Neogen Corp. v. Neo Gen Screening, Inc the Court of Appeals held that the Purposeful Availment requirement is satisfied if the website is interactive enough to a degree that it specifically intended interaction with the resident state.

The following three-prong test was given in Zippo Mfg. Co. v. Zippo Dot Com, Inc for the determination of the jurisdiction of the forum.

Since the Zippo Sliding Scale Test was given in the Early Days of World Wide Web, it caused legal complexities in later period. It was found ill-suited for modern internet jurisdictions problems. As a result, the Effects Test, also known as Calder Test, was advocated as an improvement over the Zippo test.

It was first evolved in Calder v. Jones, the U.S. Supreme Court held that the courts will exercise jurisdiction if it is proved that the effect or injury due to the defendant’s website is felt in the forum state.

U.S. Courts now apply a mixture of the above three tests to determine the jurisdiction.

In India, Civil suits have expressly been given power to try the civil suits unless barred as per the Section 9 of the Civil Procedure Code, 1908. Section 13 of the same act also recognises the judgments given by the foreign courts having competent jurisdiction and provides for their enforcement except under few circumstances.

As per the Section 20 of the same act, two principles fundamental have been prescribed to determine the jurisdiction:

Delhi High Court had made observations on internet jurisdictional issues in the case of Independent News Service Pvt. Ltd. Vs India Broadcast Live LLC and Ors, the court stressed on the importance of level of interactivity. Where the target audience and the customers of the website is located, the court can exercise its jurisdiction irrespective of the location of the defendant.

In Banyan Tree Holding (P) Limited v. A. Murali Krishna Reddy and Anr.Delhi High Court took inspirations from the latest developments in American Courts and applied them in cases before them. It held that merely accessing the website in Delhi won’t confer the jurisdiction to the court and that it is not merely enough to prove the interactivity of the website. Instead, it has to be proved the intent of the website creator was to conclude a commercial transaction with the user and such use resulted in injury and harm to the user. Firstly, the plaintiff must show prima facie that the specific targeting of the forum state by a defendant resulted in an injury or harm to the plaintiff within forum state to invoke Section 20 (c) of the Code of Civil Procedure. Secondly, it must be proved that the injurious effects have been felt by the plaintiff in the forum state.

E-Contracts are double edge swords as they have advantages and disadvantages. E-Contracts have made it easier to enter into contracts globally. However, in case of disputes which more often than not, transcends borders leads to jurisdiction uncertainties. There are no codified statues, rules and regulations governing internet jurisdiction in major countries. As analysed above, the position is still in its infancy stage, especially in India. Even the Learned Judges have made the statement that Banyan Tree Judgement has to be applied on a case by case basis and isn’t the straight jacket formula. There is an urgent need of rules, regulations and laws governing these contracts. 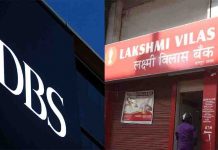 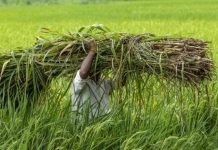 A discourse on the new agriculture laws for farmers