This article has been written by Vanshika Agarwal.

Historically, in the western world, Judeo-Christian ethos were responsible for inspiring disgust towards same-sex activity. This disgust was based on widespread acceptance of gender normative and heteronormative ideals. Society was very prudish and the government used to enforce public morality by controlling the behaviour of people even in their bedrooms. It was believed that any sexual activity that did not result in procreation was immoral and per se wrong and this included every non-peno vaginal activity. With the advent of ideas of individual freedom and liberty including the freedom to be and live the way ones chooses for himself/herself, came the urgency to alter or do away with laws that infringe personal dignity and identity.

The battle for LGBTQ+ rights has been long and many jurisdictions in the world, including India, have given legal recognition to normalcy of these identities. Some countries have even made changes in their civil rights laws to give marital recognition to these relationships. India has not done that yet and recently, a public interest litigation has been filed in Supreme Court to legalize same sex marriage. We have to wait and hope for a positive outcome. However, circumstances are not all positive and uniform for LGBTQ+ community all over the world. There still exists widespread homophobia and many societies are unwilling to accept this identity. Lack of legal recognition not only interferes with life and dignity of people belonging to LGBTQ+ community but also thrusts the lives of these individuals underground, where they can’t safely indulge in normal activities enjoyed by heterosexual couples.

England established a colonial empire and enjoyed immense control over many countries all over the globe. With this much power, came the responsibility to make laws. These laws were made enshrining the morals and ethos of English Society of the time, which criminalized homosexuality.

With time, the Colonial Empire disintegrated and so did their power over the world. Yet, many countries decided to retain various English laws for their domestic governance. That is the reason why both India and Singapore have similar provisions in their penal codes, rendering Section 377 of India Penal Code and Section 377A of Singapore Penal Code effectively identical. While both England and India have done away with homosexual criminality, Singapore still lags behind.

When Section 377 was read down in India, it raised hopes in Singapore that the discriminatory law in their jurisdiction would be struck down as well. However, that did not happen. In the next part, I have tried to explain why the same outcome was not experienced in India and Singapore on the basis of Jurisprudential differences enumerated by Indian and Singapore courts on Consensual Homosexual Sex.

In England, the law used to punish homosexual behaviour was Buggery Act of 1533. Due to the expansion of the colonial empire and the reign of the East India Company in India, a law commission was appointed with Thomas Macaulay as its head. He formulated and enacted the Indian Penal Code of 1860, which was reflective of English time, culture and society. Section 377 of this code stated that “whoever voluntarily has carnal intercourse against the order of nature with any man, woman or animals, shall be punished with imprisonment for life, or with imprisonment for a term which may extend to 10 years, and shall also be liable to fine”.

IPC was re-enacted by  Straits Settlement Penal Code 1871 and Section 377 was introduced para materia in the Penal Code (Singapore). While Section 377 was repealed in 2007 in Singapore to target necrophilia, Section 377A of their penal code, based on Labouchere Amendment, continues to criminalize consensual homosexual activity on ground of “commission, procurement, abetment of public or private gross indecency by a male person with another male person”.

In 2018, a constitutional bench of the Indian Supreme Court in Navtej Singh Johar v. Union of India held section 377 of IPC to be unconstitutional to the extent that it penalized consensual sexual relationship between two adults. Shortly after this decision, three originating summons were filed in the High Court of Republic of Singapore, in Ong Ming Johnson v. Attorney General, challenging the constitutionality of Section 377A of Penal Code (Singapore), wherein the court upheld its validity.

The difference in outcomes of the two courts arises from the socio-political atmospheres prevalent in the two countries. While India is economically and politically moving away from the notion of imposing societal will to upholding individual dignity and autonomy, Singapore has paradoxically embraced Capitalism without accepting liberal ideas of privacy and government non-interference to avoid giving notional supremacy to western liberal ideas and legal knowledge system. This is reflected in the way the courts of two countries have chosen to interpret the contentious law.

Points of distinction between the two judgments

The Indian Court is of the opinion that the retention of Section 377 is based on notions of social morality. Social morality is based on the majoritarian perception of an issue and is not co-extensive with criminality. The court has to disregard social morality and uphold constitutional morality, even if it is for the benefit of a minuscule fraction of the total population. A constitutional democracy’s objective is to transform the society progressively and inclusively and interpretation of words cannot be limited to its literal meaning and there should be a constructive interpretation taking into account context, intent and purpose with changing times.

The judge of Singapore High Court explicitly stated that he is wary of “strict application of present-day principles of statutory construction to examine the intent of legislators in an era governed by very different social and political mores. The exercise of statutory interpretation is not an exercise in intuition or impression and it should not allow for a subjective and visceral interpretation which may be configured by one’s personal views, beliefs and preconceptions. Hence, he came to the conclusion that the purpose of S 377A was to safeguard public morals generally, through enabling enforcement and prosecution of all forms of gross indecency between males, covering penetrative and nonpenetrative homosexual activity whether in public or in private and with or without consent.”

The second difference arises from the acceptance and inclusion of homosexual behaviour in itself. While Indian court has accepted the notion that homosexuality is natural and gender exists on a spectrum and is non-binary, Singaporean court is of the view that there is no definitive conclusion among the scientific community regarding the same and the court cannot address an extra-legal issue.

Moving on to the constitutional challenges to both the laws, we see that arguments have been laid that the law is violative of Art 14 of Indian Constitution and Art 12 of Singaporean Constitution, which are para materia to each other. Both courts have common jurisprudence that states that the right to equality can be violated if there is a reasonable classification. The reasonable classification must be based on intelligible differentia and there must be a reasonable nexus with the object sought to be achieved.

Indian Court is of the opinion that S 377 IPC reveals that it classifies and penalizes persons who indulge in carnal intercourse with the object to protect women and children from being subjected to carnal intercourse. Since non-consensual acts which have been criminalized by virtue of S 377 IPC have already been designated as penal offences under Section 375 IPC and under the POCSO Act, its presence has resulted into the targeting of consensual acts and therefore, it is unreasonably discriminatory towards the LGBTQ+ community.  S 377 is not proportional as it violates the right to freedom of expression by not allowing individuals the right to choose a sexual partner.

The court cannot determine public morality and the aim of S 377A is to safeguard public morals through the criminalization of male homosexual conduct. It was also argued that S 377A is over-exclusive as it targets private activity that is not harmful to public morals. However, it is the opinion of the judge that Singaporean law anyways criminalizes private acts due to concerns over degeneration of public morality like in the case of incest, bestiality, etc and therefore, this argument does not hold ground. The court stated that Indian conception of proportionality cannot be applied by Singapore Court as they subscribe to traditional principles of judicial review by not routinely intervening to find object of any legislation.

Another constitutional challenge is with regards to Art 19(1)(a) of Indian Constitution and Art 14(1)(a) of Singaporean Constitution, which are para materia to each other and talk about freedom of speech and expression. The Indian Court stated that S 377 “amounts to an unreasonable restriction, for public decency and morality cannot be amplified beyond a rational or logical limit and cannot be accepted as reasonable grounds for curbing the fundamental rights of freedom of expression and choice of the LGBT community” and therefore, violates Art 19(1)(a).

The Singaporean Court stated that “the term “expression” in Art 14(1)(a) must be understood in its in its ordinary meaning to relate to freedom of speech encompassing matters of verbal communication of an idea, opinion or belief, and “expression” in the form of male homosexual acts would not qualify for protection under Art 14(1)(a).” While the Indian judgement mentioned right to intimacy of LGBT+ community, Singaporean judgement stated that while intimacy is a form of communication, it does not fall under the ambit of “expression”, the scope of which cannot extend beyond verbal communication of ideas, opinions or beliefs.

There was also a constitutional challenge on the grounds of Art 21 of Indian Constitution and Art 9 of Singaporean Constitution. While both these articles are not para materia, they are quite similar and are called the right to life in both countries.  The Indian courts have recognized Right to privacy a fundamental right under Art 21 of the Constitution via Puttaswamy Judgment. In light of right to privacy, dignity and recognition of individual autonomy and sovereignty over one’s body, S 377 is violative of Art 21.

The Singaporean Court has stated that since it cannot be concluded that homosexuality is natural and immutable, Art 9(1) would not be violated as we cannot confer absolute and unqualified constitutional protection for “personal liberty” of homosexuals and whatever liberty might be taken away, it would be in accordance with the law. Moreover, the Attorney General had clarified that prosecution against consensual homosexual relationship would be against the public interest. This shows that the plaintiffs have an issue with the enforcement of S 377A.

The manner of enforcement of a provision is distinct from its constitutionality and the appropriate action would be to seek an administrative review and not a constitutional review. “Notwithstanding non-enforcement of s 377A for consenting homosexual acts between male adults in private, the provision continues to serve its purpose of safeguarding public morality by showing societal moral disapproval of male homosexual acts.”

From the above discussion, we can draw the conclusion that Indian Courts have explicitly removed penalization of consensual activity between two adults. The law to this extent has been struck down as being opposed to the constitutional morality of individuals and being out of sync with progressive realization of rights. The Singapore Courts have recognized that private consensual homosexual sex is permissible and cannot be prosecuted due to Attorney General’s Press Release, however, the law continues to be constitutional and is reflective of public morality. 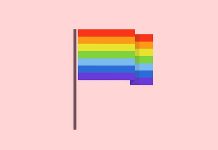 The LGBTQIA people face a significant level of abuse and harassment : the story of pre and post decriminalization of Section 377 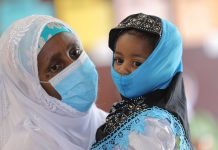 Woes and wants of the vulnerable : female & LGBTQ+ refugees during COVID-19