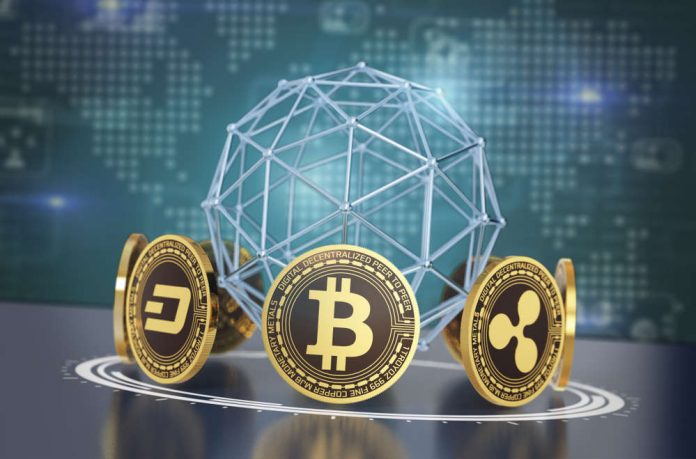 Can you recollect the global economic crisis that began more than a decade ago? In 2008, the fund crisis was extremely devastating for many countries,  including America (the superpower) which was thriving at the time. Bitcoin was introduced in the year 2008 by a person called Satoshi Nakamoto whose identity still remains a mystery.   The fact is, however, that he was not the first person to come up with the idea. Maybe the intention behind it was to come up with a flexible payment system that could be used internationally, which was also decentralized and did not have any kind of financial body behind it. However, this article shall explain in detail what are the features of the Official Digital Currency Bill, 2021, and how a Blockchain Mechanism which is a fundamental aspect of digital currency works.

What to anticipate from the Cryptocurrency Bill, 2021

Looking at the present status of cryptocurrency, we can foresee that the use of cryptos as a currency will not be allowed in the country, though there is an indication from the Government that it will regulate cryptocurrencies and treat them as an asset instead. Taxing is one of the factors which has to be considered while thinking about the introduction of cryptocurrency. According to an expert’s comment,  The 2019 Bill will have to be overhauled. as the bill lacks comprehension of the highly complex cryptocurrency business. In addition to that, in today’s scenario, everyone is so inclined towards investing in crypto that it is next to impossible to ban it.

According to Mr. Nitin Agarwal who is a co-founder of B21 (a crypto platform) has made a which states that there will be a regulatory mechanism for cryptocurrency and not a blanket ban. Let us understand the mechanism of the crypto-verse. First of all, crypto trading will be allowed only through platforms or exchanges which are officially recognized by the Government. There will be a new regulatory body introduced under the ambit of RBI. Secondly,  since crypto engages in cross-border transactions, a Securities Exchange Board of India-like body will be given the authority to monitor the trading system. Investors are considered the most important people in the corporate world and so the protection of their interests becomes extremely indispensable. Checks and balances will be required for avoiding unpleasant circumstances such as fraud.  Norms and penalties will have to be noted with regard to fraud against investors. It is recommended that existing laws such as Consumer Protection Act, FEMA, Indian Contract Act, Information Technology Act, Prevention of Money Laundering Act, Payments and Settlement Systems Act, Deposits related laws, Securities laws, Taxation laws shall be given more emphasis while dealing in crypto-asset business activity.

The cryptocurrency and regulation of the Official Digital Currency Bill, 2021 will be tabled in the Parliament during the Winter session which will provide a facilitative framework for the creation of official digital currency which will be issued by the Reserve Bank of India. The main intention behind this bill is to ban the outflow of all private cryptocurrencies though there would be certain exceptions. At the beginning of 2021, the Indian Government was stubborn in its decision against the introduction of cryptocurrency and also insisted on a blanket ban on it. However, according to experts,  people across the world would be in a position to hold such currency which contains segments of code that cannot be “banned” and will also agree for use as a medium of exchange which in turn will lend the values.

No replacement of fiat currency

If we study the Bill, then it can be understood that the concept of cryptocurrencies will never become legal tender in India. The preliminary idea behind the cryptocurrency was to come up as an alternative to fiat currency which is owned, controlled, regulated by a Government body. However, El-Salvador has already embraced Bitcoin as a legal tender.  The scenario in India parallels this situation.  In an economy like India, be it Bitcoin or any other cryptocurrency, it will not replace fiat currency in any of the circumstances.

The current Governor of RBI Mr. Shaktikanta Das appears critical about cryptocurrencies but it is definite that the central bank is going to introduce a fresh currency in the market. The Central Bank previously had shown the intent of introducing a digital currency in the past though it is reluctant to reveal any intricacies about it. RBI’s stand is clear on the subject as to how cryptocurrency can prove a threat to the economy in the future. However, the Regulation of Official Digital Currency Bill, 2021 highlights that RBI-backed official digital currency shall be introduced soon.

It is often believed that this proposed banning of Official Digital Currency Bill, 2021 is also to promote fresh RBI-backed crypto. It is said that the Government may only permit crypto exchange through platforms and enable exchange officially recognized by the Government. Speculations say that there can be a newly established body for cryptocurrencies that may be brought under the ambit of RBI.

Blockchain : the  technology behind the digital currency

What is a Blockchain Mechanism

A blockchain can be defined as a digital ledger of transactions maintained by a network of computers in a way that makes it tedious to hack or alter the process. However, it is a secure method for individuals to directly deal with each other without intermediaries such as banks and the Government or other third parties. In Blockchain, the growing list of records called blocks is linked to each other with the help of cryptography. Each and every transaction is independently verified by peer-to-peer computer networks, time-stamped and added to a growing chain of data, and then once the data is rewarded there are zero chances to alter it. Blockchain is becoming popular with the increasing use of Bitcoin, Ethereum, and other cryptocurrencies and provides us with promising applications for legal contracts, proper sales, medical records, and any other industry that needs to authorize and record services of actions or transactions.

How does it work

I would like to cite an illustration of the bitcoin system as an example, here is how the Blockchain mechanism operates.

This concept of Blockchain technology first appeared in 1982 in academic papers in which it was discussed as “the design of a distributed computer system which can be established, maintained and most importantly trusted by mutually suspicious groups”. But it was in the year 2008 as mentioned earlier, that Satoshi Nakamoto’s paper titled “Bitcoin: A peer to peer electronic cash system which had introduced an academic theory into real-world use” gained traction.

The report of SC Garg Committee had categorically said that “All the types of cryptocurrency have been created by non-sovereigns and are in true sense entirely private enterprises and there is a less underlying intrinsic value of these private cryptocurrencies due to which they lack all attributes of a currency.”

Cryptocurrency will fail to satisfy the purpose of currency because private cryptocurrency is not so consistent with the essentials of money/currency. However, it is recommended that the Government should keep an open view with regards to an official digital currency. The new bill was introduced in the Winter Session of Parliament on 29th November 2021 which eliminated the word “Banning” from the bill which was introduced in 2019. However, the object of the new bill proposed in Lok Sabha maintains “to prohibit all private cryptocurrencies in India and yet to provide certain exceptions to promote the underlying technology and its uses.”

Is Bitcoin legal in India