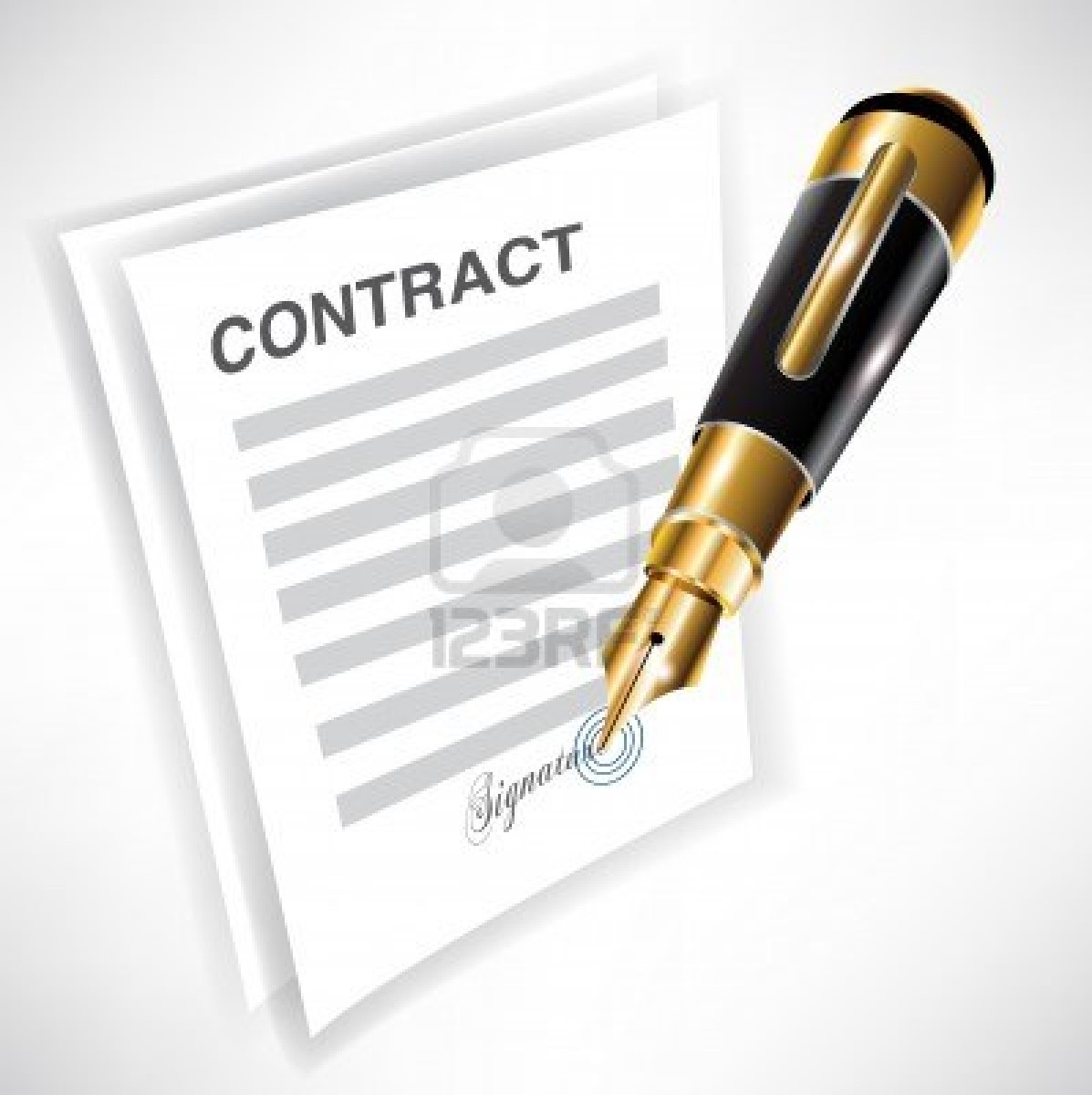 This article is written by Anmol Prakash and pursuing an Introductory Course: Legal Writing for Blogging, Paid Internships, Knowledge Management, Research, and Editing Jobs. This article has been edited by Ruchika Mohapatra  (Associate, Lawsikho).

We all are well aware of the situation and the fact of how tiring the process of court additionally fact how badly the litigation process got affected during the pandemic. The pandemic made us realize how badly we all need this clause. The clause helps in smooth hassle-free litigation avoiding such a forum which will be inconvenient and time-consuming moreover more expensive to parties to the contract due to various unfavorable circumstances.

The clause is vital to a contract and is needed to avoid any conflict; moreover, if the clause is absent, it is dealt with by other provisions of the CPC, but for this article, we are focusing solely on key issues of exclusive jurisdiction.

Section 9 of CPC precisely talks about the court’s jurisdiction to try all civil nature suits except suits of which their cognizance is either expressly or impliedly barred, whereas Section 20 of CPC lays down the right for the plaintiff to institute a suit proceeding at a place where the defendant(s) are actually and voluntarily residing or carrying on the business for gain or where any part of the cause of action arises.

“However, through a combined reading of Section 20 of the Civil Procedure Code 1908 and Sections 23 and 28 of the Indian Contract Act, 1872, there is scope for a partial restriction by limiting parties’ recourse to one forum.”

Landmark judgments with the key issues the clause has dealt with

In the case of Hakkam Singh v. Gammon 1971, the contractual validity of the choice of forum was the issue and was deeply scrutinized. In this case, the Petitioner had approached the Court of the Subordinate Judge at Varanasi for an order transferring the parties to the arbitration. The parties to the contract had a proviso that the Courts of Mumbai alone will have jurisdiction. The trial court determined that the entire cause of action arose in Varanasi and that the parties could not confer jurisdiction on the Bombay Courts by agreement because they did not have it otherwise.

The Supreme Court declared in this decision that when two courts have jurisdiction to hear a dispute, choosing one by agreement does not amount to a constraint of legal procedures or the offending public policy under Sections 28 and 23 of the Contract Act, respectively. The parties, on the other hand, could not confer jurisdiction on a court that would otherwise lack legal authority to adjudicate the matter in question. This stance has been upheld by the Supreme Court in different other cases.

In the case of A.B.C. Laminart Pvt. Ltd. & Anr vs A.P. Agencies, Salem, the contract between the parties specified that any issues arising from the contract would be adjudicated by the Courts of Kaira.

Clause 11 of the said contract precisely states that the Courts of Kaira will have jurisdiction over any dispute resulting from this sale and because of clause 11, the trial court determined that it lacked jurisdiction to hear the case. Since the contract was partially executed in Salem, the Madras High Court upheld the legal standing vested in the Salem Court, after which the Appellant filed a special leave petition in the Supreme Court.

The appeal was dismissed by the Supreme Court. The contract does not exclude the jurisdiction of other courts. The apex court stated that when terms like “alone,” “only,” “exclusive,” and other like terms have been used, there should be no difficulty in construing the ouster clause unless there is no consensus ad idem (meeting of minds).

Albeit the clause was found to be valid and enforceable, the Court went through it and ruled that the Salem Court had jurisdiction. As a result of ABC Laminart, courts were obliged to conduct a factual examination into whether a court’s jurisdiction was impliedly excluded. It gave the party seeking to deviate from an exclusive jurisdiction clause a lot of discretion.

In the case of Swastik Gases Pvt. Ltd v. Indian Oil Corp.Ltd, a dispute arose between the parties and the parties made several attempts to resolve the dispute amicably, but they all failed. The Respondent eventually filed a case against the Appellant in the Rajasthan High Court, whereas Clause 18 of the agreement stipulated that the Agreement would be subject to the jurisdiction of the Calcutta courts. The same was dismissed by the Rajasthan High Court, instructing them to approach the Calcutta High Court, which had exclusive jurisdiction over the issue. When the parties moved to the Supreme Court, it was dismissed and it was ruled that only the Calcutta High Court had the authority to hear their concerns.

The Supreme court provided clarity that the lack of words such as “alone,” “only,” “exclusive,” or “exclusive jurisdiction” is neither conclusive nor significant in determining a court’s jurisdiction.

The parties’ intention by including Clause 18 in the contract is obvious, that the courts in Calcutta shall have jurisdiction, which means that the courts in Calcutta alone shall have jurisdiction. In such cases, the principle of expressio unius est exclusio alterius (expression of one is an exclusion of the other) would apply, according to the ruling.

In the case of Indus Mobile Distribution Private Limited v. Datawind Innovations Private Limited and Ors 2017, a dispute emerged between the parties, as a result of which the respondent invoked the arbitration agreement and the appellant disputed the respondent’s claims. After the appellant raised the issue of the sole arbitrator’s appointment, the respondent filed petitions in the Delhi High Court, seeking interim relief under section 9 and the appointment of an arbitrator under section 11. Clauses 18 and 19 of the agreement constitute the Dispute Resolution Mechanism.

Clause 18 of the agreement stated that if a dispute between the parties could not be resolved through discussion between senior officials of the parties, the matter would be settled through arbitration, headed over by a sole arbitrator, and conducted under the provisions of the Arbitration and Conciliation Act, 1996, with the seat of the arbitration in Mumbai whereas the Clause 19 of the same stated that all disputes arising out of or in connection with the Agreement will be decided solely by the Mumbai Courts.

The Delhi High Court, in dismissing the two petitions, stated that because no portion of the cause of action occurred in Mumbai, the Mumbai courts would have no jurisdiction over the case and that only the courts of Amritsar, Chennai, and Delhi would have jurisdiction. The Delhi High Court will retain jurisdiction over the case because it was sought first. The Court further prohibited the Appellant from transferring, alienating, or creating any third-party interests in the Appellant’s Chennai property, and appointed the sole Arbitrator.

The case was moved to the Supreme Court in which the Hon’ble Court was asked if Mumbai, which has exclusive jurisdiction under the agreement and has no cause of action, has legitimate jurisdiction over the dispute. Furthermore, while overturning the Delhi High Court’s order concerning its jurisdictional power, The Supreme Court ruled that because the parties agreed to hold the arbitration in Mumbai, the courts of Mumbai would have exclusive authority to regulate arbitral proceedings resulting from the parties’ agreement.

Moreover, the Supreme Court referred to its earlier judgments, stated in Bharat Aluminium Co. v. Kaiser Aluminium Technical Services Inc, Enercon (India) Ltd. v. Enercon Gmbh, and Reliance Industries Ltd. v. Union of India that it has been repeatedly restated in its previous judgments that once the seat of arbitration has been determined, it will be like an exclusive jurisdiction clause as to the courts that exercise supervisory powers over the arbitration.

In the case of Shridhar Vyapar v. Gammon India, a petition to pay taxes on collected bills was heard by the Calcutta High Court. The bills stated that any disputes would be resolved by the Raipur and Nagpur courts.

An exclusive jurisdiction clause in an agreement is a portion of a contract in which the parties agree to refer any disputes arising out of the agreement to a certain Court.  As a result, an exclusive jurisdiction clause specifies a certain Court to which the parties may bring their dispute to the exclusion of all other Courts. Such a clause allows the contracting parties to prevent other courts from hearing any issues arising from the contract they have agreed to. In the above-mentioned landmark verdicts, the Hon’ble Courts have provided clarity on the subject matter.

All about discharge of a contract

Refusal to accept an offer of performance