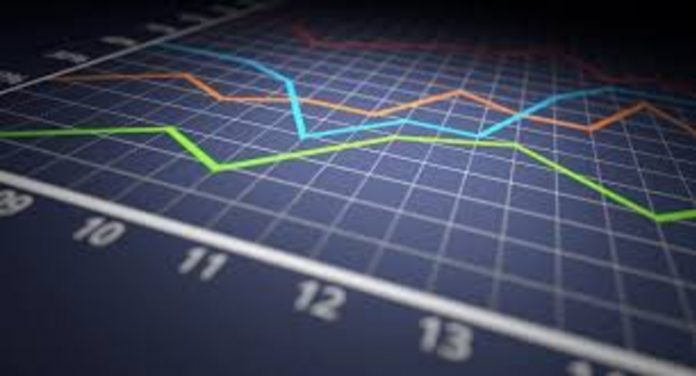 This article has been written by Chitrakshi Mohnot, a student of the Institute of Company Secretaries of India, currently doing a Diploma in Law Firm Practice: Research, Drafting, Briefing, and Client Management by Lawsikho. This article has been edited by Yashprada (Associate, Lawsikho), Ruchika Mohapatra (Associate, Lawsikho), and Indrasish Majumder (Intern at LawSikho).

Recently in the USA, a man was held for profiting from insider trading in his brother-in-law’s company. The USA Board of insider trading – SEC based its decision solely on inferences. There was no substantial evidence that demonstrated that the man was involved in insider trading. Just because one knows an insider, it can not be concluded that the person has taken part in some form of insider trading, and besides, not all insider trading is illegal. The illegality of insider trading happens when a securities transaction (i.e., purchase or sale of stocks) is influenced by only a small group of people inside the company whose stocks are being traded in volume at the stock exchange.

According to Regulation 2(1) (c) of SEBI (Prohibition of Insider Trading) Regulations, 2015, Insider means any person who is:

i) A connected person;

ii) In possession of or having access to unpublished price-sensitive information (UPSI);

An ‘insider’ is someone who is a connected person or has access to UPSI. A connected person can be anyone who during the six months preceding the insider trade has been associated with the company in some way. This could be a company director or employee or their close relatives, or a legal counsel or banker to the company, or even an official of the stock exchanges or trustees or employees of an asset management company who has interacted with the company.

And such other transactions;

UPSI alone is not restricted to information relating to a company’s significant capacity expansion, quarterly/annual financial results, mergers, amalgamation and acquisition deals, major shutdown plans, or any such significant activities that have not been openly made to the public at large. When insiders use the UPSI  to conduct trades; if they are caught, they can be taken to task by the regulator.

For instance, a company’s insider informs his connected persons/acquaintances about upcoming business activities, and the latter passes on this information to his known persons who then buy the company’s shares, making substantial gains. Then, the insider and his connected persons/acquaintances can be booked for violation of insider trading norms.

According to Regulation 2 (1) (d) of SEBI (Prohibition of Insider Trading) Regulations, 2015 “Connected Person”  includes any person who is or has during the six months prior to the concerned act, been associated with the company, directly or indirectly, in any capacity including by reason of frequent communication with its officers or by being in any contractual, fiduciary or employment relationship or by being a director, officer or an employee of the company or holds any position including a professional or business relationship between himself and the company whether temporary or permanent, that allows such person, directly or indirectly, access to unpublished price sensitive information or is reasonably expected to allow such access.

1). An immediate relative or connected person.

3). An intermediary as specified in Section 12 of SEBI Act or an employee or director thereof.

5). An official of a stock exchange or a clearinghouse or corporation.

7). A member of the board of directors or an employee of a public financial institution as defined in Section 2(72) of the Companies Act, 2013.

8). An official or an employee of a self-regulatory organization recognised or authorised by the SEBI.

9). A concern, firm, Hindu undivided family, company, or an association of persons wherein a director of the company or his immediate relative or banker of the company, has more than ten percent of the holding of interest.

Insider trading sometimes is not always illegal. While trading with UPSI is illegal; all insider trading is not barred. Corporate insiders, officers, directors, employees, and large shareholders, buy and sell stock in their own companies. For instance by selling their ESOPs, etc., for personal needs. If such trades are disclosed to the stock exchanges as per SEBI Rules, it isn’t illegal. However, a company must notify the exchanges within a few days about the trading details of such insiders.

Many investors and traders use the information of insiders to identify potential companies for investment. In other words, if the insiders are buying the stock, they must know more about their company than everyone else, so they prefer to buy the stock. But when the insiders sell stock the investors or traders cannot be driven by their sentiments because they might be selling stocks due to varied personal reasons. Natural influence through an insider does not amount to insider trading. Additionally, even purchasing shares and then disclosing them to SEBI does not amount to legal insider trading.

According to Regulation 4 of SEBI (Prohibition of Insider Trading) Regulations, 2015, Insider is prohibited directly or indirectly to:-

Provided the restriction in 2 (i) above shall not apply to:

· B) Trades, pursuant to a trading plan set up in accordance with these rules.

An insider who has ceased to be associated with the Company shall not, for a period of six months from the date of such cessation, directly or indirectly trade in the Company’s Securities while in possession of UPSI.

Further, According to relevant provisions of SEBI (Prohibition of Insider Trading) Regulations, 2015, it has been stated that “All directors, officers, designated employees who buy or sell any number of shares of the company shall not enter into an opposite transaction, i.e. sell or buy any number of shares during the next six months following the prior transaction. All directors, officers, designated employees shall also not take positions in derivative transactions in the shares of the company at any time. In the case of subscription in the primary market (initial public offers), the above-mentioned entities shall hold their investments for a minimum period of 30 days.”

Nowadays, insider trading goes unnoticed for good reasons. Even after the implementation of the insider trading regulatory system, it is sometimes difficult to differentiate between guilty insiders and victims. Not all insider trading is unethical, especially insider trading done through the natural influence which does not amount to insider trading, and sometimes the investment community is also benefited by them at large. Thinkers in various fields have two-dimensional views, one is positive while the other is negative in nature.

Insider trading affects the integrity and transparency of capital markets. We always cannot rely on the laws or the mechanisms by the regulatory body for insider trading prevention. It totally depends on the insider as to how he preserves the price-sensitive information as trading on UPSI gives insiders an unfair advantage over regular investors and, it becomes the responsibility of the directors, officers, and other members of the company to keep a check on the insiders so that information is not leaked which will affect the goodwill of the company.

In order to curb the practice of insider trading activities, SEBI has made mechanisms and regulations that from time to time have failed, in many instances. Therefore, SEBI should try to inculcate such a habit of sharing the unethical practices of insiders and rewarding the person for his effort to curb the malpractices. Another measure is to make punishments more stringent and separate special fast track courts for speedy trials of such cases should be made. Although complete elimination of insider trading is not possible, overregulation is also not the clear solution, but trying to limit it is one factor that can be worked upon.