This article is written by Pranav Sethi, from SVKM NMIMS, School of law, Navi Mumbai. This article analyzes Recognizing Magistrates’ responsibility in safeguarding the fundamental rights of the citizen.

“Our privileges can be no greater than our obligations. The protection of our rights can endure no longer than the performance of our responsibilities.”

India’s Constitution is the highest legal authority in the nation. It is the duty of India’s judicial system to view and defend it. It also serves as a guardian or defender of the people’s fundamental rights. It has the authority to determine the constitutionality of all rules. It has the authority to strike down any law or part of a law that it considers to be unconstitutional or in violation of the basic structure doctrine or the people’s fundamental rights. When it comes to dealing with cases, magistrates control considerable power, and they have a considerable duty to use that power in a truly reasonable and just manner. They keep the destiny of their fellow humans in their hands. They determine if a person is guilty or innocent of criminal behavior and, therefore, should be punished. If they make wrong judgments either innocent people will struggle unjustifiably, or guilty people will avoid punishment unjustly.

All criminal proceedings must be determined by magistrates in a fair, reasonable, and impartial manner. After thoroughly considering all of the evidence submitted to him or her, a judge must first determine whether or not the convicted person is guilty.

If the magistrate considers the convicted person guilty, he or she must then carefully determine the necessary punishment imposed. Magistrates must behave with utmost impartiality as adjudicators. They must maintain an open mind and avoid doing something that might give the impression that their approach is biassed or political.

The concept of an effective judiciary has its roots in the division of powers doctrine, which states that the Executive, Legislature, and Judiciary are three distinct branches of government that, in particular, form a system of reciprocal checks and balances designed to prevent misuse of authority to the disadvantage sections of a democratic society. This independence ensures that the Judiciary as a whole, as well as specific judges determining specific cases, must be able to carry out their legal duties without being affected by the Government, the Parliament, or any other incompetent sources.

Only an independent judiciary can provide fair justice on the merits of the law, upholding the individual’s human rights and fundamental freedoms. For this important duty to be completed effectively, the public must have complete confidence in the Judiciary’s ability to carry out its duties objectively and impartially. When public trust in the judiciary starts to erode, neither the institution nor individual judges will be able to adequately perform this vital role, or at the very least will not be seen to do so.

As an outcome, the principle of judicial independence was established to protect human beings from abuses of authority, not for the benefit of the judges themselves. As a result, judges cannot behave arbitrarily by deciding cases based on their interests, but rather must respect the rules. In terms of individual security, this means that judges must enforce domestic and international human rights legislation wherever possible. Strong, independent, and unbiased attorneys are also required in a legal system based on respect for the rule of law to investigate and prosecute alleged crimes against human beings, even if the crimes were committed by persons acting in an official capacity.

There is a significant risk that a culture of impunity will take hold unless judges and prosecutors play their respective key positions in not upholding justice in society to the fullest extent possible. If people have difficulty getting justice, they may feel forced to take the law into their own hands, leading to further degradation in the administration of justice and, potentially, new incidents of abuse.

How can magistrates provide justice promptly

The relevance of Magistrates to the federal trial courts’ day-to-day operations cannot be underestimated. Many federal lawsuits settle early in the legal process, and fewer civil and criminal cases go to trial these days. While District Judges handle serious criminal cases, in minor and civil cases, the litigants and their attorneys will frequently meet and speak with the Magistrate — and, in some cases, only the Magistrate — as their case is litigated throughout the federal trial court.

Magistrate also perform mediations, settle evidence disputes, and evaluate several motions; assess when criminal suspects will be held or released on parole; select lawyers for certain defendants (and, in the misdemeanour sense, hold trials and convict defendants; and make decisions regarding writs of habeas corpus. When all parties to a civil case agree, Magistrate Judges hear the whole case and make decisions on all motions and preside over a trial.

A successful judge must possess the following qualities:

The autonomous decision-making power of the Judiciary also involves “jurisdiction over all matters of a constitutional existence and ultimate competence to determine whether a matter presented for its review is within its jurisdiction as established by law,” according to Principle 3 of the Basic Principles. This rule of judicial sovereignty in determining legitimacy is well known at even the domestic and foreign levels and can be identified, for example, in Article 36(6) of the Rule of the International Court of Justice, and Article 32(2) of the European Convention on Human Rights.

Fair court trials, whether criminal or civil, require the discretion of a judge. As specified in the Basic Principles:

Stage I: Soon after the registration of FIR

Stage II: Cases where the arrest is effected by the Investigating Officer

Stage III: Magisterial interventions while deciding applications for recording the statement(s) u/s 164 of the Cr. P.C

In the case of Sakiri Vasu v. State of Uttar Pradesh, the Supreme Court held that Section 156 of the Crpc allows a magistrate to review police officers while they are carrying out their duties. If the magistrate isn’t satisfied with the inquiry, he can order a re-investigation and initiate the implementation. The court also held that the magistrate’s authority to request another inquiry is an autonomous power that does not impact the examination officer’s powers under Section 156. In the case of State of Bihar v. A.C. Saldana, the magistrate was given the authority to order the inquiry to be reopened after the police had submitted their final report.

Krishna Lal Chawla vs. the State Of U.P.

The bench of judges comprising

The Supreme Court in the case of vexatious complaint was heard by the Division Bench of Justice Mohan M. Shantanagoudar and Justice R. Subhash Reddy, JJ. While raising concerns about these procedures, the Bench emphasized the importance of thoroughly investigating such allegations at the outset.

The parties had been at odds since 2006, according to the facts and details. According to the respondent’s narrative, The Appellants came to the respondent’s home, beat him and his wife with iron rods, and threatened to kill them. The appellants issued repeated counter-allegations against the respondent. The respondent submitted a Non-Cognizable Report (NCR) No. 158 of 2012 on May 8, 2012, and the Appellant responded with NCR No. 160 of 2012. Almost 5 years after the incident that occurred, the appellant filed an application with the Magistrate under Section 155(2) of the CrPC, seeking approval for the police to investigate NCR No. 160 of 2012.

The Respondent, dissatisfied with the allegations made and charge sheet filed against him, filed a new private complaint against the Appellant under Section 200 of the CrPC Complaint Case No. 2943 of 2018 in respect of the same incident that occurred on 05-08-2012, for which compensation had already been paid by the appellant, but the allegations of fraud, injury to a bull, forging of documents, and other allegations were made.

The Bench referred to the case of Upkar Singh v. Ved Prakash (2004) in criticizing the rehashing of the same incident in the private complaint, provided that the appellant had already been convicted for the crime, which had no bearing on the present case.

Wherein the court asserted, ‘it had been held that any further complaint by the same complainant or others against the same accused, after the registration of a case, is prohibited under the Code because an investigation in this regard would have already started and further complaint against the same accused will amount to an improvement on the facts mentioned in the original complaint, hence will be prohibited under Section 162 of the Code.’

The same concept will hold if a person provides details about a non-cognizable offense and then files a private lawsuit against the same accuser for the same violation.

“The complainant cannot subject the accused to a double whammy of investigation by the police and inquiry before the Magistrate.”

Noting that appellant no. 1 was 76 years old at the time of the incident, appellant no. 2 was recovering from epileptic fits, and appellant no. 4 was of unsound mind, the Bench concluded that there was no validity in dragging them into criminal proceedings relating to a minor crime initiated 6 years after the alleged incident.

While expressing concern, the Bench said:

“This is a case that should not have been allowed to reach as far as this Court”.

The Indian justice system is beset by backlogs, and a major contributor to this backlog is a large amount of frivolous litigation. According to the Bench:

“Curtailing such vexatious litigation is, thus, a crucial step towards a more effective justice system – a step that cannot be taken without the active involvement of the lower judiciary.”

Finally, the Magistrates, according to the Bench, are the first line of security for both the criminal justice system’s reputation and the threatened and depressed litigant. A litigant seeking frivolous and vexatious litigation does not assert an unlimited right to use court time and public funds to accomplish his goals.

As a result, the Bench, exercising its inherent powers under Article 142 of the Constitution, quashed all proceedings between the parties arising out of the alleged incident.

Magistrates and magistrates’ courts play an important part in the administration of law. They are at the center of providing regional, citizen accountability and are in charge of a large number of judicial proceedings in India. The court stated that the criminal justice platform’s path, once put into motion, is almost dependent entirely on the Magistrate’s judicial application of mind. It went on to say that the power to issue a summons order is extremely important and that the Magistrate must only let criminal law run its course after ensuring that there is a legitimate case to be made. Finally, citizens’ civil rights should be secured, and anyone involved with the process should act with noble motives and maintain the constitution’s integrity. 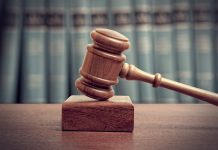 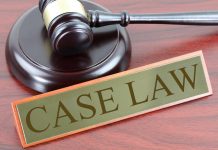