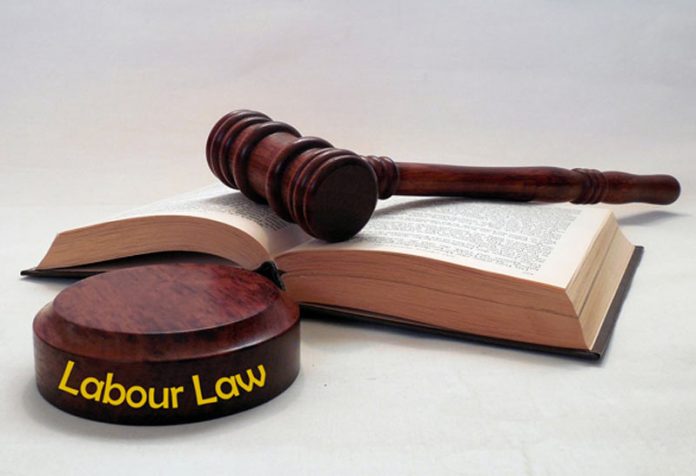 This article is written by Shivangi Lal pursuing a Diploma in International Business Law. This article has been edited by Zigishu (Associate, Lawsikho).

Labour laws are a set of rules that govern how employees are treated in the workplace. Labour is an organisation’s most valuable asset, and labour laws are enforced to guarantee that their rights are safeguarded and that they are not exploited. It governs businesses, employees, and labour unions. Noncompliance with the legislation may result in retaliation against the company.

Labour laws are enacted by both the state and the central government. Compliance with labour regulations is not limited to submitting returns; these records also serve as proof of compliance with the rules and must be provided to the authorities in the event of any inconsistencies. There are certain laws that can only be enforced under particular circumstances.

The Ministry of Labour & Employment has published guidance to the States/UTs/Central Labour Enforcers for a compliance regime focused on self and regulating inspections under various Labour Laws in an effort to enhance the Start-Up environment in the country and incentivize startups in establishing new start-up ventures and thus help facilitate the formation of career opportunities through them.

The advice to state governments is to create an administrative framework to oversee the inspection of start-ups under such labour regulations so that start-ups are motivated to be self-disciplined and follow the rule of law. These policies aim to protect enterprises against harassment by limiting discretion and arbitrariness. When there is a breach of these labour regulations, however, punitive action will be taken.

It has been recommended that if such start-ups provide self-declaration for compliance with nine labour regulations during the first year from the date of the start-up, there would be no investigation under these labour laws, wherever applicable. The following are the labour laws that will be covered:

These start-ups are required to file self-certification through the Startup mobile app which allows entrepreneurs to fill up requisite forms and details on the application itself or the details can be filed on the online portal. Returns from the second year onwards, for a period of up to five years after the units are established, will only be inspected if a reliable and verifiable grievance of infringement has been filed in written form and authorization has been obtained from higher authorities.

The major acts included in the industrial law compliance rules which must be taken into very serious account are:

An Act which regulates the employment & condition of service of building & other construction workers. This Act also provides for the safety of the workers including their health & welfare measures as well.

An Act which was enacted in order to regulate the condition of service of the interstate Labourers. The sole purpose of this act is to protect the workers whose services are outside their native states. This Act was created to protect the rights of the workers as well as to provide the employer with workers outside the state whenever he/she faces a shortage of skills among the locally available workers.

Gratuity is basically the payment that is to be made to an employee or the worker upon the termination of his/ her service. The act provides the employer to pay the amount of gratuity at the rate of 15 days per year of service of the last salary. The acts specifically say that gratuity should be payable within 30 days of the last employment of that worker & is payable to the employee only after the termination.

This act basically provides for the compulsory contribution of a fund for the future of that employee post his/her retirement. However, as per the Act, the employees’ provident fund is mandatory for all those employees earning less than 15,000 per month. Provident Fund is contributed from both sides at 12% of the basic salary.

Provisions of this act provide for the investigation & settlement of all industrial disputes. The provisions of this act are to secure industrial peace & harmony by providing the machinery & procedure for the investigation & settlement of industrial disputes by negotiations. This act also lays down the provisions for the payment of compensation to the workmen for the unfair labour practices on the part of the employer or a trade union.

In the case of environmental Laws, startups falling under the white category as defined by The central pollution control board would be able to self-certify compliance only random checks would be carried out in such cases.

Environmental laws from which exemption is provided under the current scheme:

CLRA compliance or the Contract Labour Regulation & Abolition Act which was passed to raise the standard of working conditions & prevent exploitation of Employees & is applicable to all organisations employing 20 or more people. The provisions under this act help to regulate the employment of contract labour in all the factories & industries & this act also provides for its abolition in certain circumstances. This act also provides a responsibility to the principal employer to provide the workers with canteens, restrooms, first aid facilities, payment of wages, etc. It ensures to provide the workers with all the basic amenities such as access to the canteen, drinking water, restrooms, etc. A landmark Case of Standard Vacuum Refining Company Vs its Workmen, AIR 1961 SC 895 laid the foundation of the CLRA Act. In this case, the court issued guidelines & laid down specific regulations to which every company should adhere now.

The Indian government has created a single Shram Suvidha Portal to make reporting inspections and submitting yearly reports for compliance with labour rules easier. Startups can use the online system to file self-certification under applicable labour regulations and avoid inspections for up to 5 years. The following are the labour laws that will be covered:

Further, the advisory has been issued to all the State and Union Territories to provide the facility of online self-certification to Startups under the applicable State laws. In this respect, 27 States have already complied with the advisory.

Labour law compliance is required of all companies and sectors, yet it is a source of harassment for new enterprises. So, with the express purpose of supporting and promoting startups, the government devised a strategy to self-certify nine labour laws and environmental regulations for a period of three years, ensuring that new entrepreneurs have fewer obstacles and get familiar with all labour law compliances during that time. The government’s decision to support startups in India is a wise one, as it will help to strengthen the startup industry, resulting in more job prospects.

Employee rights and responsibilities that you need to know about