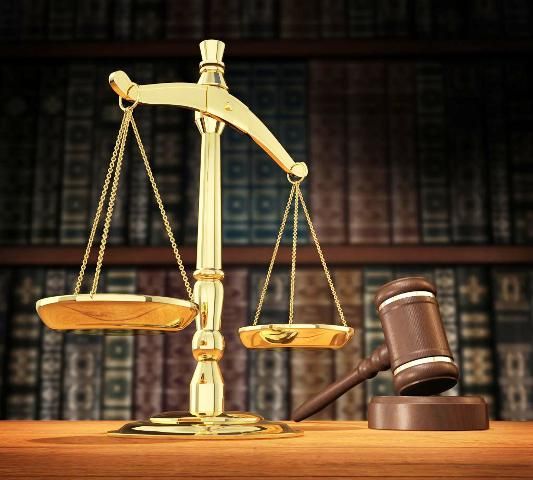 This article on labour law compliances for start-ups in India is written by Meet Kachhy, pursuing M.A. in business law from NUJS, Kolkata.

Over the past decade, India has seen a healthy and vibrant start-up scene come up. This has been dominated by a slew of new age businesses, often set up by young entrepreneurs. While the ideas, and often the promoters, might be new age, all businesses in India have to comply with a wide variety of labour laws dealing with compensation, working conditions, medical benefits, discrimination and retirement benefits.

One of the challenges facing any entrepreneur or organization is that while the economy and the working culture in many places have progressed with times, the rules governing employment, benefits and terminations have often been drafted anywhere between 50 to 150 years back. While most of these laws & acts have undergone amendments to make current certain key provisions, there still does not exist a labour law framework which is suitable for the times we live in.

Young Indians today have the conviction to venture out on their own and a conducive ecosystem lets them watch their ideas come to life. In today’s environment, we have more startups and entrepreneurs than ever before and the movement is at the cusp of a revolution. However, many startups do not reach their full potential due to limited guidance and access.

In this document, we lay out certain key provisions and applicability criteria of the various labour laws applicable in India. This document is not to be taken as a comprehensive guide on the subject, rather more like a guiding document which could point you to the various aspects to be complied with. Each organization must eventually go through the provisions of each Act and decide for itself what applies to it, and what doesn’t.

Recent developments in the compliance framework for start-ups

The government of India, in its drive to encourage start-ups in the country, has come out with a policy on labour law compliances for start-ups. The key points from the same are surmised below:

a) An entity incorporated or registered in India not prior to five years, and with annual turnover not exceeding Rs Twenty Five Crores in any preceding financial year

b) Working towards innovation, development, deployment or commercialization of new products, processes or services, driven by technology or intellectual property

c) Provided that such business is not formed by splitting up, or reconstruction, of a business already in existence

d) Provided also that an entity will cease to be a start-up if its turnover for the previous financial years has exceed Rs. Twenty Five Crores or it has completed 5 years from the date of incorporation or registration

2. Startups shall be allowed to self-certify compliance (through the Startup mobile app) with nine labour and environment laws

3. In case of the labour laws, no inspections will be conducted for a period of 3 years. Startups may be inspected on receipt of credible and verifiable complaint of violation, filed in writing and approved by at least one level senior to the inspecting officer.

4. In case of environment laws, Startups which fall under the ‘white category’ (as defined by the Central Pollution Control Board (CPCB)) would be able to self-certify compliance and only random checks would be carried out in such cases.

5. Labour laws from which exemption is provided under the current scheme:

a) The Building and Other Constructions Workers’ (Regulation of Employment & Conditions of Service) Act, 1996

b) The Inter-State Migrant Workmen (Regulation of Employment & Conditions of Service) Act, 1979

6. Environmental laws from which exemption is provided under current scheme:

b) The Water (Prevention & Control of Pollution) Cess (Amendment) Act, 2003

a) as any premises where 10 or more people are working or were working on any day in the preceding 12 months, and in any part of which a manufacturing process was carried out with the aid of power, or

b) as any premises where 20 or more people are working or were working on any day in the preceding 12 months, and in any part of which a manufacturing process was carried out without the aid of power, or

c) Manufacturing process is defined as:

i) making, altering, repairing, ornamenting, finishing, packing, oiling, washing, cleaning, breaking up, demolishing or otherwise treating or adopting any article or substance with a view to its use, sale, transport, delivery or disposal; or

ii) pumping oil, water, sewage, or any other substance; or

iv) composing types for printing, printing by letter press, lithography, photogravure or other similar process or book-binding; or

v) constructing, reconstructing,, repairing, refitting, finishing or breaking up ships or vessels; or

vi) preserving or storing any article in cold storage

2. The factories act governs the following aspects with respect to any establishment covered under the definition of a factory as defined above:

b) Annual leave with wages

2. The Software & IT industry in India had been exempt from complying with this act for 11 years before the government withdrew the exemption in 2012. Now, all Software & IT companies which have more than 100 employees, fall under the ambit of this act

3. An industrial establishment is defined as follows:

d) the establishment of a person who, for the purpose of fulfilling a contract with the owner of any industrial establishment, employs workmen

4. The various matters to be provided in the standing orders issued under this act include:

b) Manner of intimating to workmen periods and hours of work, holidays, pay-days and wage rates

e) Conditions of, procedure in applying for, and the authority which may grant leave and holidays

f) Requirement to enter premises by certain gates, and liability to search

g) Closing & reporting of sections of the industrial establishment, temporary stoppages of work and the rights & liabilities of the employer and workmen arising therefrom

h) Termination of employment, and notice thereof to be given by employer and workmen

i) Suspension or dismissal for misconduct, acts or omissions which constitute misconduct

k) Any other matter which may be prescribed

a) Not at the Employer’s behest: Mutual agreement, Resignation of the employee, employee’s retirement, expiry of contract

b) At the employer’s behest: dismissal for misconduct, discharge and retrenchment

b) Retrenchment corresponds to termination by employer on economic grounds

c) Discharge is termination for reason other than misconduct or retrenchment

d) Termination by employer is unlawful if it is due to trade union activity, filing complaints against the employer, discrimination of any kinds or in violation of any fair labour practices.

a) For employees being terminated under the charge of misconduct, the employer has to provide a written complaint against the employee, followed by a fair hearing to determine the culpability of the employee.

b) If the employee is being retrenched due to economic reasons, the employer first needs to obtain approval from the relevant governmental authority to proceed with the retrenchment.

5. Any dispute arising out of termination has to be resolved in the labour court, as governed by the Industrial Disputes Act, 1947.

6. The above laws are only valid for workmen. Non-workmen staff in private sector companies are governed by their contracts and general terms of service.

b) 10 days of end of the month otherwise

c) Each employer shall maintain registers, recording the following information about each employee:

3. Work performed by them

a) Wages paid by them

b) Deductions made from their wages

c) Receipts given by them

3. The act doesn’t apply to establishments in which work only of an intermittent or casual nature is performed:

a) If work is performed for more than 120 days in the preceding 12 months, then it is not classified as intermittent

b) If work is of a seasonal nature and is performed for more than 60 days in the preceding 12 months, then it is not classified as intermittent

4. In the context of this act, establishment means any place where an industry, trade, business, manufacture or occupation is carried out.

6. The principal employer is responsible for adequately providing the following to the contract labour:

a) Only to be done for employees whose monthly wages are Rs 15,000 or lesser

c) If the wages of an employee are less than Rs 100 per day, he/she is exempted from making employee contributions, but the employer has to continue making contributions

4. Detailed list of benefits covered under the ESI Act can be found at: http://esic.nic.in/page.php?pid=NzU=

c) Minimum bonus of 8.33% of annual wages has to be paid, regardless of whether the establishment has made a profit or not

d) Bonus to be calculated at a monthly wage of Rs 7,000 or the applicable minimum wage, whichever is higher

e) If the establishment makes a profit, then the surplus is to be distributed in proportion with the wages, subject to a maximum of 20% to be paid out as bonus

The Sexual Harassment of Women at Workplace (Prevention, Prohibition and Redressal) Act, 2013