Republished from 2012 – A First Taste of Law archives, because it is still relevant. Written by Ramanuj Mukherjee, CEO of iPleaders.in. 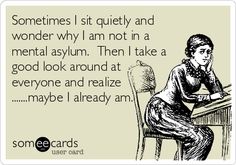 Last week I was meeting Tanuj Kalia, who is my junior from law school and well known as the founder of Lawctopus, and a few other lawyers at my home after office hours to chill, when he dropped a bomb. Legal education is not really good education, unless you get through some of the elite law schools, he said, when you compare it with engineering, b-school and other choices available.

It is funny that Tanuj said so – we battled this notion almost throughout our pre-college and college life after<!–more–> we decided to study law. We defended law school education as good on the face of attacks from relatives who suspected that we are probably not academically sound enough for choosing law, and also from well-intentioned teachers and classmates who told us we were smart enough to crack JEE if we put our mind to it – as if we are committing career suicide by opting for a law school and in my case even my parents tried strong arming me into becoming an engineer.

Good education? What kind of good education leads to such career disaster? I was already in the middle of preparing for JEE, with a medical career in mind. I hated the mad rush and the rat race around me . My soul wanted something else, but there seemed to be nothing else viable or as promising. I longed for some education that I liked and something that had the chances of helping me launch a great career. Engineering from a WB JEE college did not seem to be something like that – I was determined to avoid a career in Engineering, the stream which emerged to be the almost inevitable fate of science stream students from middle class background coming from suburbs like the one I lived in those days.

Then one day I found out about the National Law Schools. I attended a career seminar (the only one in my life) by Sachin Malhan, the founder of LST who made a strong pitch for NLUs. It sounded like a dream career – big money, possibility of going international, good education at great institutions – the law school dream possessed me. Most importantly, I observed Mr. Malhan – polished, suave, pleasant and persuasive without an air of self-importance. I told myself that if this was the kind of personality law schools produced, I would go to a law school.

It was an uphill battle convincing my parents and the people around me that I should indeed drop JEE plans and focus my efforts on law school entrance. Everyone, from teachers at school to private tutors, relatives and friends discouraged me and many spend hours trying to put some sense into me. I was, however, very stubborn and felt that I knew what was best for me. By July 2006, after a struggle of approximately 18 months, I was attending my first law school class at NUJS. I have never regretted my decision to study law, and I certainly don’t regret when I see what most of my friends who wrote JEE in 2005 are now doing. I had not destroyed my career. Indeed, I was obstinate and fought with everyone but I think I made a brilliant decision and in hindsight, it worked out very well for me.

So, why have many law students and people closely connected with the legal world started saying legal education is not really that great? Especially someone like Tanuj, who is connected to law students from all sorts of institutions all the time through Lawctopus? I do meet a large number of law students from all over India every month virtually and personally. I have taken sessions for students from all sorts of law colleges – from run down private village law colleges to hundred years old institutions and of course, new age national law schools with massive resources. I have seen different academic cultures, different aspirations and career goals at these different colleges.

I have also gone to dozens of engineering and management colleges all over the country, from IITs, NITs, BITS to not so well known private engineering colleges to talk about entrepreneurship and sometimes even to conduct workshops on some legal issues relevant to them.

From what I saw, law students seem to be divided into two categories. There is one category of ambitious, reaching for the sky law students who want more from their career and more from their colleges. They often fork out a very substantial amount of money to study at expensive law schools and have high expectations. The other category is of students who want to get a law degree which will give them a license to practice – they are quite clear that they don’t expect much from college itself. Their real training will take place when they join practice in the court. Some of them want to write judicial services exam.

Now, who do you think are more surefooted about their careers and are taking more concrete steps to realise their goals?

I surprisingly noticed that the law students in the first category who are most ambitious and often selected through the quite competitive CLAT, are the ones more confused about their career being less open to new options, working less on building necessary skills and more detached from reality. The students in the second category often tend to be more connected to the realities of practicing law, and are open to diverse opportunities and work harder on every small opportunity given to them. It is a different thing that the law students in the second category are also the ones who get less exposure and opportunities.

Here are some trends, sometimes conflicting, that I have noticed over the last 3 years:

We came to law schools to join a law firm

For a large number of NLU students , getting a law firm job is the only worthwhile career option. They were lured to study law by the stories of 1 lakh+ per month salary and they consider all other career opportunities as inferior. Working in a terrible law firm is better than working in a great LPO is what they think. Wait, they would not even believe that there can be a great LPO. They consider litigating only when they are out of all options, very grudgingly. Also, since they were not prepared, they struggle to find good opportunities in litigation as well.

This is the tribe of law students who say at the end of their law school stint that legal education was a bad idea. Why? Because law school did not shower jobs on them by default? I beg to differ. I know getting a job is relatively easier at some of the law schools but you cannot just count on an “NLU brandname” to land jobs for you. The legal job market, thankfully, is far more mature. Also, maybe you should pay more attention to how many law firm jobs are opening up at the beginner level every year and the number of law students graduating.

I will go back to my town and litigate

A significant number of NLU and other law college students come from small district towns throughout India. They have seen local lawyers making respectable living, often earning well even by law firm standards but in due time. They know that being armed with superior education they can do very well if they go back and practice in their home town. I have very high respect for these students, and compared to their peers they are more likely to launch a successful career.

I will be a good litigator at HC/ SC

I have seen hordes of first and second year associates from top law firms like AMSS, Luthra, Trilegal or JSA leaving to join litigation as they become disillusioned with the law firm career. I was the 20th person of my batch (of 2011 NUJS) out of 32 who joined top 6 law firms right after graduation to quit within a year. After 3 years, barely 5-6 of those 32 people are working in those top law firms – guess what most of those who left are doing?

They litigate at High Courts of Delhi and Bombay. Some are even working at the Supreme Court exclusively. There were plenty of people who did not bother to sit for law firm recruitments at all and opted to litigate right from the beginning. Many of them started ground work from 3rd or 4th year onwards – they found mentors, worked with seniors, built deep relationships in the litigation world and developed their understanding of the practice of law. Guess who have been better off. Now that I visit law colleges, these kids are easy to spot as we start discussing career options.

Litigation has massive scope in India not only in terms of earning, but simply because there are not enough lawyers providing good legal services at every level. It is difficult to imagine tier 1, 2 or 3 law firms creating more than 1000 fresher jobs every year in near future (with at least 50,000 lawyers passing bar exams every year and NLU seats at more than 2000 per year at present) but litigation can absorb tens of thousands of people provided they can get good training from the beginning.

I will write judicial services exam

I am seeing an overwhelming number of people who are interested in writing judicial services exam. Some of them go a step more and join civil services. In the last 2 years, half a dozen NUJS alumni has cracked UPSC and joined various services. Quite a few of my batchmates have joined judicial services in various states. In NLUs like RMLNLU, CNLU or NUSRL which have seen lesser law firm recruitment success in recent years, a huge number of students are not really interested in law firm jobs. For some students, opting for judicial services is way better than working at AMSS.

While these are the trends, I wish law students considered other jobs like business consultancy, various legal startups and LPOs more seriously. It is a myth that a lawyer who once works with an LPO will be untouchable for law firms and litigators. You might even receive high quality professional training at an LPO. These opportunities exist today and those who are willing to take up these jobs are suitably rewarded.

The problem, however, is with the crowd which refuse to accept anything but jobs at top law firms to be acceptable outcome of a law school education.

Whether law schools are providing good education is a big question, and the answer will not be same for every college. The standards vary drastically. At the best law schools students learn skills like research, writing, persuasive speaking and presentation, which are very very valuable in today’s world. Even in the worst colleges, the graduates have enough opportunities open to them if they work hard, with some imagination and determination. If not lucrative law firms jobs, rewarding district court litigation nonetheless! It is only those who refuse to look at the opportunities beyond their initial imagination, follow a herd mentality, and those who are averse to hard work that are left with no options at the end.

I cannot say that for a lot of engineering colleges I keep visiting.