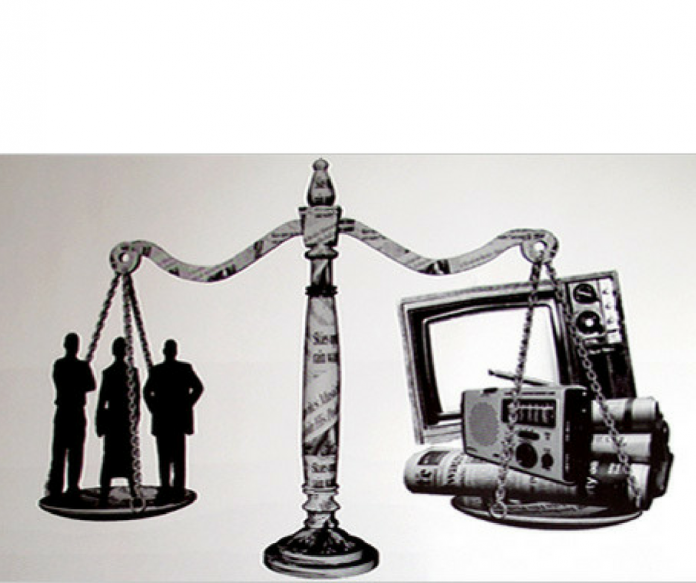 This article is written by Mohona Thakur from Team, iPleaders.

What is the first thing that comes into your mind when you read media laws written somewhere? Do you think media laws is synonymous to intellectual property right laws?

In case you sit to consolidate the laws governing the media and entertainment industry in India (like I once did a couple of years ago), you would possibly come up with a 5 page document that only consists of legislations that govern the media in all its forms – print, radio, broadcast, telecom and digital. When you categorise the laws industry-wise, you wouldn’t have so much of an issue coming up with a comprehensive list.

In order to cater to various kinds of media industries that exist in the 21st century, it is important to not only know how their businesses function, but also learn and understand how this business is regulated and protected.

Here is a comprehensive list of laws (industry-wise) that you must wrap your head around if you’d like to pursue a career in media and entertainment laws:

In an interview two years ago with one of the top production houses in the country, I was asked about the laws I thought that governed the broadcast industry. What kind of legal work do you think the teams at Star India or Viacom 18 do?

The broadcast laws find their backbone in the Copyright Act. Whether you are talking about the rights of the artists, infringement of a copyrighted song, royalties payable to original authors or licensing or assignment of copyrighted work, the answers to these questions lie in the copyright laws.

But that’s not where it ends. Media laws is an offspring of what wholly constitutes as Intellectual Property Rights (IPR) laws. When we write about broadcast laws in India, there are tonnes of regulatory laws that exist in this space. Here is a list that maybe handy:

In addition, while dealing with disputes arising out of such cases, you may want to have a few concepts such as ‘John Doe’ orders, format rights, obscenity, hurting religious sentiments, and the likes on the tip of your fingers.

Laws governing and regulating the print media begin with the Constitution of India. The freedom of speech and expression as envisaged in Article 19 1(a) of the Constitution of India is where media laws took birth. This is how the newspapers got the right to voice their opinions, report incidents at large to the democracy. However, as we all know, this very freedom is curbed by reasonable restrictions under the very same Constitution to meet the checks and balances.

Did you know that we have an anti-espionage law in India? A law that overrides our right to information? One that affects what can be or cannot be published in newspapers? Ever heard of the case of Iftikhar Gilani?

Heard of the Press Council? Aware of what place it holds in the print-media industry? Did you know there is a specific act in place to determine the amount to be paid to working journalists? Or that there was a law that stated what could or what could not be published in newspapers with respect to parliamentary proceedings?

In case you were unaware, then it’s time you open your minds and read up and educate yourselves! There are a few online courses on media laws that offer to teach you about this industry in detail. And if not, I’m leaving a list of laws in India that govern the print media:

What governs data privacy in India? What are the implications of the application of GDPR to Indian companies? What are the liabilities of platforms and intermediaries in the light of Cambridge Analytica?

What exactly do you do when you learn that content from your blog has been replicated in another blog? Are there any laws in India that protect against theft of content? Will takedown notices work? How do you learn how to draft take down notices?

These are real questions that are asked day-to-day while running a technology business. Answers to these would probably come through experience, or if you’re interested in beginning early there are online courses on cyber laws that bring some of the best in the industry to teach you what the industry requires you to learn.

Here is a non-exhaustive list of laws that govern the internet space:

To be honest, the internet industries and businesses run more on the prevalent practices as there are no solid laws to regulate them today. From privacy policies to terms of use and conditions are a matter of practice. The contracts that the companies enter to follow the basic principles of Contract Law. This space is still largely unregulated, the IT Act is being amended from time to time to keep up with the technological advancements and the cyber crimes that come along with it.

Ever seen the advertisements on TV selling Carlsberg glasses and Blenders Pride Music CDs? They are brands majorly known for alcohol, advertising for something that they aren’t known for. In business parlance, this is known as ‘brand extension’.

There are number of laws that seem inconsequential that govern advertisements in India. Let me ask you a question I was asked on the first day of my internship at HT Media: Can you commercially use the Indian National Flag on the front page of the newspaper? Do write in your answers to me at [email protected]

During my time at law school, I had made a checklist to a number of the advertising laws that shall be of use to all of you:

Need I remind you of the cases filed against Vishal Dadlani for defaming the Jain monk two years ago? The case filed against All India Bakchod (AIB) for obscenity after the Knockout Roast aired on YouTube between Ranveer Singh and Arjun Kapoor? Or the very recent case of sedition filed against Kanhaiya Kumar of JNU for singing an allegedly hate-filled, anti-national poem?

These all form a part of media laws because of the simple fact that these laws are at the very essence of the freedom of speech and expression. While these laws maybe touched upon while teaching IPC in law school, they aren’t always taught to us at length focussing on the consequences that such criminal offences would have on businesses as a whole.

Imagine the loss and the mental agony that may have been caused to Vishal Dadlani due to one tweet, the rounds that AIB may have had to take to their lawyers for organising an hour long YouTube video, that ultimately did go viral.

Whether it is a software licensing agreement, or a product endorsement agreement, your contract drafting skills have a huge role to play. You must be aware of the boilerplate clauses that are required in these contracts. A huge role of both, an inhouse media lawyer as well as a media law firm associates involve negotiating and drafting various commercial contracts.

All the industry specific laws that I have written about, knowledge of the same culminates in the form of arguments while drafting a petition on commercial disparagement or misleading advertisements or copyright infringement for that matter! You shall have an added advantage if you not only know the industry specific laws and practices but also know how to draft a takedown notice, an application for interim injunction against copyright infringement, and understand how the various courts function.

While these cases ranging from Shreya Singhal’s landmark judgment in the case that held Sec. 66A of the IT Act unconstitutional, to the very many ongoing cases of commercial disparagement, misleading advertisements, defamation, copyright infringement, etc. are day-to-day reality, there are very few lawyers in this country that specialise in this area of law.

The laws are many and scattered across various legislations. The business that revolve around these laws are not only the production houses, artist management companies, advertising houses, news broadcasters, media houses, but also FMCG companies, telecom companies and service providers and various e-commerce companies and startups.

You need to be prepared. And prepared well. Begin with basics, make a list of legislations that are covered under media and entertainment laws. Take up a course on media laws to understand the applicability of these laws in practicality, strengthen your drafting skills, understand how courts how, read articles online on relevant topics and last but not the least, know the needs of the industry in and out.