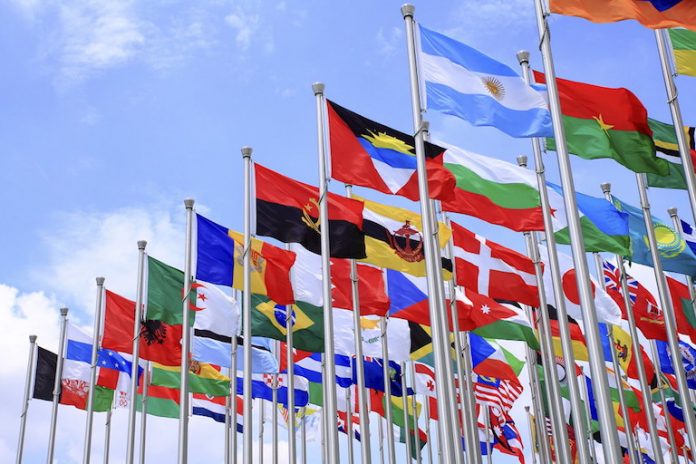 The article is written by Harmanpreet Kaur from Amity University, Kolkata. The article will provide an emphasis on the laws that have prohibited investments in any kind of controversial weapons.

In 2021, the world has become a dangerous place, and the United Nations Charter’s legal constraint on the use of force on the various nation-states enacted after World War I has come under severe scrutiny. The conflicts among the nation-states have been on the rise since 2010 and these conflicts have had a great impact on the lives of human beings, thereby resulting in the loss of their lives and some of them have also been displaced. The conflicts among the nation-states are on the increase with passing time, that is, from the issue of the East China Sea between China and Japan in 2011 to the conflict between Israel and Palestine regarding Jerusalem in 2021 has resulted in the disturbance in the world order and peace. Where there are new conflicts among the nation-states, some of them have still not been resolved. These conflicts sometimes even lead to the use of controversial weapons or weapons which are a threat to human existence. The use of weapons has been completely barred from the global domain, as it infringes the fundamental concepts of international law, that is, peace and national security.

The world has been witnessing the development and use of weapons since the 20th century, which have created a severe, indiscriminate, and disproportionate effect on the lives of human beings. The various human rights organizations and other subsequent organizations have protested against the use of weapons and have proposed various schemes to the authorities for banning them. The problem is that even if the international organizations and law enforcement authorities have made laws to ban the weapons, there are companies and financial institutions that make and sell the weapons thereby disturbing the peace and security of the global world.

The article will provide an insight into the laws that govern investments in controversial weapons and will talk about various organizations that play a very important role in prohibiting the investment of the companies in any kind of production, selling, and use of weapons.

The sovereign nation-states in the world have been accorded the right to use armed forces to protect their national security and peace as per the United Nations Charter. Sometimes, the nation-states use weapons against the other nation-states in conflict, which causes disproportionate harm to the civilians and combatants of the nation-states even after the conflict has been resolved. However, there is no officially accepted definition of the term controversial weapons in any of the legal statutes. The characteristics that the weapons retain, to categorize them as controversial weapons are:

Investments in controversial weapons – good choice or a detriment

The use of weapons has been prohibited by the nation-states by various treaties and conventions. The investment in the production and manufacturing of weapons is a serious crime, even though no conventions are governing the practice of the same. Money laundering can be referred to in such a situation. It is referred to as a criminal act in which an individual or a group carries out illegal activities intending to generate profit for themselves. These illegal activities can include the investments made in the production of controversial weapons, arms trade, smuggling, and trafficking. To curb money laundering, the Financial Action Task Force (FATF) was established by the G-7 summit in Paris to develop a coordinated international response. Thus, the force should take steps against the groups investing in the controversial weapons so that international peace and national security are maintained among the nation-states.

The International Committee of the Red Cross is a statutory body that plays a very important role in promoting and developing laws for regulating the use of weapons. Society has taken steps against the illegal use of weapons and has even restricted the transfer, selling, and purchase of any kind of controversial weapons. Society should also take steps against the companies involved in investing in controversial weapons or any kind of employment to abide by the rules of international humanitarian law, that is, international peace and security.

There is no official legislation that prohibits investing in various controversial weapons. However, there are several international conventions, protocols, and treaties that have prohibited the development, production, acquisition, transfer, and use in the armed conflict of any kinds of weapons that would cause unnecessary harm and injury to the nation-states involved in the dispute.

The Geneva Protocol was adopted by the government in 1925 with the actual motive to outlaw the use of poisonous gas, or any kind of analogous liquids, materials, devices, and bacteriological methods of warfare. The treaty was adopted because of the large-scale mass destruction that shattered the world in pieces after World War I. The treaty in its ambit also included the prohibition of biological weapons and chemical weapons in international armed conflicts and disputes. It is a protocol that governs and supervises the international trade of arms and ammunition in the case of any warfare.

Treaty on the Non-Proliferation of Nuclear Weapons, 1970

The Treaty on the Non-Proliferation of Nuclear Weapons (NPT) was signed and ratified in 1970. The multilateral treaty is a landmark international treaty that was introduced with the main objective to prevent the spread of nuclear weapons, technology and to promote cooperation among the nation-states and ensure peace and national security in world affairs. It is regarded as the cornerstone of the global nuclear non-proliferation regime and acts as an essential foundation for the pursuit of nuclear disarmament. The treaty is based on the three pillars, that is, non-proliferation of nuclear weapons, nuclear disarmament, and the peaceful use of nuclear energy.

The Convention on Cluster Munitions, 2008

The Convention on Cluster Munitions is an international Convention that was adopted in 2008. It is a humanitarian imperative-driven legal instrument that was implemented and introduced to prohibit the use, production, transfer, and stockpiling of controversial weapons and cluster weapons. The Convention has established a framework for cooperation and acts as an endorsement to ensure that adequate assistance is being provided to the survivors and communities. The nation-states that are parties to the Convention have to abide by the rules and regulations of the legislation and ensure prohibition on the use, transfer, production, and stockpiling of any cluster munitions and weapons and necessarily prohibit any kind of investments in the production of controversial weapons.

The nation-states of Belgium, Italy, Ireland, Luxembourg, Spain, Netherlands, and Liechtenstein have adopted measures and enacted legislation in their respective jurisdictions to prohibit the companies from investing in any kind of controversial weapons. The nation-states have passed laws on the subject of controversial weapons and have enacted legislation with a different scope, that is,

The laws that have been made by the nation-states can also be applied in the extra-territorial jurisdiction. The rules would apply to all citizens of the country, including residents and non-residents, as well as corporations and enterprises established in and outside the country, whose acts might pose a threat to the nation-states and disturb the peace and national security, thereby violating the basic principles of international law.

Some countries invest in the production and development of controversial weapons and act as prime investors and suppliers of the weapons to other nations. Some of the instances are:

The United Nations has taken steps to combat the nation-states from using any kind of harmful and indiscriminate weapons and controversial weapons to maintain peace and security across the globe. The banks should develop adequate policies and other methodical approaches and other institutional changes to combat the groups and the countries to invest in the making of any controversial weapon. The United Nations should conduct meetings with the other international organizations on the subject of controversial weapons and thereby make laws for the increasing problem of investments in controversial weapons. The weapons would pose a challenge and threat to the basic principles of international law like maintenance of peace and security including the protection of fundamental human rights and the dignity and worth of every person.