In this article, Pradipta Nath discusses the Labour laws related to Trainees in India.

The law related to trainees in India is one of the most complicated subjects has ever evolved. The reason is that they are trainee and employee at the same time. Organizations which engages the trainees should better know the following scenario before engaging any trainee in his organization.

ESIC for the Trainee

The trainees are generally not paid salary, in spite they are paid stipend. Whether the person is trainee but if the trainee is satisfying S. 2(9) of the ESIC Act, the person will naturally called as ‘Employee’ under the section. Though specifically S. 2(9) has exempted and ignored the apprentices engaged under the Apprentices Act, 1961, therefore from here the conclusion can be drawn is that ‘Trainee’ may be treated as ‘employee’ but apprentice engaged under the Apprentice Act will not be treated as ‘employee’ under the ESIC Act.

Wages under the ESIC is defined u/s 2(22) and includes all the remuneration paid or payable in cash to an employee.

Hence, on the basis of above analysis from ESIC point of view, to state that ‘trainees’ are subjected to ESIC contribution, provided in consideration to the ceiling limit i.e Rs 21,000/- as of now.

Unusual like ESIC, the trainee for EPF has been suitably answered by our Apex Court. In The Regional Provident Fund Commissioner, Mangalore Vs. M/S Central Aercanut & Coca Marketing and Processing Co-Op [2006] Insc 39 (30 January 2006), the Apex Court held that trainees are apprentices engaged under the Standing Order of an organisation or under the Apprentices Act and will not come within the ambit of the Employees Provident Fund and Miscellaneous Provisions Act, 1952. The Bench noted that Section 2 (f) of the EPF Act “defines an employee to include an apprentice, but, at the same time, makes an exclusion in the case of an apprentice engaged under the Apprentices Act or under the Standing Orders. Under the Model Standing Orders an apprentice is described as a learner who is paid allowance during the period of training.” Therefore, employers are not obliged to contribute to the PF for them.

The apex court further held that “in the case at hand, trainees were paid stipend during the period of training. They had no right to employment, nor any obligation to accept any employment, if offered by the employer. Therefore, the trainees were apprentices engaged under the “Standing Orders” of the establishment.

But again a ‘trainee not being a student’ who is engaged not under the Apprentice Act, will be covered under the Act and will be subjected to EPF deduction as well if attracts S. 2(b) and S. 2(e)of EPF.

In case the students often do internship as a part of their curriculum; in this case however the EPF authority has given clarification that ‘Students’ getting stipend need not to contribute for EPF. Hence it is the option for both employer as well as the employee whether to or not to contribute in EPF. (Ref. circular no. coord/40(5) 2015/Misc/clarification dated 12-10-2015)

Further, it may be noted that trainees were recruited under a particular Training Scheme and there was no guarantee of employment after completion of the training period and that they were not entitled to other benefits, which were available to other permanent employees. These aspects have been decided in Sri Rama Vilas Service Ltd. V RPFC 2000 –I-LLJ-709(Mad) and Gandhi Vinita Ashram v PFC 1996 (1) CLR 1140 (P&H).

The trainee who is engaged under the Apprentice Act will not be entitled for the statutory bonus, as by virtue of S. 2(13) of the Payment of Bonus Act, 1965, an apprentice is not an employee, hence not eligible for bonus.

But where the trainee is engaged other than the Apprentice Act, the trainee if satisfies S. 8 of the Payment of Bonus Act regardless his designation.

In Chairman-Cum-Managing Director, Orissa Mining Corpn. Ltd. V. Controlling Authority, Payment of Gratuity Act & Ors. 1995-(001)-LLJ -0381 –ORI it was held that the period of traineeship will not be excluded for counting the minimum 5 yrs of service for the purpose of payment of gratuity.

Trainees under the purview of “The Sexual Harassment of Women At Workplace (Prevention, Prohibition and redressal) Act, 2013, regardless to whether it’s an Apprentice or a trainee.

Employees Compensation Act applicability for Trainees: A trainee, if engaged in the purview of Schedule II and occupation listed in Schedule III of the Act, will naturally can avail benefit under the Act. Whereas S. 61 of the ESIC Act puts limit to the employees on availing benefits under other Acts, even we can find the same provision while referring S. 51 of the Employees Compensation Act.

Though an Apprentice appointed under the Apprentice Act is not entitled for claim under the Employees Compensation Act.

U.P. State Electricity Board vs Shri Shiv Mohan Singh And Anr on 1 October, 2004

A woman trainee can too avail the benefit under the Maternity Benefit Act. The benefit can be availed if S. 3(o) and S. 5(2) regardless the designation of the trainee or Apprentice.

The Ministry of Labour and Employment, through its Notification G.S.R. 680(E) dated September 22, 2014 prescribed the minimum rate of stipend per month payable to trade apprentices.

The minimum rate of stipend per month shall be calculated at a percentage of the minimum wage of semi-skilled workers of the respective state or union territory which will be, namely

Further, in the event the minimum rate of wage for a trade is not notified by any state or union territory, then, the maximum of minimum wages of the scheduled employment for semi-skilled workers shall be considered for paying the stipend.

Whereas in case of Trainees in Pvt. Sector the employer cannot deprive the trainees from the payment of notified minimum wages even. As the Minimum Wages Act contains a list, which in the legal terminology is called as ‘Schedule’. This list states “scheduled employments”. This act applies to these scheduled employments. All workers regardless temporary and/or permanent and/or regardless to the status (trainee or probationary) under a scheduled employment must receive at least the statutory rate.

In a remarkable judgment given by the Apex Court in Yash Pal & Ors Vs. Union of India & Ors. took the reference of State of Punjab v. Jagjit Singh in where the following principles were laid down:-

In reference to the above supra, the trainee will even be taken under the purview of ‘Equal Remuneration Act’ where the basis of the Act is “Equal Pay for Equal Work regardless of gender”. 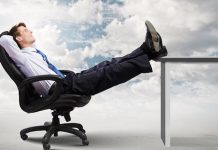 From Daydreaming to Starting Small 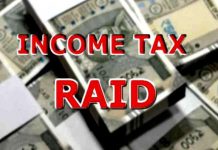 Powers and Procedure for Income Tax Raids (Search and Investigation) 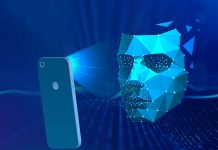