This article has been written by Priscilla Rodrigues, pursuing the Certificate Course in Advanced Civil Litigation: Practice, Procedure and Drafting from LawSikho.

Disputes are an unavoidable element of human interaction and society needs to develop constructive and creative solutions to solve them. A dispute is a manifestation of unresolved conflict. Conflict can simply be interpreted as the product of differences that make people different and bring individual desires to life. While conflict is unavoidable, there is no need for disputes.

Richard .E. Miller and Austin Sarat in their article note that: “Disputes are not discrete events like births or deaths; they are more like such constructs as illnesses and friendships, composed in part of the perceptions and understandings of those who participate in and observe them. Disputes are drawn from a vast sea of events, encounters, collisions, rivalries, disappointments, discomforts, and injuries. The span and composition of that sea depend on the broad contours of social life …The disputes that arrive at courts can be seen as the survivors of a long and exhausting process.”

The Constitution of India is based on the notion of a welfare state. It is the State’s duty to ensure access to justice for its people by establishing judicial and non-judicial dispute resolution mechanisms that provide prompt and effective justice and protect their legal and constitutional rights. Ignorance, poverty and other social dysfunctions should not become barriers to justice.

It is now known that free legal aid must be given to the indigent individual who is unable to defend himself in a court of law on the grounds of money and others and is now also mandated by Article 39-A and Article 21 of the Indian Constitution.

The law will help the poor who have no way to address their causes. The rescue operation for the constitutional mandate started with justice V.R. Krishna Iyer and the Committee Report of Justice P.N. Bhagwati, the weaker section thus makes it possible to challenge the right of the law court from Munsif courts to the Supreme Court.

In the preamble itself, our Constitution expresses this ideal, which talks of justice in all its forms i.e. social, economic and political. The Preamble guarantees all Indian people justice, cultural, economic, and political rights. The expression “Justice” speaks briefly of the and Legal Aid Camps, Family Courts, Village Courts, Mediation Centres, Commercial Arbitration, Women Centres Consumer Protection Forums, etc. which are but different facets of an effective alternative dispute resolution system.

The Constitution of India is this country’s fundamental norm; it includes provisions that signify a harmonious integration of individual behaviour with the general welfare of society to achieve justice. A person’s behaviour or action is said to be solely if it supports the community’s general well-being.

The attainment of the common good, therefore, as distinct from the good of individuals, is the essence of justice. Legal justice is part and parcel of social justice. As often the culture gets upset when the legal justice is refused. A legal system forms part of a state which maintains social stability by resolving disputes. In a country aimed at protecting citizens ‘ socio-economic and cultural rights, it is extremely necessary to settle cases in India rapidly, as the courts alone cannot handle the huge backlog of cases. This can be effectively achieved by applying the mechanisms of Alternative Dispute Resolution.

Article 21 states that “no person shall be deprived of his life or his personal liberty except according to procedure established by law”.

The word life and liberty are not to be read narrowly; it is supposed to be interpreted in its widest sense.

Right to a speedy trial

It has been described in Hussainara Khatoon I Vs. Home Secretary, Bihar that the right to speedy trial is also a part of the right to life and personal rights. The Supreme Court allowed Article 21 to expand goals as widely as legally possible. The explanation for this liberal interpretation was very simple that Article 21 is intended to alleviate the mental anguish, expenses and burden that a person has to endure in litigation and which, combined with delay, which result in deterioration of the accused’s capacity or ability to defend himself.

Article 39-A obliges the State to ensure that the operation of a legal system that promotes justice on the basis of equal opportunities and, in particular, grants free legal assistance, through appropriate legislation or schemes or in any other way, ensures that opportunities for justice are not denied to any citizen on account of economic or other disabilities

Through all of this we can see that the protection of justice is the most important function of a state and helps in it by the processes of ADR. Hence a great deal of legislation such as the Arbitration and Conciliation Act 1996; Section 89 of the CPC; the 1987 Legal Services Authority Act to facilitate justice.

In Guru Nanak Foundation v. Rattan Singh the Supreme Court of India while referring to the 1940 Act, observed that “the way in which the proceedings under the Act are conducted and without an exception challenged in courts has made lawyers laugh and legal philosophers weep” in view of “ unending prolixity at every stage providing a legal trap to the unwary.”

In Food Corporation of India. v. Joginderpal  the Supreme Court of India stated that the law of arbitration must be simply less technical and more responsible to the actual reality of situations, responsive to the canons of justice and fair play.

The Arbitration and Conciliation Act, 1996

In 1899, the first Indian Arbitration Act was introduced. The Act was largely based on the English Arbitration Act of 1889 and extended only to cases where, if the subject matter of a suit, the suit could be brought in what was then known as a Presidential Town, whether with leave or otherwise. Absent court interference, the purpose of this Act was limited to arbitration by consent.

The year 1940 is a significant year in British India’s development of arbitration law, as the 1940 Arbitration Act was passed that year. This revised and modified the arbitration rules as set out in the Indian Arbitration Act, 1899, and the Second Schedule to the Civil Procedure Code, 1908. It was based primarily on the 1934 English Arbitration Act. But it was noted, or rather observed, that certain proceedings were still pending, and the enforcement of this Act had some disadvantages. Thus the Arbitration and Conciliation Act, 1996, was enacted.

This Act contains 85 Sections, besides the Preamble and three Schedules. The Act is divided into four Parts. Part-I contains general provisions on arbitration. Part-II deals with enforcement of certain foreign awards. Part-III deals with conciliation. Part-IV contains certain supplementary provisions. The Preamble to the Act explains the biases of the proposed legislation. The three Schedules reproduce the texts of the Geneva Convention on the Execution of Foreign Awards, 1927; The Geneva Protocol on Arbitration Clauses, 1923; and the New York Convention on the Recognition and Enforcement of Foreign Arbitral Awards, 1958 respectively.

Conciliation has been accepted by law as an effective method for resolving disputes in relation to disputes between employees and management. The Industrial Dispute Act, 1947 calls for conciliation as well as arbitration for dispute settlement purposes.

The Supreme Court in Rajasthan State Road Transport Corporation V. Krishna Kant stated that “the policy of law emerging from Industrial Disputes Act, and its sister enactments is to provide an alternative dispute  resolution mechanism to the workmen, a mechanism, which is speedy, inexpensive, informal and unencumbered by the plethora of procedural Laws and appeals and revisions applicable to civil courts.”

The main purpose of the Industrial Dispute Act is to examine and settle industrial disputes with that in mind that various bodies have been formed by the Act like the works committee, conciliation Officer, Board of Conciliation and Courts of Inquiry that attempt to try to resolve the conflict before it can be resolved by the Labor Court or the Industrial Tribunal. The main goal is to settle the labor dispute in a friendly manner.

We can thus see that the constitution has given key importance to the alternative conflict resolution process. The state has an obligation to pass a law to have an alternative forum for dispute resolution. The same has been acknowledged by the legislature and by different legislation in the context of the adoption of the Alternative Dispute Resolution Process.

The need to create an alternative model of access to justice is deeply felt. It is said that alternative dispute settlement methods are versatile, affordable, swift and less formalistic in nature, making it a feasible alternative for the court of law to adjudicate. In the case of a simple disagreement, there is an alternative approach to the option of parties, aside from legal proceedings. The ADR framework serves as a helping agent to climb up the ladder of justice for all. India is heading towards the ray of light of judicial equality. With greater speed, the ADR movement needs to be carried forward.

This would greatly reduce the burden on the judiciary, apart from offering immediate door-step justice, without requiring major costs if the effect is successfully given to them.

Synergies in mergers and acquisitions 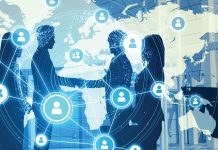 Analysis of top ten tech acquisitions of all time 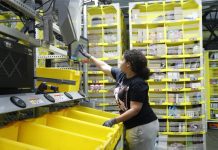 Unsafe working conditions at Amazon warehouse and its impact on employees : an insight