This article has been written by Siddharth Jasrotia, a student of Law pursuing B.A.LL.B.(Hons.) at Maharashtra National Law University, Mumbai. He has authored publications in the field of Constitutional and Criminal Law. He has undertaken guided research and specialization courses in the field of Cyber Law, Environmental Law, Child Rights and Law of Contracts.

The substantive part of the law which enables a partnership firm to convert into a limited liability partnership (“LLP”) is stated under Section 55 of the Limited Liability Partnership Act, 2008 (“2008 Act”), whereas the procedural part of the law which specifies the criteria to be followed for such a conversion is stated under the Second Schedule of the 2008 Act and Rule 38 of Limited Liability Partnership Rules, 2009 (hereinafter referred to as “2009 Rules”).

Even though it is not mandatory to register a partnership deed, only those partnership firms which are registered either under the Indian Partnership Act, 1932 or under any other law, can apply for conversion to an LLP. The LLP to be formed must comprise all the partners of the original firm and should not include any other person. No new partners can be added to the LLP until the conversion process is completed. Consent of all the partners and the creditors of the firm must be obtained prior to such conversion. In case of a body corporate, Board Resolution of Partners portraying intentions of partners to convert must be passed. All the partners should have made contributions of some form to the incorporation of the LLP. Among the proposed designated partners of the LLP, at least one should be a resident of India and have stayed in India for a minimum period of 182 days in the preceding year. the 2008 Act does not allow conversion of multiple firms, therefore only a single firm can be converted into a single LLP.

Various details such as the proposed business activity of the LLP, its monetary value and contribution of each partner towards it, proposed place of business, details of designated partners etcetera as required in the forms must be provided. It is preferred that the name to be applied for, must be identical to the name of the firm and it should be specified if the same is based on a registered trademark. The Registrar of Companies will approve such an application if it does not conflict with the name of an existing LLP. Sixthly, an application in the format of Form-17 for the conversion of firm into LLP containing statement of partners, No Objection Certificate from tax authorities, details of pending court proceedings etcetera along with the fees required as per Annexure-A must be submitted to the Registrar. The 2008 Act provides absolute discretion to the Registrar for denying any such application. However, in case of such refusal, an appeal before a Tribunal or the Company Law Board can be made within sixty days from date of receipt of such intimation. In case the Registrar approves of such conversion, he is to register the documents and issue a certificate of registration under his seal in the format of Form-19 specifying the date from which the LLP is registered under the 2008 Act.

Seventhly, the newly registered LLP should inform the Registrar of Firms with which it was previously registered under the Indian Partnership Act, 1932 about such conversion in the format of Form-14. Such an intimation must be made within fifteen days from the date of registration. For a period of twelve months commencing from fourteen days of such registration, the LLP should notify in its every official correspondence that it has converted from a firm to an LLP, the date of registration and its previous name and registration number as a partnership firm. If an LLP fails to mention the aforementioned details, it will be liable to pay a fine ranging from ten thousand to one lakh rupees, with a further per day fine from the date of default ranging from fifty to five hundred rupees. Lastly, the drafted LLP agreement as mentioned in the first step must be filed with the Registrar in the format of Form-3.

The partnership firm will be deemed to be dissolved and subsequently removed from the records of the Registrar of Firm as a result of this conversion. It was observed by Allahabad High Court in Pavan Coal Company LLP Ther Thru… v. State of U.P. & Ors.that a partnership firm converted into an LLP becomes competent to contract as an LLP from the date of registration as specified in the registration certificate. The LLP will be recognized from its name in the certificate of registration and all its partners will be bound by provisions of the Second Schedule. Without any further act/deed, all the undertakings of the firm, all the tangible and intangible property of the firm, and all the assets, rights, liabilities, privileges, interests, obligations etc. of the firm will ‘transfer’ and ‘vest’ in the LLP so formed.

‘Convert’ has been defined in the second schedule to include ‘transfer’ of property, liabilities etc. However, the Bombay High Court in CIT v. Texspin Engineering and Manufacturing Works has laid down that conversion being a statutory vesting of properties into the LLP cannot be equated to ‘transfer’ under Income Tax Law. The Court reasoned that Section 45(1) of Income Tax, 1951 which states that profits arising from the transfer of capital assets are taxable, shall not apply in cases of conversion under the 2008 Act because there is no transfer by way of the distribution of assets and neither is it between two parties. However, yearly depreciation of assets as per Section 34 would remain applicable as the assets are neither sold, discarded, demolished nor destroyed. After conversion, the status of the firm with respect to proceedings by/against it, and agreements (including those of employment and appointment) existing immediately before the registration, will remain constant and it is deemed that the same were entered by the LLP.

For licenses issued to the firm, the status will be constantly subject to provisions of the Act under which they were issued. However, every partner of the firm will be liable personally as well as jointly and severally with the LLP for the obligations the firm had prior to conversion but will be entitled to indemnification by the LLP for any costs incurred during discharging such liabilities. In case a CA Audit Firm, being an auditor in a company under the Companies Act, 1956, gets converted into an LLP, then according to Section 58(4)(b) of the 2008 Act, it will be deemed to be the auditor of that company.

Procedure for conversion of a partnership firm into an LLP and procedure for conversion of a private company into an LLP are broadly identical to each other, and therefore the following precedents laid down in regard to private companies can be applied in cases of partnership firms as well. An agreement between parties at dispute, to convert a company into LLP and distribute the land to be owned by the LLP in the same ratio as the share of each partner, was held to be valid by the National Company Law Tribunal in Juluri Umamaheshwar & Ors. v. Leena Agro Chemicals Private Limited Pragathi Industrial Estate & Ors. In the aforementioned case, a clause in the agreement stating that parties will withdraw all the suits against each other and carry out registration on the same day, was also held to be valid.

It was held in Sky Light Hospitality LLP v. Assistant Commissioner of Income Tax, that where a notice issued under Section 147 & 148 of the Income Tax Act, 1961 by the Assessing Officer was erroneously addressed to the M/s Sky Light Hospitality Private Limited (the name of the company prior to conversion into LLP) instead of Sky Light Hospitality LLP and the same was duly received by the LLP and was subsequently relied upon by the LLP, the mere fact that it was issued to a non-existent body (since company is deemed to be dissolved upon conversion) would not vitiate the proceedings under Income Tax Act. It was further highlighted that since the notice was received by the LLP on time, the procedural irregularity in question has caused no prejudice to the party. It was laid down in Acadia Hotels and Resorts LLP v. ROC Mumbai, that where there was no wilful negligence on the part of a converting company which incorrectly filed Form-3, the additional fees for amendment of the said firm will be waived off. Courts have emphasized that such procedural aspects should be interpreted in the most liberal manner unless such interpretations contradict the substantive part of the law. 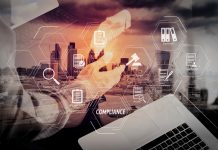 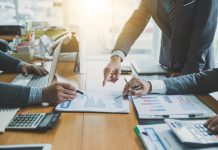 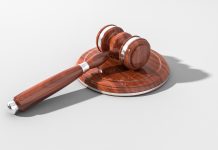 Doctrine of Election and it’s Incorporation