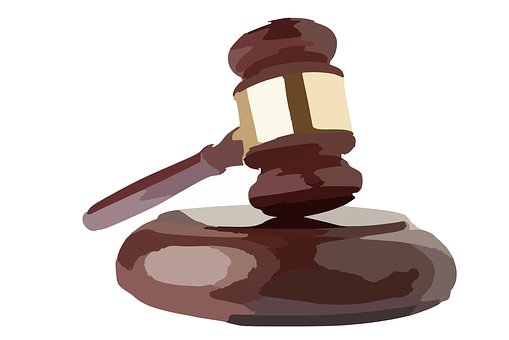 In this article, Mansi Bathija of UPES Dehradun discusses Legal Issues Around Auction of Tea, Coffee and other Agricultural Products.

The agriculture sector plays a vital role in our nation. The sale and purchase of the Indian farmers and although 70% of India’s population depends upon the agricultural sector income, it would not be wrong to say that these farmers are not provided with fair remuneration for their agricultural produce.

In the last few years, the government of India has come up with the idea of an online sale of the produce and due to which online auctions are held. In fact, not just the agricultural produce but tea and coffee are also auctioned online. This step was taken by the government to create transparency in the market. However, it still acted as a setback sometimes.

The agriculture sector in India is expected to generate better momentum in the next few years due to increased investments in horticultural infrastructure, for example, water system facilities, warehousing, and chilly storage. Components, for example, reduced exchange expenses and time, improved port gate management and better monetary incentives would contribute to the sector’s development.

To get to the crux of the topic, we need to understand the outer prospects of it.

A Regulated market is a wholesale market where purchasing and offering are regulated and controlled by the state government through the market board. Regulated markets go for the advancement of the marketing structure to guarantee gainful cost to the farmers; decrease non-practical edges of the merchants and commission operators, and limit the value spread between the maker and the buyer[1].

In India, the organized marketing of horticultural items has been advanced through a system of regulated markets. Most state governments and UT organizations have enacted legislations to accommodate the control of farming produce markets. While before the finish of 1950, there were 286 regulated markets in the nation, their number as on 31 March 2006 remained at 7566. Likewise, India has 21780 rural periodical markets, around 15% of which capacity under the ambit of direction. The appearance of regulated markets has helped in relieving the market impediment of makers/dealers at the wholesale gathering level. However, the rural intermittent markets as a rule and the tribal markets specifically, stayed out of its formative ambit.

There were other legislations such as the Agricultural Producer (Grading and Marketing) Act, 1937 to regulate the standard and quality of the products to be used within the country and to be exported, the Forward Contracts Regulations Act, 1952 to regulate and control the market charges, Standards Weight Act 1939 and the Metric Systems of Measures Act 1958 to avoid manipulations in prices etc.

In India, farming is a “state subject”. In this manner, the wholesaling of agricultural products is represented by the Agricultural Produce Marketing Acts of different State governments. The particular goal of market control is to guarantee that farmers are offered reasonable costs in a straightforward way. The APMC Act[2] enables state governments to tell the products, and assign markets and market territories where the regulated exchange happens. The Act additionally accommodates the development of agrarian deliver market boards of trustees (APMC) that are in charge of the operation of the markets. The whole State is partitioned and proclaimed as a market zone wherein the markets are overseen by the Market Committees constituted by the State Governments. In 2015, there were approximately 7,500 regulated markets in the nation.

Methods of Sale carried out by APMC Market

The National Agriculture Market (NAM) is envisaged as a container India electronic exchanging portal which seeks to network the existing Agricultural Produce Market Committees (APMCs) and other market yards to create a unified national market for agricultural commodities. NAM is a “virtual” market yet it has a physical market (mandi) at the back end.

NAM was announced amid the Union Budget 2014-15 and is proposed to be achieved through the setting up of a typical e-platform to which at first 585 APMCs selected by the states are linked. NAM was launched on 14 April 2016 with 21 mandis from 8 States going along with it and the principal phase of connecting 250 mandis was over on 6 October 2016.[3]

NAM is implemented as a Central Sector Scheme through Agri-Tech Infrastructure Fund (ATIF). The Department of Agriculture and Cooperation (DAC), Ministry of Agriculture will set it up through the Small Farmers Agribusiness Consortium (SFAC). The Central Government will provide the software free of cost to the states and also, a concede of up to Rs. 30 lakhs per mandi/market will be given as a onetime measure for related equipment and infrastructure requirements. In order to promote genuine price discovery, it is proposed to provide the private mandis additionally with access to the software yet they would not have any monetary support from Government.

A measure of Rs. 200 crore has been earmarked for the scheme from 2015-16 to 2017-18. This includes arrangement for providing software free of cost by DAC to the States and Union Territories (UTs) and for cost of related hardware/infrastructure to be subsidized by the Government of India up to Rs. 30 lakh per Mandi.

The central government had written to all state governments to pick, where possible, for e-closeouts to procure agricultural commodities. This was done a few days before the Union Budget was presented. This is a piece of an arrangement to get going in a National normal market for Agri items, connecting all the wholesale markets keep running by Agricultural Produce Marketing Committees (APMCs). The Center has lauded NCDEX’s mandi modernisation program (MMP), under which all APMCs of Karnataka have already been linked electronically and farmers get one state price for commodities traded on this regular platform. The Survey said in Karnataka, 51 of the 155 principal market yards and 354 sub-yards have been integrated into a single licensing system. Rashtriya e-market Services, a joint venture created by the state government and NCDEX Spot Exchange, offers automated sale and post sell off facilities (weighting, invoicing, market fee collection, bookkeeping), measuring facilities in the markets, help of warehouse-based sale of produce, ware funding and price dissemination NCDEX is additionally implementing a Unified Market Platform, whereby all mandis in the state are being unified for single trading. Aside from Karnataka, it has started bringing together mandis in Telangana and Andhra Pradesh.

The “NE-Fresh Online Auction System” (URL: www.eauction-neramac.in) has been launched on August 10, 2016 at Gangtok.

Developed by the Center for Development of Advanced Computing C-DAC[4], Kolkata, after being approached by the North Eastern Regional Agricultural Marketing Corp. Ltd (Neramac)[5], a government of India enterprise under the service of development of north eastern region, the online e-auction system of ranch products has tasted starting success with Sikkim’s large cardamom produce. A simple process of online registration and participation of bidders across India and the world is being offered as an answer to the logistical problems of distance to wider markets, remoteness, and lack of infrastructure that have hamstrung the development of the agricultural sector of the eight north-eastern states, including Sikkim. Under the system known as the Centralized e-Auction System for the North Eastern States, buyers are expected to call out offers on the agricultural products. The products are placed in parcels and are showcased online to prospective bidders before the actual auction takes place on the website, eauction-neramac.in, that can be accessed through any computer with an Internet connection.

While farmers have to pay Rs.2,000 for registering on the site, traders pay Rs.15,000, with the registration being substantial for two years.

E-auction of tea and coffee

Coffee –  The Indian coffee trade association was introduced in Feb 1993 with the aim of holding coffee auctions[6]. Prices were based on the New York and London coffee settlement rates.

Tea – Tea auction was introduced in India in 2008. It was considered to be the finest tea auction worldwide which was organized by Calcutta tea traders association and tea board. It was expected that the e-auction would bring in transparency in the tea trading

Although the pan India Association came up with the scheme of online market of tea and coffee to make it easier for people from throughout the country to be able to participate in the trading of these, somehow initially it did not turn out well for some farmers. There have been technical issues regarding the payment options on the part of bank of India. Certain issue read that a major problem arose in sale number thirty seven in which rs. 167 crore were locked up in the settlement account of the bank of India.