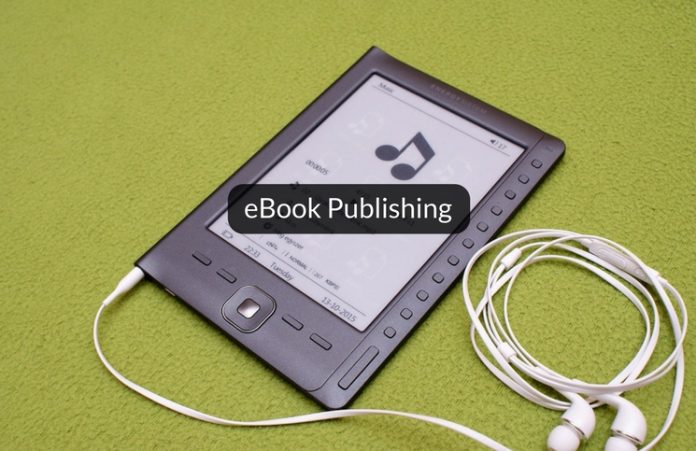 In this blog post, Suprateek Neogi from Rajiv Gandhi National University of Law, Punjab talks about the legal issues regarding eBook publishing.

eBooks or electronic books, are basically books available in a digital format. In today’s era of digitalisation, online and electronic books have a lot of relevance. E-books can be accessed from most types of electronic gadgets, including, but not limited to phones, computers, tablets, eBook readers (example, Kindle) and so on.

eBooks are becoming increasingly popular in the present day. This is due to them being easily accessible, and cheaper. eBooks cost less because of their lower cost of production. This is due to their being no printing and related costs.

One of the legal issues involved with e-books is the same as most digital files – piracy and copyright infringement (elaborated later). A lot of emerging, and even well established publishers have been facing this problem, more so, after the advent of the internet. Internet, in the present day, is highly user-friendly and even a layman can use the internet to make copies of eBooks.

eBooks are commercially available in multiple formats like ePub, MOBI, AZW, KF8, PRC and many more. Some formats are protected with DRM or Digital Rights Management technology.

What is Copyright & How Does it Affect eBooks

eBooks are under the ambit of all the laws and legislations governing intellectual property, and more specifically, literary and digital/electronic works. This includes the Indian Copyright Act and Information Technology Act.

The creators and producers of eBooks own the exclusive copyrights to their works. They are permitted to give selective, or absolute (depending upon their discretion) rights to a third party for usage of their composition for commercial purposes.

Section 14 of the Indian Copyright Act, 1957 defines the term copyright. A copyright is basically the legal right to print, publish, perform, film, or record “literary, dramatic and musical work” or any such creative material for a span of a few years, or even lifetime. Hence, eBooks fall under this definition.

When a writer gives a book to a third party, like a publisher, for publication, they sign an agreement which legalises the same. The third party is said to have obtained a “licence” for the usage of the composition(s). The above mentioned publisher is referred to as the licensee. Section 2(j), in short, defines the term licence as the right to use benefits of having a copyright of a particular commodity.

The working of DRM can be explained with this example – a book written by an author has been registered under the appropriate authorities. Now, it has proper legal protections under the law. If the author still feels that further protection needs to be accorded, he or she may protect the book by a further layer of protection in the form of DRM. The author now has the figurative key to the lock over his work, and can streamline who uses it.

DRM is basically a measure to limit the access of third parties to access the file for further copying etc.

Kindle, by Amazon, is probably the most popular eBook reader in the present day. Kindle formats, like AZW and mobi, and even a few PDFs are protected by DRM coding. A consequence of this is that a few eBooks in AZW format cannot be opened in other devices.

Apple has its own DRM technology called ‘Fair Play’. Apple recognizes PDF, text file, .ePub, and .ibooks file. Unlike Amazon, which has its special formats, most of Apple’s formats are general, but are protected by Fair Play.

DRM is restrictive in nature. It brings a lot of practical issues with the use. It affects the consumers and their access to the file.

There is a lot of opposition to DRM by those who claim that it violates the right of use of the users who paid for the commodity. For example, someone who bought an eBook from the Amazon store for his Kindle, may not be able to access it from his phone through another reader. This affects the accessibility of the user.

Advocates of free use of online material claim that this defeats the most advantageous factor about the internet. They feel this causes the consumer to pay out of their pocket for files which can easily be accessed for free, which they feel, is right.

But the fact remains that piracy is widely prevalent around the world, and DRM is an effective measure against the same.

Indian Copyright (Amendment) Act, 2012 added Sections 65A and 65B which deal with “any person who circumvents an effective technological measure applied for the purpose of protecting any of the rights conferred by this Act”.

The sections basically say that anyone who tries to bypass any technological protection of any copyrighted material (example, DRM) can be punished with a two year imprisonment along with a fine.

There have been quite a few controversies about the same, especially in the United States. One such example is the case of Sony Entertainment. Sony launched a DRM software called MediaMax. It was criticized for being too restrictive. It was designed such that the consumer who bought the MediaMax enable CD could only burn three copies of the same, before the software locked the feature of burning. What made matters worse was the lack of transparency that Sony incorporated.

The albums did not explicitly mention this feature, and only upon a careful reading of the End-User License Agreement (EULA) of the album, could one get to know of the existence of this feature. Further, it even collected information about the user’s listening routines and sent the information to Sony.

To add fuel to the fire, this feature opened up the users to computer threats through hackers and the like. This caused a mass consumer outrage, and Sony faced the brunt of it in the form of class-action lawsuits. Sony settled all of the suits for a hefty settlement.

How and Where to Publish Your Work

eBooks can be published on various online platforms. Each have their own terms and conditions, with their own advantages and disadvantages. Various sources have separate statistics about marketshare, but all agree that the eBook market is dominated by Amazon. Amazon’s Kindle Direct Publishing (KDP) is a self-publishing service providing a good opportunity for all writers.

90% of the eBook market is dominated by Amazon (60%) and Apple’s iBook Author (20%). Other publishers are Pubit!, Google Play store, Writing Life and so on. Kindle is an eBook reader by Amazon, which supports AZW, KF8 and other Amazon specific formats. Google Play Store sells eBooks in PDF format, while Apple’s iBook Author recognizes ePub, PDF and other common formats.

Royalty is a payment made to the legal owner for the use of property. The conditions upon which the royalties are awarded depend upon the license agreement between the parties. When an author gives the license to a publisher to publish their book, they expect to be paid back in what is called royalty. Different publishing houses have different rates depending on a variety of factors, even in the case of eBooks.

Since Amazon dominates the world market for eBooks, a case study of Amazon’s KDP is given.

Clause 5.3.1 of Amazon’s Kindle Direct Publishing’s terms and conditions mention that the author has the right to provide the list price he or she desires for their book. The royalties earned will be dependent on that, amongst other factors including geographical location, any special contract signed etc. The list price would be considered exclusive of Value Added Tax (VAT), and any such taxes.

In Kindle Select, you give Amazon the exclusive rights to sell your book for 90 days. This means you cannot sell the book in any other platform. Further, an option of free promotion is available, in which you can make the book available for free for five days. The books are even included in Kindle Unlimited.

Kindle Unlimited was started in 2014. It has quickly grown to include thousands of books, which are available for free, after a payment of INR 150 per month. All books under the Kindle Select program have an option for being offered under Kindle Unlimited.

The respective royalty rates of Amazon bookstore are mentioned as follows –

Apple, under iBooks Author, publishes eBooks. The royalties earned is 70% of the list price provided. Unlike Amazon, Apple does not have such a complicated for paying royalties.

“If your Work is provided for a fee (including as part of any subscription-based product or service), you may only distribute the Work through Apple and such distribution is subject to the following limitations and conditions: (a) you will be required to enter into a separate written agreement with Apple (or an Apple affiliate or subsidiary) before any commercial distribution of your Work may take place; and (b) Apple may determine for any reason and in its sole discretion not to select your Work for distribution.”

A lot of authors misunderstood this as saying that all eBooks sold through iBooks cannot be sold anywhere else. But what this means is that if the books are in iBooks format, then only this is applicable. In other cases, the books can be converted and sold on other platforms.

What Should You Look for Before Signing With a Publisher

An agreement with a publisher for eBooks takes place online. Due to modern technologies, most of the times, while publishing, the author does not need to leave the comfort of their home. Just a few clicks can lead to a fresh template for your book, illustrations and everything you need. Often, due to the increased comfort and fast paced nature of our lives, we do not give a second glance to the terms and conditions while pressing “I Agree” on a lot of content found online. So, to minimize any mistakes, this section will highlight the checklist for an eBook Publishing Agreement.

The “term” of the agreement specifies the effective date from which the agreement begins, and also the date of its end. The following is an example of the term and termination part of a music license agreement. This is a part of the agreement whose license grants section was quoted earlier.

This section includes the clauses about the royalty to be paid to the authors at al, the remuneration for the licensee and so on. This clause handles the payments of both the parties, and hence, the commercial importance of the clause cannot be understated.

The third generation is often called the ‘Internet Generation’. This is because of the immense popularity it has gained in the last decade, and how it is so easily accessible. This has cause a lot of changes in our manner of working, and even lifestyle.

One of the aspects affected is reading. eBooks have become immensely popular due to it being immensely accessible, and cheaper to publish. Hence, a lot of new authors are preferring eBooks over paper books.

This article has tried in spreading awareness about eBooks, and how they are protected by copyright law. It also includes an analysis of Amazon’s store, which is dominating the eBook market.