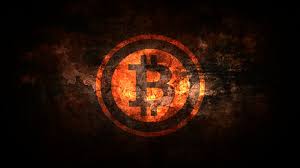 In this article, R. Gowrishanka of Galgotias University discusses Legal regulations needed in India over ICO.

This paper would discuss the main aspects in relation with Initial Coin Offering and the main elements of ICO, Bitcoins and Ethereum. The rise of Bitcoin and how it got has become the next big thing in the IT industry and how we do our financial transactions in our present and future. How it has risen so quickly and what are the Indian perspectives and how Indians are making use of Bitcoins in their life.

We have seen thousands of companies come and go, and we have seen that a company does well even if it does not have any one of the above four mentioned, take for example the biggest cab service provider Uber. Uber does not own any of the cars which it uses for providing the cab service, this goes to show that one thing can be removed and you can still do well. But the one thing that can never be removed from for establishing business is Capital. Capital means the money involved in the process of establishing the business and the most common way of raking money is by issuing shares to the people who provide the money through a process called Initial Public Offering or IPO. These people are called investors of the company and they have a share of ownership in the company.

Since many years there has been a drive to discover alternate ways to raise money for the establishment of a company and in present the most eye catching of all is through cryptocurrency or digital currency and is called the Initial Coin Offering or ICO.

So this begs the question as to what is an ICO and how is it different from an IPO.

An Initial Coin Offering (ICO) is akin to an Initial Public Offer (IPO) and it involves selling a new digital currency at a discounted or a “token”. If the value the token rises, the investor has made a profit in the same.

The first time ICO was used was by Ripple Labs in the year 2013. Later in the same year Mastercoin promised to create a layer on top of the Bitcoin to execute smart contracts and tokenize Bitcoin transactions. The developer of this sold Mastercoin against Bitcoin and made around $1000000.

Several other crypto currencies have been funded with ICO, like Lisk sold its coins for around $5 Millions in early 2016, and the most prominent is Ethereum. In mid-2014 the Ethereum Foundation sold ETH against 0.0005 Bitcoin each. With this, they receive nearly $20 Millions, which has become one of the largest crowd funding ever and serves as the capital base for the development of Ethereum.

Ethereum – A part of ICO

The easiest function of the Ethereum is to create a simple token which can be transacted on the Ethereum blockchain instead of Ether. This has made Ethereum host of such wide scope of ICO that one can safely say that it has become the largest and common platform for crowd funding and fundraising. [1]

The biggest development in the field of Crypto Currency was witnessed in the year 2008 when a person under the pseudonym[2] of Satoshi Nakamoto published a paper titled “Bitcoin: A Peer-Peer Electronic Cash System” and described the use of peer-peer network as a solution to the problem of double-spending.[3] In the year 2009, the bitcoin network started to operate with the release of its first open source bitcoin client and the issuance of the first bitcoins with Satoshi Nakamoto mining the first block of bitcoins ever which amounted to 50 bitcoins, which at that time was valuing at virtually no value or very less.

From a very nascent stage in 2009 where only 50 bitcoins were traded, in just nearly 8 years or so a whopping 16,596,738 bitcoins have been traded till now.[4] The total number of bitcoins in circulation that have been mined; in other words means the supply of bitcoins on the network.

What is meant by Mining of Bitcoins?

Bitcoin operates as a Peer-To-Peer network. This means that everyone who uses bitcoins is a tiny fraction of the whole bank of bitcoin.

How do we get currency? We get our currency from our central government and the RBI issues us the currency. In the case of bitcoins there are no central government but there are miners. Miners use special software to solve math problems and are issued a certain number of bitcoins in exchange. This provides a smart way to issue the currency and also create an incentive for more people to mine. Since miners are required to approve bitcoins transactions, more miners mean a more secure network.

The miners from beginning use computer for solving of the questions and as technology advances the speed in derivation of solution has increased. And so is the difficulty level of the problems and the amount on a certain miner. Due to this reasons, the miners pool in their efforts for solving the problem and divide the amount of bitcoin according to their efforts put in. Mining is an important and integral part of Bitcoin that ensures fairness while keeping the Bitcoin network stable, safe and secure. [5]

There has been much hue and cry over the legal status of such virtual/digital currencies like Bitcoins, Ethereum, XRP Money etc. In the year 2013, the Financial Crimes Enforcement Network (FinCEN) a bureau of the United States Department of Treasury issued a report regarding centralized and decentralized “virtual currencies” and their legal status within the “Money Services Business” (MSB) and Bank Secrecy Act regulations. It classified such digital currencies( Bitcoins)s “Virtual Currencies” as they are not a legal tender under any sovereign jurisdiction. However it was considered by the FinCEN that if any American person or entity generates “virtual currency” such as Bitcoins are money transmitters or come under the MSB if they sell their generated virtual currency for national currency. This is specifically for the miners of the Bitcoins.

In the year 2013, the United States extended its Anti-Money Laundering regulations to the processors of Bitcoins transactions.

In late July 2013, the industry group Committee for the Establishment of the Digital Asset Transfer Authority began to form to set best practices and standards, to work with regulators and policymakers to adapt existing currency requirements to digital currency technology and business models and develop risk management standards.[6]

Pros and Cons of Bitcoin

You are in control of your bitcoin, there is no central authority figure in Bitcoin network.

It is secure because in Bitcoin transactions there is no need to reveal any personal information.

With the block chain technology being used all finalized transactions are available for everyone to see.

It is a known fact that not all people are aware of the usage of Bitcoin in the world including India. People are to be educated on the aspects and functioning of Bitcoin. Many businesses are accepting bitcoins but are relatively small compared to physical currencies.

Bitcoins are volatile in nature because supply of Bitcoins is very less as compared to the demand made for bitcoins. The risk surrounding Bitcoins may end soon as and when big media houses and companies start accepting the usage of Bitcoins.

Bitcoin in still in an infancy stage with incomplete features that require further development. Bitcoin has some growth to do before it comes to its full potential.[7]

ICO is everywhere now. Look right, look left and straight and then cross the road. In the same way wherever you look now there is a prospect of ICO being there. Around $665 Millions has been raised from token sales in the month of July 2017 alone and the amount for the year is expected to be at $3 billion.

How do startups scale up operations, through Venture Capitalists, angel funding but entrepreneur such as Shumukh Shetty the founder of EZ Ether has a new option: ICO.[8]

He says that ICO creates a shared structure wherein not just one stakeholder makes all the money.

Another instance where we can see that Indians are engaging in crypto currency is in the case of Mr. Mohit Mamoria who is prepping to launch crypto hedge fund, a first of its kind in India. The tokens are called GOD Tokens and the token will represent a proportionate equivalent based on the investment amount.

Indicoin a cryptocurrency and a social service platform built on top of the Ethereum Blockchain started India’s First Token Sale on October 1st. The accepted currencies in Indicoin are ETH, BIT and LTC and the token amount available is 550 Million. Rate of INDI Tokens during the Token sale are: 1 ETH= Rs. 12,500/- 1 BIT= Rs. 175,000/- and 1 LTC= Rs. 2500/-. The sale of token ends on November 1st.[9]

Regulations in place in India for Bitcoins and ICO

The ever so growing rate in which ICO and Bitcoins are increasing has even made the Indian government to match up with its growth. The Ministry of Finance had created an Inter-Disciplinary Committee[10] which has been given the responsibility to track the growth, usage trends, cryptocurrency market and the embedded technology in India. The usage of Bitcoins have been a new trend in the MyGov.in app that is the official app for the present government led by Shri Narendra Modi. Before the implementation of the Inter-Disciplinary Committee on ICO and Bitcoins the Indian government had a negative view towards cryptocurrency and feared that these go against the Anti-Laundering laws. The Inter-Disciplinary Committee has recommended the implementation of Know Your Customer or KYC Forms and make it compulsory in order to regulate its safe and secured handling. The said committee also wants to make changes in the Reserve Bank of India Act, 1934, and wants to bring cryptocurrenices under the blanket of RBI Act 1934. Cross Border payments done with the help of cryptocurrency would come under the FEMA Act to address the issue of foreign exchange.

“There are three era of currency: Commodity based, politically based and now, Math based” ~ Chris Dixon.

ICO and Bitcoins are the next big thing. In this ever fast and ever changing and ever demanding era, the emergence of Bitcoins are just icing on the cake. There are no or less regulations which control the management and functioning of these digital currencies making it easier and available to a huge spectrum of the world. Unlike plastic currency where there is a regulatory body sitting over us, here we are the owners.

Every new thing brings some fears, speculations, myths and a blizzard of questions with it, which make the adaption of it quite slow. With ICO and Bitcoins the same is happening, very less amount of people are aware of the concept of ICO and Bitcoins let alone trading of the same. We need to educate our people in how ICO works. Like seen above in my article it is a booming market, in just a span of 8-9 years the value of bitcoin has increased by a mammoth 14, 44,000 times. This just goes to show the immense prospects of growth in this sector. There are some fears and problems faced by this sector too, but which new thing does not go through ups and downs. We have to create new laws that would regulate the functioning of ICO and Bitcoins, Ethereum, LTC and other forms of ICO.

I would like to finish by quoting the words of Mr. Eric Schmidt- CEO of Google.

“Bitcoin is a remarkable cryptographic achievement and the ability to create something that is not duplicable in the digital world has enormous value.”

[5] What is Bitcoin Mining? (https://www.youtube.com/watch?v=GmOzih6I1zs)

[9] The values are given at the website of IndiCoin (https://www.indicoin.org.in/)