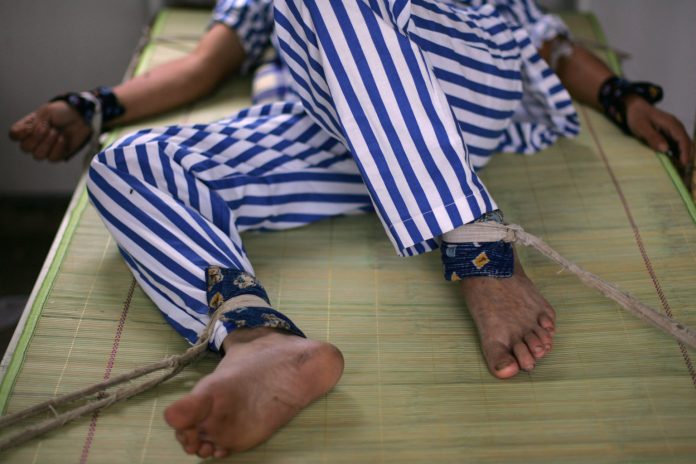 This article written by Saumya Sinha, a student of Rajiv Gandhi National University of Law, discusses primarily on the legal rights of persons with mental illnesses including insanity and lunacy laws that is available as a part of Human Rights Law. Although, not exclusively rendered under the Constitution of India, it gives an insight to its constitutional aspects as well.

The Mental Health Care Act, 2017 has defined mental illnesses as a substantial disorder of thinking, mood, perception, orientation or memory that grossly impairs judgment, behaviour, capacity to recognise reality or ability to meet the ordinary demands of life. It also includes mental conditions associated with the abuse of alcohol and drugs.[1] A study conducted by the National Institute of Mental Health and Neurosciences (Nimhans) concluded that 13.7% of Indians suffer from mental illnesses and 10.6% of this requires immediate intervention. Out of these, nearly 1.9% of the population suffers from a severe mental disorder which includes schizophrenia, bipolar mental disorders, etc.[2]

Moreover, a study conducted by a charity by the name ‘Live Love Laugh Foundation’ at the beginning of 2018 concluded that 87% of the respondents showed awareness, out of which 71% of them used the word ‘stigma’ or associated terms with mental illnesses.[3] Therefore, it is the law which has to step into the picture to bridge the gap of social acceptance and grant various rights to people who suffer from mental illnesses. This becomes all the more important due to the growing awareness of human rights. Mental Health Care, 2017 is one of such step of the legislators to provide them with various rights. Apart from this legislation, the article will also focus on the position and rights of persons with mental illnesses (PMI) under various other laws.

The Mental Health Care Act, 2017 has been looked upon as a historical intervention in the field of medical healthcare. It has been termed as a ‘pro-right’ document for the PMI.

Right to make an advance directive

The Act gives the right to persons with mental illnesses to make advance directive with respect to the way the person should and should not be treated in case of his mental illnesses. Further, in the advance directive, he also has the right to appoint a nominee who has the duty to act on his behalf in taking treatment decisions and all other purposes as given in the Act which has to be in the best interest of the PMI.

The PMI has the right to access a mental health care or service provided or funded by the government. The Act provides that such mental health care services have to be acceptable to the PMI and their families, among other criteria.

The services provided should be affordable and of good quality so that financial status is not an impediment for persons suffering from mental disorder. Moreover, it is the right of the PMI that the quality of the services is not compromised.

The persons living below the poverty line or persons who are homeless or destitute have the right to avail the mental health care services and facilities free of cost and no financial cost, whatsoever, in the government-run or government funded establishments. Moreover, the appropriate government can also designate other healthcare centres where this provision shall be made available. Further, all persons with mental illnesses have the right to avail all the medicines enlisted in the Essential Drug list, notified by the appropriate government, at free of cost. Such availability has to be made by the government at all the state-run and state-funded health establishments.

Right to live in a community

The government is obligated under the Act to provide such healthcare facilities so as the person suffering from mental illnesses is able to live in a community, along with his family. Such persons cannot be secluded from society and if it is so impossible for them to live with the family or the person has been abandoned by the family, it is the duty of the government to provide aid. Moreover, the mother of a child who is below three years has the right not to be separated from her child for the reason for her being mentally ill. This right can be reasonably restricted if there is a risk of harm to the child and the child can be temporarily separated from the mother.

Right to protection from cruel, inhuman and degrading treatment

The roots of the right to a dignified life lie in Article 21 of the Constitution. This has been incorporated in the Mental Healthcare Act too which lays down that every person suffering from mental illnesses has a right to live with dignity. Moreover, such persons also have the right to be protected against cruel, inhuman and degrading treatment in any health establishment.  Also, there are various other rights provided to them such as the right to a safe and hygienic environment and other conditions such as the right to privacy.

Right not to be treated under prohibited treatment

The Act completely prohibits electroconvulsive therapy for children. Even for adults, the therapy has been performed by taking certain precautions such as using muscle relaxants and anaesthesia.

Right to equality and non-discrimination

The persons with mental illnesses have the right to be treated equally with the physically ill patients at the time of treatment, i.e. with respect to emergency services, ambulance services, etc. Moreover, no discrimination shall be made on any basis which shall include gender, sex, sexual orientation, religion, culture, caste, social or political beliefs, class or disability.

The Act assumes that every person, including persons with mental illnesses, have the capacity to make decisions. Thus, the Act provides that any decision made should be an informed one. Therefore, such a person has the right to know the provisions of the Act under which he has been admitted, along with the criteria for the same. The person has also the right to know all the facets of the treatment for which he has been admitted, which includes the information of the side-effects of such treatment. Such information has to be made in an understandable language to the person who has been admitted and his nominated representative.

It is the right of every person with mental illnesses has a right that the details with respect to his mental illnesses and treatment are protected under confidentiality. Such confidentiality is also extended to the information stored in digital or electronic form. Thus, duty has been casted upon the health professionals for not revealing any such information subject to certain exceptions such as to prevent harm, in the interest of public safety and security, etc. Moreover, such information can also be released to the nominated representative and other health professionals for the purpose of treatment.

Right to legal aid and complain

Article 39A of the Constitution lays down the directive of free legal aid. This has been incorporated under the Act for persons with mental illnesses who can seek legal aid to exercise the rights provided under the Act. He also has the right to be informed about this right by the appropriate authority. Further, the person is also entitled to the right to complain with respect to the deficiency in mental health care services or facilities provided to him.

Rights and disabilities of persons with mental illnesses under other laws

The persons with mental illnesses have been given certain rights but along with that, the law has also taken away their certain rights.

Right to enter into a contract

Such persons cannot give valid consent under the eyes of the law because of the incapability to understand the nature of the contract and to form a rational judgment. Therefore, they do not have the capacity to enter into a valid contract, except during lucid intervals under the Indian Contract Act, 1872. Lucid intervals mean the time when the person is not in the clutch of his mental illnesses.

Marriage is governed by various personal laws. The Hindus are governed by the Hindu Marriage Act, 1955 which incapacitates a person suffering from mental illnesses to give a valid consent and hence, fulfil the requirement of a valid marriage. Similar provisions can be found in laws of other religions such as Muslims, Christians, etc. Even the Special Marriage Act, 1954 does not recognise the marriage as valid if consent is given by a person with mental illnesses. However, under all these personal laws, such marriage is not void but voidable.

The person with mental illnesses does not have the right to register in an electoral roll under the Representation of People Act 1950. Such mental incapacity has to be declared by a competent court. Thus, such person is disqualified from holding public office under the Constitution of India such the office of President, Vice-President, Members of Parliament, etc.

Right to make will

A person suffering from mental illnesses cannot make a valid will, except during lucid intervals under the Indian Succession Act, 1925. This is because the person cannot understand the nature of the testamentary document because of such illnesses.

Right to not be held liable for a criminal offence

The Indian Penal Code, 1860 exempts the persons with the unsound mind from criminal liability. This is because of the fact that one of the most important elements i.e. mens rea is missing from the offence. As there is no guilty mind, there can be no criminal liability

4 major shift in law for people with mental illnesses

The law keeps on developing as per the needs of society and so has the law for mentally ill people. The development in the legal field with respect to such people can be traced through the following points.

The Mental Healthcare Act, 2017 has been a major revolution for the right of people suffering from mental illnesses. The Act has provided various rights to such people. Moreover, there are various other laws also which lays down various rights and disabilities of a person with mental illnesses. The law changes to keep pace with the demands of society and so can be seen in the field of mental health care.

Doctrine of essential religious practice under Hindu Law : a comparative study of Constitutional and Personal Law