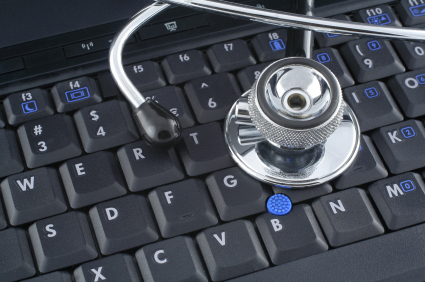 Is it legal to sell medicines online in India? This article is written by Ekalvya Malvai,  a student of Amity Law School, Noida.

What are Online/ e-Pharmacies?

As the name suggests, “e-Pharmacies operate over the internet to provide customers with an option to buy medicines online, hence making them easily available at their doorstep through the mail or shipping companies.”

e-Pharmacies in the recent past have come under the limelight by the virtue of making medicines available to its customers easily, creating a large customer base and providing quality drugs, yet time and again various questions have been raised about their functioning and their legality in India in context of providing prescription drugs online.

The legality of these e-Pharmacies has often been questioned as the Drugs and Cosmetics Act, 1940 only talks about pharmacies to be set up in brick and mortar, hence creating a legal vacuum when it comes to regulating online sale of drugs.

In the recent past, the food and drugs administrations of various states filed a legal complaint against e-Pharmacies, one such pharmacy being Snapdeal[1], which was put under scanner by the Maharashtra FDA for selling prescription drugs online alongside over-the-counter (OTC) drugs. This shall be further explained below:

Prescription Drugs[2]: These are the type of drugs which are only prescribed by a doctor, for the use of only one individual, and cannot be bought without a valid prescription. These drugs can only be sold by a Registered Medical Practitioner (RMP).

These drugs are mentioned in the various schedules of the Drugs and Cosmetics Act, 1940.

Over-the-counter (OTC) Drugs: These are the type of drugs which do not require a doctor’s prescription and can also be sold at any retail and grocery store.

The basic argument about the viability and legality of the e-Pharmacies has been about selling Prescription Drugs. Prescription drugs, as described above, require a valid prescription by a doctor which can be only be sold to an individual.

Perhaps, how can one buy prescription drugs online?

Many e-Pharmacies have resorted to the method where customers have to upload a virtual copy of their prescription, i.e., an e-Prescription, which is then verified by the e-Pharmacy website and then accordingly provided to the customer. The prescription can only be used once to buy the prescribed drug and hence cannot be re-used.

There are various ambiguities in the law regarding online pharmacies, and hence it has been interpreted in the following manner and divided into the following 3 categories,

Various e-Pharmacies in India adopt the procedures under the Green Zone, yet, these zones are just mere interpretations of the law and the government does not explicitly mandate the setting up of e-Pharmacies.

Inquiring from one of the State Drugs Control Department about operating such e-Pharmacies, I was told that “these are not mandated by law, and if you choose to set-up one, it would be at your own risk”. Keeping this in mind, I have further done my analysis, keeping in mind the next best alternatives of interpreting the law.

This brings me to our next question,

After analysing the above table, we can clearly conclude that Section 4 and 5 of the IT Act, 2000 read with Rule 65 of the Drugs and cosmetic Rule, 1945 satisfy the legality of a prescription written and signed electronically.

Hence, keeping the above analysis in mind, the scanned copy of a prescription should be valid and enforceable in the eyes of the law.

The Drugs control authority has been somewhat arbitrary in interpreting laws and putting certain e-Pharmacies under scanner, hence defying the basic principles of the ‘rule of law, i.e., ‘No branch of government is above the law, and no public official may act arbitrarily or unilaterally outside the law. In a third context the term means rule according to a higher law. No written law may be enforced by the government unless it conforms to certain unwritten, universal principles of fairness, morality, and justice that transcend human legal systems.’

According to the Pharmacy Practise Regulations of 2015 declared by Pharmacy Council of India in January 2015,

“Prescription” is defined by regulation 2 (j)[3] ‘means a written or electronic direction from a Registered Medical Practitioner…….’

Hence, a doctor can prescribe medicines to his patient via an electronic prescription as well, but the underlying contention being, whether it can only be used for buying drugs only from a physical pharmacy, or can be used to buy drugs online as well.

Drugs and Cosmetics Act, 1940 and its hindrance to e-Pharmacies and selling medicine online

The DCA is a pre-colonial act, which obviously could not have anticipated the online sale of drugs, vis-à-vis e-Pharmacies.

The DCA is silent on various aspects which in turn has hindered the growth of the Pharmaceutical industry in India, access to healthcare and medicine keeping in mind the population of our nation.

Since the act is silent about functioning of e-Pharmacies, and its licensing, many such websites have taken the licenses mentioned under the DCA for running pharmacies in brick and mortar and hence, have harmoniously constructed it to be legal per se.

The need of the hour is to devise a new legislation which clearly lays down the provisions and guidelines for setting up of an e-Pharmacy for selling all kinds of scheduled drugs.

With the number of counterfeit production of medicines, there is a need to maintain a system of checks and balances, verification of a prescription, and whether payment for the drugs can be made prior to the delivery of the drugs.

The pharmacy regulations of 2015, regulation 9.1 (h) mentions that the prescribed drug shall only be delivered to the patient/ carer, though, the definition of a ‘carer’ is unclear.

In this era of digitalisation, various companies are looking to invest in such ventures which provide easy accessibility and a large consumer base, and India is a hotbed for investors and has emerged as World #1 for making investments, beating China and the USA. India till now has lost investment worth millions of dollars, as investors are sceptical to invest their money in a market where there lies a risk and un-certainty to get returns.

The Drugs and Cosmetics Bill of 2013[4] is also pending in the Parliament, which lays down key provisions, but is still silent in addressing the issue of e-Pharmacies.

Hence, after taking into account all provisions, functioning of an e-Pharmacy is a slippery slope with the present set of laws, though one needs to take extra precautionary steps, but may fail to do so as something or the other might be in contradiction of the laws and the arbitrariness of the authorities to interpret the same.