Rape is the fourth most common type of heinous crime committed in India. It is the crime, in which the victim instead of being sympathized is socially ostracized and morally degraded with a lifelong stigma on her dignity and character, affecting her physical and mental health. Despite various stringent laws and legislations, there has been no reduction in the cases of rape. According to National Crime Bureau’s 2020 report; there was an average of 87 rape cases daily and about 4- 5 lakh cases of rape in an annual year. The prevailing societal norms have always been blaming the victim for the crime committed and not the perpetrator. Recently, there have been various instances and cases, where there was reported violence on men. This article will focus on the various legislations of rape outlined for the protection of women, and the necessity for recognizing the laws and legislation for the protection of men from rape and violence. It was observed by the Guhawati High Court in the case of Nipun Saxena v Union of India, 2018 that “Rape is a crime against the basic human rights and the violation of victim’s Fundamental Rights’’.

Legislation of rape for women – An overview

“of late, crime against women in general and rape, in particular, is on the increase….Rape is not merely a physical assault- it is often destructive of the whole personality of his victim. A murderer destroys the physical body of the victim; a rapist degrades the very soul of the helpless female. The courts, therefore shoulder a great responsibility while trying an accused on the charges of rape” – Justice Arjit Pasayat, in the State Of Punjab v Gurmit Singh & Ors, 1996.

Women have been the victims of rape for centuries now; it is a violation of the personal space of a woman. If looked upon the statistics on the rape against women, the National Crime Bureau Records state that uniformly almost 75 percent of rapists are married men; 86 percent of women do not feel safe and secure in their respective cities and three out of every 10 rapists are either friends or relatives. According to the report published by the World Health Organization, every 4 minutes a woman is raped in India, whereas as per the Center for Development of women’s studies, 42 women are raped in India every 35 minutes.

The word ‘rape’ is derived from the Latin word ’rapio’ meaning ‘to seize’. It can be defined as the ravishment of women without their consent, by force, fear, or fraud.

In other words, a man is said to commit the offense of rape if there is an unconsented penetration of any object or any body part into the vagina, urethra, and anus or any body part of a woman, without her consent and will.

Section- 376 states that if a person commits the offense of rape, then he shall be liable to punishment with scrupulous life imprisonment for a term which should not be less than seven years, and may even extend to life imprisonment, and shall also be liable for fine.

Section – 376 D defines the offense of ‘Gang Rape’ It states that when two or more persons in a group rape a woman with the same common intention of causing any kind of physical injury and hurt to the woman, are liable for the offense of rape. The offense of Gang Rape was criminalized by the Judiciary in the Criminal Amendment Act, 2013.

The persons committing the offense of ‘Gang Rape’ shall be liable with the punishment for a term of twenty years, extending to life imprisonment with the fine.

Marital Rape has not been criminalized under the Indian Penal Code this crime has been mentioned under the exceptions of rape. It states that if a man is engaged in sexual intercourse with his wife, not being under the age of 15 years, shall not be liable for rape.

Marital rape should be criminalized, and if a woman does not consent to sexual intercourse with his husband, and a man uses any kind of force and threat upon her, then he shall be liable for the offense of Marital Rape. The following misfeasance has been criminalized in the US, Sweden, Denmark, Australia, and the UK.

The case was taken to the Sessions Court by the victim and her family, but the Judge pronounced the judgment in the favor of the accused and acquitted him of all the charges of rape, on the justification of tacit consent. The case was then taken to the Bombay High Court and the court contended the judgment of the Sessions Court and held the police constables guilty for the offense of rape. However, the Supreme Court reversed the judgment of the High Court and stated that since there were no marks of injury on the person, showed that the whole affair was a peaceful one, and acquitted the accused.

In this case, a woman was brutally raped repeatedly by five men and a juvenile on the night of 12th December 2012 in a bus. The rape created a lot of public outrage outside the parliament in order to grant justice to the victim. The four adults were sentenced to death, and a juvenile was sent to the juvenile center. After this case, the Indian Criminal law underwent multifaceted changes and various amendments were made to the rape laws, namely:

Designing the Rape Laws for Men – An overview

The societal norms have a huge impact on the people, and due to this reason, people are of the view that the offense of rape can only be committed on a woman, holding a man liable to be a perpetrator of the heinous and brutal crime, and the woman as a victim. The legal provisions in India also do not criminalize the offense of male rape, thereby increasing the risks of violence upon the males.

There are a few societal myths regarding the male victims of rape, some of them are:

In the report published by the US Statista Research Centre, in December 2020, it was shown and reported that approximately 52,336 cases are registered, where men were raped or sexually assaulted among the countries in the world, thereby increasing the risk of male vulnerability.

It is thus required that the laws should be redesigned in order to protect innocent men from sexual assaults, violence, and rapes.

There are various instances where the males have actually spoken about the assaults and the rapes committed on them. The actor Rahul Raj has expressed that he was sexually abused verbally when 19. Internationally, an actor and activist named Asia Argento was accused of sexually assaulting a male actor, Jimmy Bennet, when he was 17.

It is thus required that the laws should be redesigned in order to protect innocent men from sexual assaults, violence, and rapes.

Suggestions for streamlining the Rape Laws

There are several suggestions or guidelines that should be prescribed for modernizing the rape laws:

Grounds where male and female rape legislations should differ

There is a gender disparity in the rape laws. There are legal provisions that are only subjected to female rape cases, and in this process, the male rape cases either go unregistered or are not informed about the same to the police station. So there is a need for gender-neutral laws in the society that should be promulgated by the government and the legislative bodies in order to keep in pace the developments made in the society and also that the Constitutional mandates and legislations are not breached, which provide equality for both men and women.

The PIL for the gender-neutral laws was filed by the NGO named Criminal Justice Society of India by Advocate Ashima Mandla stating the contention to legalize gender-neutral laws in the context of rape, contending that the definition of ‘rape’ under Section 375 of the Indian Penal Code violates the basic Constitutional rights under Article- 14, Article-15, and Article- 21, as it does not provide protection for rape of men and transgender person and is thus held ultra vires and discriminatory on the Constitutional means. The Supreme Court however has rejected the plea of the NGO, stating that it does not fall within the jurisdiction of the court to make gender-neutral laws, and the power and the authority are only given to the Parliament for the same. Thus, there should be an introduction of gender-neutral laws in order to protect both men and women from the clutches of this horrendous crime of rape.

Thus, it can be concluded by saying that rape has become a culture among the masses, whether it’s upon the male, female, and transgenders. The parliament and the judiciary should not be always blamed upon the rate of the crime committed, because the legislative bodies are taking appropriate measures with advancing times and technologies to make stringent laws and legislations for the offenses of rape. However, it should take steps for the introduction of gender-neutral laws and legislations, so that there is no form of gender discrimination in society. 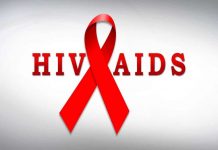 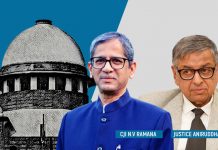