In this article, Anjali Singh discusses the doctrine of legitimate expectations.

“A man should keep his words. All the more so when the promise is not a bare promise but is made with the intention that the other party should act upon it”

Administrative Law is overarching in nature and it is difficult to categorize its multiple functions in watertight compartments. Consequently, multiple principles and doctrines have been formulated to ensure proper functioning of the administration.

The Doctrine of Legitimate Expectation

The doctrine of ‘Legitimate Expectations’ is one amongst several tools incorporated by the Court to review administrative action. This doctrine pertains to the relationship between an individual and a public authority. According to this doctrine, the public authority can be made accountable in lieu of a ‘legitimate expectation’. A person may have a reasonable or legitimate expectation of being treated in a certain way by the administrative authorities owing to some consistent practice in the past or an express promise made by the concerned authority.

Origin of Doctrine of Legitimate Expectations

The doctrine is not a specific legal right engraved in a particular statute or rule book. The first time, an attempt was made to establish the principles of the doctrine were in the case of Council of Civil Service Unions and Others v. Minister for the Civil Service ([1985] AC 374), that the decision by the public authority should affect the person such that-

Origin and development of Doctrine of Legitimate Expectations in India

The Doctrine of Legitimate Expectation was firstly discussed in the Indian arena in the case of State of Kerala v. K.G. Madhavan Pillai ((1988) 4 SCC 669). Herein a sanction was issued for the respondents to open a new aided school and to upgrade the existing schools, however, an Order was issued 15 days later to keep the previous sanction in abeyance. This Order was challenged by the respondents in lieu of violation of principles of natural justice. The Supreme Court ruled that the sanction had entitled the respondents with legitimate expectation and the second order violated principles of natural justice.

In another Supreme Court case, Navjyoti Coop. Group Housing Society v. Union of India ((1992) 4 SCC 477), wherein the new criteria for allotment of land was challenged. In the original policy, the seniority with regards to allotment was decided on the basis of date of registration. Subsequently, a change in policy was made in 1990, changing the criteria for deciding seniority based on the date of approval of the final list.

It is further emphasized that availability of reasonable opportunity to those likely being affected by the change in a policy which was consistent in nature is well within the ambit of acting fairly. The Honorable Court held that such an opportunity should have been given to the Housing Societies by way of a public notice.

The Supreme Court elaborated on the nature of the doctrine of legitimate expectations in Food Corporation of India v. Kamdhenu Cattle Feed Industries ((1993) 1. S.C.C. 71), that the duty to act fairly on part of public authorities, entitles every citizen to have legitimate expectation to be treated in a fair manner and it is imperative to give due importance to such an expectation in order to satisfy the requirement of non-arbitrariness in state action or otherwise it may amount to abuse of power. The Court further made a remarkable point that such a reasonable or legitimate expectation may not be a directly enforceable legal right but failure in taking it into account may deem a decision arbitrary. To decide whether an expectation is a legitimate one is contextual and has to be decided on a case  by case basis.

In Union of India v. Hindustan Development Corporation ((1993) 3 SCC 499), the Supreme Court has dealt with the doctrine in great detail, starting with the explanation of the scope of the doctrine in Halsbury’s Laws of England, Fourth Edition, Volume I (I) 151 which says that a person can have a legitimate expectation of being treated in a certain fashion even though he doesn’t have a legal right to receive the same.

Origin and development of Doctrine of Legitimate Expectations in English Law

The Court discusses that how the doctrine of legitimate expectations first stepped in the English Law in the case of Schmidt v. Secretary of State for Home Affairs ((1969) 2 Ch. 149) wherein it was observed that a foreigner who had been given leave to enter the United Kingdom, had the right to be heard and had a legitimate expectation of being allowed to stay for the allowed time.

The Court further goes on to discuss the famous case of A.G. of Hong Kong v. Ng Yuen Shiu ((1983) 2 A.C. 629) wherein Lord Fraser had observed that if a public authority has vowed to follow a procedure, it is imperative that it acts in a fair manner and fulfills its promise, in the interest of good administration. The Court remarks that there is an absence of meaning and scope of the doctrine of legitimate expectation given by the Supreme Court and henceforth it would like to elaborate on the subject. The Court distinguishes expectation from anticipation and states that an expectation can only be said to be legitimate only if it has a legal sanctioning or is backed by a procedure or custom that has been followed consistently.

This case can be categorized as a landmark one in the Indian discourse since it specifically draws the realm of the doctrine stating that it does not involve a ‘crystallised right’ and thus does not pave way for direct claim for relief and the doctrine can be confined to the right of fair hearing in a situation where a promise has been withdrawn or negative. A substantive expectation doesn’t necessarily amount to an absolute right unless the decision-maker is not able to justify the withdrawal by overriding public interest and more importantly such a decision should be founded in arbitrariness, unreasonableness and not justifiably taken in public interest.

The Court further enunciated that if the issue involves a question of policy or change in policy then the Courts must remain in their domain and refrain from interfering. Thus legitimate expectation may lead to judicial review but the scope of relief that can be given by the Court is very limited.

Circumstances for the formation of legitimate expectation

Circumstances which may lead to the formation of legitimate expectations were postulated in Madras City Wine Merchants v. State of Tamil Nadu ((1994) 5 SCC 509) namingly-

It was laid down in P.T.R. Exports (Madras) Pvt. Ltd. And Others vs. Union of India and others (AIR 1996 SC 3461) that the doctrine of legitimate expectations has no role to play when the appropriate authority is empowered to take a decision under an executive policy or the law itself and that the Government is not restricted from evolving new policy on account of ‘legitimate expectations’ as and when required in public interest.

The Supreme Court ruled in M.P. Oil Extraction v. State of M.P ((1997) 7 SCC 592) that the doctrine of legitimate expectations operates in the realm of public law and is considered a substantive and enforceable right in appropriate cases. It was held that the industries had a legitimate expectation with regards to past practice and the renewal clause, that the agreements are renewed in a similar manner.

In National Buildings Construction Corporation v S. Raghunathan ((1998) 7 SCC 66), respondents were brought on deputation for an overseas project that was to be carried out in Iraq by NBCC (Government Company). The Respondents chose to draw their salary in the same scale as of employee of Central P.W.D along with Deputation allowance. They were also given foreign allowance at 125% of the basic pay, however, their basic pay was revised. It was contended by them that this allowance should be paid out of the revised pay scale.

It can be inferred from the aforementioned case that the doctrine has both substantive and procedural facets to it.

It was reiterated in the case of Bannari Amman Sugars Ltd. V. CTO ((2005) 1 SCC 625) that guarding legitimate expectation should not come at the cost of non-fulfillment of an overriding public interest, so to say that in case a legitimate expectation of a person is not fulfilled, the decision making body can hide behind the veil of ‘overriding public interest’.

The doctrine’s use has essentially been embedded into Article 14 of the Constitution and thus ‘non-arbitrariness and unreasonableness’ have been made the necessary qualifiers for assessing as to whether there was a denial of legitimate expectation or not. Such a mandate has made the doctrine quite redundant in the Indian Context. For the doctrine to grow individually, it is necessary that lower standards are set as qualifiers which undoubtedly may run its own risks like a too much Judicial intervention.

The doctrine has undoubtedly gained significance in the Indian Courts, giving locus standi to a person who may or may not have a direct legal right. The doctrine of legitimate expectations very well leads to a procedural right i.e. right to judicial review in India but the substantive aspect of the doctrine can be said to be in a budding stage. There has been hesitance amongst academicians as to whether the doctrine should apply to substantive rights at all. It has been argued that application of the doctrine to substantive rights might result in failure of separation of powers and would qualify as overstepping of Judiciary’s powers. 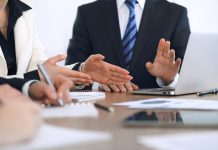