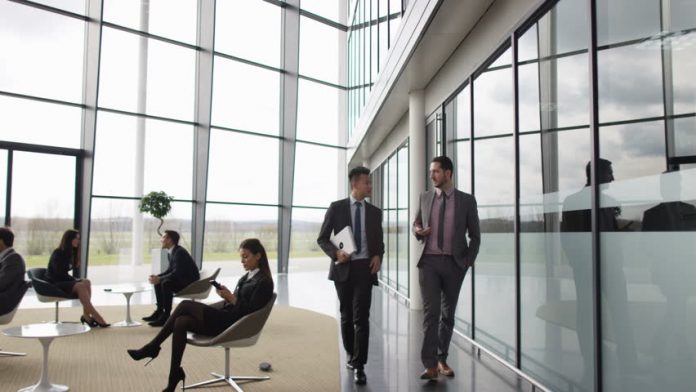 This article is written by Utkarsh Nigam of New Law College, Bharti Vidyapeeth University, Pune. The author through this article discusses the Leniency Programme of The Competition Commission of India. This article was written by the author while pursuing M.A in Business laws from NUJS.

The Competition Commission of India has been set up by the Government under an Act of Parliament known as the Competition Act to promote competition in the market across various industries and also to prevent practises which would have adverse effects on competition. The main aim includes the protection of interest of consumers, to prevent practices having adverse effect on competition, to promote and sustain competition in market and to ensure freedom of trade carried on by other participants in markets, in India, and for matters connected therewith or incidental thereto.

Cartel formation is a grave offence under the Competition Act. The Competition Commission of India has been authorized to enquire into any cartel and has the power to impose a penalty, on a person or an enterprise included in that cartel up to three times of its profit for each year of the continuance of such agreement or 10% of its turnover for each year of continuance of such agreement, whichever is higher. Also the Competition Commission has the power to pass the following orders-

Leniency Programme of the Competition Commission is inscribed under Article 46 of the Act. It is a type of an incentive to the cartel members who are ready to share information with the Commission. Also legally it can be said that it is a type of whistle-blower protection to a cartel member who is ready to share the information relating to the cartels. The Commission has framed various programmes to encourage the members, willing to provide information that are connected with the cartels or are in the process of infringing the competition laws, to come forward and disclose such anti-competitive agreements and assist the competition authorities in lieu of immunity or lenient treatment. The leniency programme is a sort of protection provided to the persons who come forward and disclose all the information about the cartel who would otherwise face stringent actions by the Commission if the cartel is detected by the Commission on its own.

Conditions for Availing the Leniency Programme

The content of the application for lesser penalty has been mentioned under Section 5(1) and 5(2) of the Act. This would include the following-

The Leniency programme is available to those persons or enterprises that disclose the Commission about their role in the cartel and are ready to cooperate in the investigations carried out subsequently by the Commission in lieu of lesser penalty or in some cases immunity from the penalty. For the same purpose the Commission has made the Competition Commission of India (Lesser Penalty) Regulations, 2009 as the leniency programme has emerged to be a successful weapon to combat the cartels. The Regulations for the lesser penalty have been amended in the year 2017.  The amendments relating to the Regulations are-

A new definition of party has also been included which encompasses an enterprise or an individual defined under section 2 of the Act and against whom the inquiry is instituted and shall also include the central and the state government.

The amendments done to the previous regulations are in line with the policies of the Competition Commission of India, which it ought to have been applying over the time. With a steady increase in the leniency applications, the amendments are a reflection of Competition Commission’s experience and learning from such matters. The amendments done to the regulations is likely to encourage more and more individuals or enterprises to come forward and disclose the information regarding the anti-competitive practises undertaken by players in lieu of immunities and lesser penalties which will result in the benefit of both the parties.

Leniency programme acts as a protection to those individuals or enterprises that are ready to disclose the true and honest facts about the anti-competitive agreements they are the part of in lieu of lesser punishment or immunity which in regular course have been more stringent if these agreement had been identified by the Competition Commission of India. The Commission in the present period has opened or has enlarged its views towards the leniency programme. The recent amendments done such as the inclusion of individual in the definition of applicant has given the option to many individuals to come forward and avail the benefit of the provisions of the leniency programme which could help the Competition Commission to eradicate the chances of anti-competitive agreements regulating in the market. The inclusion of provision regarding the extension of number of applications in case of leniency programme has been a major step towards the eradication of the cartels.  The acceptance of applications beyond the previous prescribed number has resulted in many numbers of applications coming to the door of the Competition Commission in lieu of immunity, which results in more disclosure of vital information regarding the cartels. This would directly help the Competition Commission to investigate these arrangements in a systematic manner with plethora of information.

The leniency programme is a good and a correct option undertaken by the Commission so as to fight the cartelisation in the market which affects the equilibrium of the market. But it is also important to keep in mind that a leniency programme is ineffective until the cartels are punished. If there are not stringent laws regarding the same then such programmes are deemed to fail.

The role of the Commission is vital in every aspect of the programme starting from when the application regarding these arrangements comes to its doors till the proceedings have been completed. The Commission should take the application seriously and should take appropriate actions within the given time frame. It should check that utmost care is taken so as to maintain confidentiality. The commission should also check and review that the information provided by the applicant is relevant or is vital or not in regards to the application. It should cooperate with the applicant at every stage and conduct the investigation accordingly. The Commission also has the duty to see that the applicant must cooperate with them at every stage of the investigation as much possible and then only the leniency provisions be applied to the case of the applicant. If the applicant fails to do so the commission must make sure that the applicant be held liable and be tried according to the penalty provisions, if he did not had made the disclosures to the commission. The Commission also has the duty to check and investigate the market about the new methods and new ideas which should be incorporated in the leniency provisions so as to compel the individuals or enterprises to come forward to disclose relevant information regarding the arrangements which harms the equilibrium of the market.

Introduction of Cartels and anti-competitive arrangements in an economy is a like a venom introduced in an economy. To fight the same the Commissions or bodies related to the Competition laws or the anti-trust laws in a country have to include not only a robust regime so as to fight these arrangements directly but also have to devise a plan like Leniency programmes to hit these arrangements at a point where their existence comes in a place of danger. The introduction of leniency programme in India has been a major advantage to the competition policy of the country which has an aim of fair competition in the market. Provisions like this will help the country to eradicate these arrangements which results in major economic problems such as inflation, poverty etc. The major role is of the apex body regulating the competition laws which should be vigilant every time regarding these activities and should be approachable by persons who are willing to avail the benefit of these provisions which have been inscribed in the Act.[1][2][3][4][5][6]