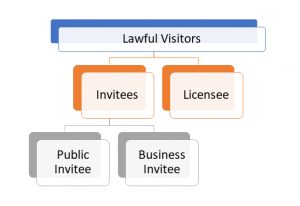 Analysis of pigeon-hole theory under law of torts