This article has been written by Diya Banerjee, Symbiosis Law School, NOIDA. This article talks about pollution caused by light, the damage it has caused and the reason for urgent legislation to prevent any such further damage.

Since the time we were kids, we have been taught how soil, water and air pollution has damaged the environment. Moreover, if a child continues to see the acts which lead to environmental pollution everywhere, even without anyone’s guidance the child will learn that it is harmful to his or her surroundings. But seldom were we told what light pollution refers to. What exactly is light pollution? How has it damaged the environment? Does it mean that we should find an alternative to the way of using and producing light? Should we change our lifestyle choices? Perhaps, some questions posed by this kind of problem are much harder to answer but it is better to question even if there is no guarantee of an answer because, at some point in time, solutions to the problem are found by those more equipped with the required knowledge.

If you go by the typical dictionary meaning of light pollution, it is “the presence of anthropogenic and artificial light in the night environment”. In simpler and more practical words, it is the excessive, misdirected or obtrusive use of artificial lights, usually outdoor lights.

If you go out for a stroll, just take a look around you and notice that light is used for many purposes. It is definitely used for a streetlight which is always followed by more of them, on the advertisement billboards, as an exterior and interior house decor, factories, offices, commercial purposes and simply for fancy designs outside shops and diners. Did you ever consider how something as beautiful and pretty as lights could count as a pollutant?

Just like most of the pollution cases started around the time of the industrial revolution and increased in the current era of increasing urbanization, light pollution had also been a significant contributor but was never counted in. It was only noticed and recognized about 40 years ago for the harm such excessive use of lighting has caused the environment when India was swinging from the fame of its colorful and bright grandeur not only in her traditions but also in the extravagance of Bollywood films. But the greater number of people were unable to understand the harm light pollution had already caused and the extent to which it will continue to be a threat.

It is quite unfortunate that even though initiatives have been taken, the only step toward success has been getting this environmental issue acknowledged by those with the power to influence.

How bad is light pollution?

With most of the world now living under bright artificial lighting, light pollution has become a global issue needing a proper and strong solution because we are at a stage of technological advancement where we can neither live without lights (the thought itself takes us to the dark ages) nor can we survive by continually compromising the stability of our environment.

Although India is yet to reach the technologically advanced level as the United States and Europe, the growth the country has recorded over the past few years proves that it would not be long before it also joins the list with other western countries as one of the most light-polluted countries. Proof that light pollution is as bad as soil or air pollution can be seen in a study from 2016 that revealed that 99 percent of the population of the United States and Europe has not experienced natural light. In 2003, the Northeaster Blackout shook the US but a fact which was found subsequently was that- only in that period for a few hours, that about half of the affected population was able to experience what we generally call as ‘a night under the stars’. The photos which were shared also further proved that light pollution did exist and yes, it really is bad.

How is it a threat to society?

To understand the urgency behind the need to pass legislation regulating the total usage of lights and division of its consumption routine, the first step is to recognize the threat it has posed to society.

Remember there used to be a time about 50 years back when, if one looked up, one would see dark night sky and the stars, without anything looming over the head as an obstruction full of bright yellow light bulbs. It is ironic that the number of lights on the streets for commercial purposes which were meant to guide us in the dark have become one of the reasons we can no longer properly get a view of the night sky. Not only that, but it has also festered into a huge issue causing adverse effects to the ecosystem, energy consumption and the human body alike.

The spheres compromised because of light pollution

The balance of the ecosystem is fragile, a slight amount of misuse or abuse of the resources can upset it. One of the worst effects of artificial lights has been on nocturnal animals. They sleep all day and hunt at night but artificial lights have disrupted their night routine. Another harmful impact has been on frogs and such amphibians. The night is the time when they mate. Artificial lights have somehow made the nights look like day and have subsequently disrupted their reproduction cycle. It is a known fact that in the United States, especially in cities with beaches, many baby turtles die in millions even before reaching the sea. Why? It is because when the turtles hatch at night, they would feel the natural light of the horizon to reach the ocean. Artificial lights near the ocean deviate them from the ocean and they either become prey to the predatory birds or die due to the lack of minerals and oxygen in the ocean water. Artificial lights have also become a reason for the needless and numerous deaths of migratory birds who confuse the lit urban areas as their place of landing but collide with the illuminated buildings.

The sleep pattern of humans has been negatively affected by the presence of artificial night lights. This has led to an increase in the health issues caused by sleep disorders like that of obesity, depression, diabetes and heart related problems. The reason behind this was the reduction in the production of melatonin, the hormone responsible for inducing sleep and boosting the immune system. However, it only responds when the human brain is stimulated by the natural dark light of night. Exposure to the blue light present in most of the LED bulbs and CFLs is very harmful to the human body in general. In a study of 2016, the exposure of children to blue light was a cause of concern and only lights of 3000K of color temperature and below should be used for the interior and exterior decor of houses.

Light is an important production component of the energy sector. Do you know the amount of coal, water and other finite natural resources go into producing 1 unit of electricity which you use in your house to turn on the lights? And how much of that energy is wasted when you keep the lights on even when not required? And the worst is not even that. Due to a lack of knowledge of the appropriate choice for a house, most of the lights are of the wrong quality with respect to the use of that light. Therefore, if the right quality of lighting is chosen, energy can be saved up to 60-70 percent. This would also conserve the natural and finite resources for a longer period of time.

The most commonly heard reason for installing a large number of lights near the crossroads or residential areas is to deter crime but it has not proven to be of much use. It is advised to commission the lights judicially and after considering all the needs which could be fulfilled by such follow-through.

Need for a legislation

As mentioned above, India has not yet reached the level of light pollution that has been seen in the United States and other European countries, but the growth it has achieved in the last few years by shifting its focus from the primary sector to the secondary and tertiary sector has been startling. In a headline during 2018, it was revealed that India is losing its natural night light 3 times over the world average, meaning that the presence of artificial light in the environment has strained the routine of Indians, and animals as well, more than any other country or region. In a study as recent as early 2019, it was revealed that even though Indians have one of the laziest schedules, they sleep for even less than 6 hours on average, where the healthy amount of sleep is 7-8 hours on average.

Because light pollution does not sound as alarming as soil, air or water pollution, that is why most people are not aware of this and thus this is more of a reason to make policies so that those who lack the required knowledge are made privy to it and the appropriate authorities are brought in on the process to take corrective measures to make the changes.

The legislation and policies would also help to tackle the health issues related to light pollution, which will, in turn, channelize the productivity of Indians in more positive ways.

Possible clauses in the legislation and suggestions

The commercial and services industry is very dynamic; they will change their operations with the trends of the society. Therefore, before the drafting of any legislation, it is crucial to remember that it has to be flexible in nature.

To give the legislation a positive framework, to ensure its implementation and expected feedback, some suggestions are listed below-

While it is true that light pollution has already made a negative impact on the environment, the good side is that it can be reversed. As an aware citizen, you can start with your own home and spread the message on the issue of light pollution. In order to cause this matter to be noticed by the appropriate authority, there are organizations which carry out awareness drives to reach a larger audience and spread the word.

On the legal front, while the process of introducing legislation is in itself a task which takes time, if the approach is correct, the implementation of the legislation would be a success. It should be made certain that the clauses which are included in the legislation not only serve as a strong argument for the demand of the legislation, they should have the element of flexibility to circumscribe the dynamics of the commercial and advertisement sector because the introduction of legislation should not hinder the process of industrialization and economic prosperity. 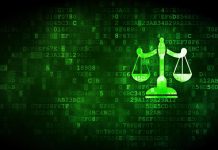