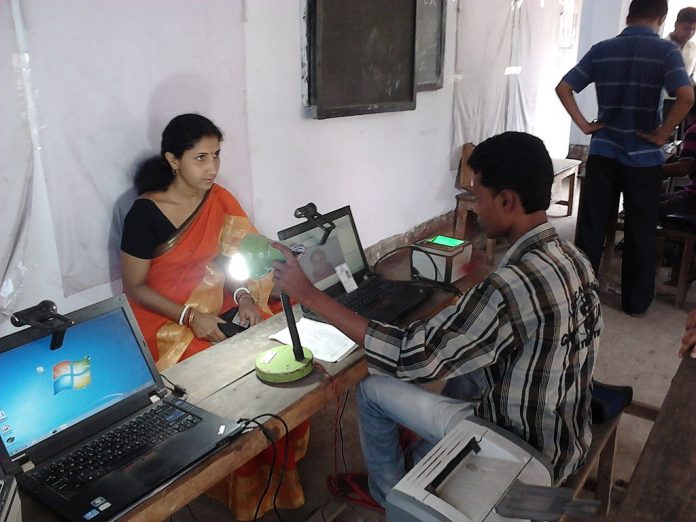 In this article, Karan Singh of JGLS discusses How to link your Aadhaar card with PAN card.

Supreme Court made it mandatory for all Aadhaar holder to link it with PAN (Permanent Account Number) card. However, for now, Aadhaar holder, they can E-file tax returns without the same.

It is mandatory to link the Aadhaar card with PAN and if not done then your PAN card will become invalid. So, what all are the consequence of this. Firstly, You will not get any credit for all the PAN number which has been deducted from your income whether as salary or interest etc as the PAN number no longer exists.

Secondly, instead of not deducting TDS from the interest/other income being paid to you, the payer will deduct tax @ 20 % under section 206A.

Submitting of an invalid PAN amounts to a penalty of RS 10,000/- can be levied on you under section 272B.

The Finance Minister introduced Section 139AA of the Income Tax Act 1961 made Aadhaar mandatory for filing ITRs (Income Tax Return). The petition was filed by the citizens about the constitutional validity of Section 139AA of the Income Tax Act 1961. This section provides two things. Firstly, it makes it mandatory to link individual Aadhaar card with his or her PAN card. Secondly, the requirement of section 139AA is that you have to provide Aadhaar number while making an application for allotment of new PAN number after 1st July 2017.The second part of section 139AA(2) of the Income Tax Act mandates that every person having a PAN as on 1st July 2017 and who is eligible to obtain Aadhaar shall intimate his Aadhaar on or before a date notified by Central Government.

The SC has upheld the power of the parliament to pass any law which mandates the linking of Aadhaar and PAN card. And thus upheld the constitutional validity of Section 139AA. The court has stated for those taxpayers who already have their Aadhaar number have to provide the Aadhaar number while filing their income tax return. So for those who do not have Aadhaar card do not have to worry as you can file the ITR(Income Tax Return) without Aadhaar card.

How to Link your PAN Card & Aadhaar Card Online

There are two easy methods through which PAN Card & Aadhaar Card could be Linked – Online or SMS:

First, is linking by SMS. There is another easy method of linking PAN Card with Aadhaar Card. For this, you have to send one SMS to either 567678 or 56161 to link your Aadhaar Card. The Format is given below which should be followed to avoid any mistake. Send SMS according to the format below.

In this, the 12 digit number represents your Aadhaar number, and the second one is your PAN number. If the name is different in the record of the two card, then you will receive an Aadhaar OTP through SMS for confirmation. However, if other details like gender, date of birth do not match then you have to head to the National Securities Depository Ltd. website for PAN information and UIDAI(Unique Identification Authority of India) for Aadhaar information to get the information changed.

This process of linking Aadhaar and PAN is not only for the taxpayers but also for those whose income does not fall under the taxable bracket. According to the government it will help avoid tax evasion.

For linking online, you have 2 options:

The First option is linking online directly without using Login ID. For this, you have to open the website of the income tax and then go to Link Aadhaar under Services. Link for the same is provided https://www.incometaxindiaefiling.gov.in.  After clicking on “Link Aadhaar”, a form will appear which should be filled. You have to provide PAN, Aadhaar no. and Name exactly as per Aadhaar. Also, enter the captcha code and then click on Link Aadhaar.

Link for the form is provided below:

After the verification from UIDAI (Unique Identification Authority of India) which the government service for Aadhaar, the link will be done.

Second Option is using Login ID. You can also link the Aadhaar with PAN after login to the E-filing portal of income tax by entering the login id. Click on “Login Here” and enter the information like User Id, Password, captcha etc and then click login.

After login into the website, you need to click the profile setting and click on Link Aadhaar. A form will open which will contain all the information like name, date of birth and gender which you mentioned at the time of registration on the E-filling portal. If the personal details match then you have to enter the Aadhaar number and captcha code and click on “Link Now” button.

A pop-up message will inform you if your Aadhaar is linked or not.

Hence, the main reason for unable to link Aadhaar with PAN is mainly because of name difference. The solution is to identify the correction and correct it.

There are two alternatives to correct the mistake. Either get name changes in Aadhaar card or PAN card. This can be done online by visiting National Securities Depository Ltd. website for PAN or UIDAI(Unique Identification Authority of India) website for Aadhaar.

The Indian government has exempted Non-resident Indians(NRIs) from linking Aadhaar with PAN card for filing the income tax return. Although NRIs are exempted from income tax on their income abroad, they have to file tax returns for their income earned in India.

It is better to get Aadhaar card issued as soon as possible for filing ITR(Income Tax Return) because eventually, the PAN will become invalid which can lead to serious consequences as explained above.

What is the best way to figure out what career will suit me as a lawyer?