In this article, Ruchika Daga discusses how to get a license to set up a liquor store in Gurugram.

What is a liquor licensing?

As the name suggests liquor license is a license for the service selling alcohol. A licensing process makes it possible for governments to enforce laws regarding the service of alcohol that would otherwise be difficult for the police. Liquor license is a legal authorization to serve alcohol. It is very difficult to acquire. If you have a legal issue related to acquiring or retaining a liquor license, it is too valuable a commodity to risk handling.

Restaurant Liquor License: It is the most common type of liquor license. It is known as the “all liquor license” because it mostly allows one to serve all kinds of alcohol.

Wine and Beer Liquor License: This is a common type of license it is different from the “Restaurant liquor license” because one is not permitted to sell stronger or harder alcohol.

Tavern Liquor License: This license is used for restaurants that serve alcohol and food both but have minimum of 50% of their sales solely based on liquor.

Server License: With liquor licenses for establishments, some jurisdictions also require individual servers to be licensed.

It’s a major challenge to frame an excise policy which inscribes the concerns of all the stakeholders. The Excise and Taxation Department has to give due importance to the health of the citizens. Also, the department has also to ensure that revenue interests of the government are not compromised.

Therefore there should be a balance between the interests of all the stakeholders. Also, the department has to ensure that the Excise Policy has to be appealing enough for the participation of the private sector players like manufacturers and wholesalers and retailers. The Excise Policy should also aim at achieving the long-term objectives of breaking the cartels and dominance of liquor mafia, broad-basing the trade by facilitating more competition, simplifying the structure of supply of wholesale of liquor by giving wholesale licenses, establishing a system for allotment of retail outlets, imposing complete check on manufacture and sale of liquor, preventing evasion of Excise levies, plugging the leakage, optimization of revenue, creating ambience for legitimate and responsible drinking and providing good quality liquor at reasonable and affordable prices price to those who drink.

Maximizing government revenue to generate resources which can be utilized to finance developmental projects is always given high priority by the policy planners. However, when it comes to framing an Excise policy, social consideration also assume great importance. The Excise Policy for this year aims at providing stability in trade, catering to the growing requirement in a fast changing scenario and enhancing government revenue.

Increase in the VAT on liquor and rationalization of excise duty structure and to encourage consumption of low alcoholic content liquor as compared to hard liquor and providing incentives to the local manufactures and consideration of the concerns of all the key stakeholders are some of the notable features of the new Excise Policy.

Documents required for obtaining a license in Gurugram

Procedure for getting licence for liquor in Gurugram

Step 1 – Invitation of bids is conducted

The detailed procedure regarding invitation of e-bids will be finalized by the ETC (FC) which shall be displayed on the website of the Department.

Security amount should be (5% OF amount of bid). Successful bidder have to deposit 5% of the bid amount on the allotment day as the first part of security deposit. In case if he/ she fails to deposit the 5% of the bid amount on the date given his bid shall be cancelled and money deposited by him shall be forfeited and Such bidder shall be blacklisted for a period of five years. The allotment of Zone of vends shall be made freshly by e-bids in case of unallotted Zone of vends. List of successful allottees shall be displayed in the office of the Deputy Excise and Taxation Commissioner (Excise) of the respective district.

Before the start of operation of vends in his/her Zone, the successful bidder shall file an affidavit and a certificate of solvency. Affidavit is must be on a non-judicial stamp paper value of which should be Rs.3/- in the format prescribed and He/she has not been convicted of any non-bailable offence by any criminal court or of any offence punishable under the Punjab Excise Act or the Opium Act, the Indian Power Alcohol Act, 1948 as applicable to Haryana or the Narcotic Drugs. The affidavit is required to know that he is not a defaulter or insolvent and has paid all past dues of excise revenue in Haryana. The failure to file the affidavit or solvency certificate prescribed or furnishing false affidavit is sufficient ground for cancellation of license.

The verification of documents of the successful allottees shall be made before granting the license. The verification of documents submitted by the successful allottee will be made by the Excise Inspector of the respective circle and shall be signed by the Excise and Taxation Officer / Assistant Excise and Taxation Officer, before the license is actually granted.

The licenses will be granted by the Deputy Excise and Taxation Commissioner of the district on behalf of the Collector after the approval of the ETC (FC), Haryana. All licenses, whether for wholesale or retail sale, shall be granted subject to the some provisions of the Punjab Excise Act, 1914 and the Rules/ Instructions/ Policies framed from time to time as applicable to the State of Haryana

For the very first time, Haryana introduced e-tendering for allotment of retail outlets of liquor in the State. The participation fee for bidders was reduced from Rs 25,000 per vend (this was the rate when auctioning was done manually) to Rs 10,000 per vend.

Bidder shall have to deposit an application fee of Rs.60,000/- for each Zone. The participation fee is non refundable and non adjustable. The participation fee shall be deposited either through cash or demand draft in the office of DETC (Excise) of the district of his registration. A duly signed receipt would be issued by the office of DETC (Excise) in case of cash.

Earnest money: Each bidder has to deposit the Earnest Money along with his bids. The Earnest Money must be paid only in the form of bank draft. The demand draft will be payable in favour of Excise and Taxation Commissioner, Haryana. Earnest money would be refunded in case of unsuccessful bidders, unless it is forfeited.

No interest would be payable on the earnest money refunded. In case of successful allottee.

The amount would be adjusted with the security amount to be deposited by the allottee.

Penalty for non-maintenance of minimum rates

The retail sale license permitted will be automatically suspended or cancelled on detection of breach of provisions of maintaining minimum retail sale rates for the day of detection and two days following it. The vend shall be sealed by Excise department for this period with prior notice to Excise & Taxation Commissioner and Excise Collector. The sealing of the vend will be in addition to any other penal proceedings under the Law that may be initiated. 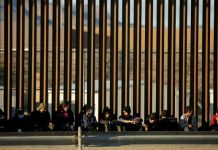