This article is written by Raj Maitrey who is pursuing a Certificate Course in Advanced Criminal Litigation & Trial Advocacy from LawSikho.

Our criminal justice system is slow, inefficient, and more often than not ineffective. This is reflected by our jail populations. This is just the tip of the iceberg, the problems in our system are deeper than just the industrial population in prisons. This article will discuss these problems and give possible solutions.

The second problem with our police force is the method in which the investigation is carried out. Custodial deaths and torture are shockingly common in India. 1674 custodial deaths were recorded between April 2017 and February 2018 averaging 5 deaths per day. NCRB data from 2005-18 shows that 593 registered cases of custodial deaths only led to 7 convictions. A majority of the victims of such death and torture belong to marginalized communities. Methods of torture range from forced oral sex, inserting objects in the anus, inserting needles in fingernails to urination in mouths, and giving electric shocks to genitals. In such situations, the victims are willing to say anything just to make the pain stop. The death penalty project of NLU-Delhi details such accounts of prisoners where they were made to sign blank documents which led to a staged recovery of facts and finally led to their conviction. Given the inhuman methods of investigation, the conviction of innocent people is more than probable. 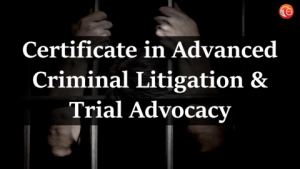 Why do the police resort to third-degree torture methods?

Recommendations for the police force

Our criminal justice system aims for reform in criminals. This is the reason that they are sent to prisons. Indian prisons however serve as halls of retribution where prisoners face sexual abuse, violence, torture, and extortion at the hands of other inmates and the jail staff. Indian jails have consistently been overcrowded. As per Prison statistics in India  2019, the capacity of prisons increased by 1.90% but prisoners increased by 2.69% compared to 2018. Tihar jail, one of the largest prisons in Asia, has an occupancy rate of 174.9% housing 7,508 more prisoners than its given capacity of 10,026. On average the nationwide occupancy rate is 114% and the vacancy rate for prison staff is 33%.

70% of our jail population consists of undertrials. These are people who haven’t been convicted and are awaiting trial. Some of these undertrials will be acquitted over time but not before being raped and dehumanized at the hands of other inmates. These people will also end up losing valuable years of their lives for crimes they didn’t commit. The prison system does not affect everyone equally; the rich and powerful inmates live comfortably because they manage to bribe all jail officials while the poor inmates (who usually end up in prisons because of little or no legal representation) live in pathetic conditions. It’s this nexus of corruption between the inmates and jail officials that prevents reform. These powerful inmates then end up terrorizing the rest of the prison population. The prison system is even worse for transgender prisoners who have no separate prisons and are often housed with male prisoners. Furthermore, a lot of prisons follow outdated manuals which advocate caste-based labor. All of these problems compound to create an inefficient system.

For reducing overcrowding firstly undertrials should be housed separately from other convicted criminals. Many of these people may be innocent. The problem of funding for prisons can be solved through the privatization of prisons. Contracts can be drawn to make sure none of the rights of the prisoners are violated and due process is followed. Since even undertrials have the right of presumption of innocence they should be housed in open jails. Where they have freedom of movement and only need to return at night. Such jails already exist in some states. If all undertrials are housed separately in this way and there are new jails made through private corporations, overcrowding will reduce substantially.

Rapes are rampant in Indian prisons. In his book Black Warrant: confessions of a Tihar jailer; Sunil Gupta details how Kiran Bedi. During her tenure floated the idea of introducing condom vending machines in prison probably to curb the epidemic of HIV in jails. While her intentions were surely noble she may have found more support if she focused on tackling sexual abuse rather than facilitating it. The idea was eventually shelved. To solve the problem of sexual abuse in prisons there must be an effective redressal mechanism. Complaints in most jails aren’t taken seriously officials just tell victims that these things happen and they should deal with them.

For this first overcrowding in prisons must be reduced. At the same time, the number of prison guards must increase. Complaints against offenders must be taken very seriously and stringent punishment must be given. Repeat offenders should be shifted to separate jails. A lot of individuals in jails turn to homosexuality because they are serving for life and have little or no interaction with the outside world. Prisoners should be allowed to visit their families outside the jail once a month and prisoners on good behavior once a week. This will allow them to pursue conjugal relations outside the prison and will help reduce rapes in prisons. There should be CCTV cameras in cells as well as washrooms. Prison guards must act swiftly in cases of any altercation or noise. Prison guards should have increased salaries so they don’t accept bribes. Action should be taken against anyone who takes bribes. Prison guards should have the protective gear so that they aren’t intimidated or threatened by the inmates. In female prisons, in addition to these steps, all the jail staff should only include females. All convicts are also humans and all their rights must be upheld

Trans people are more vulnerable to violence because of an already existing stigma. There must be separate prisons for transgenders. This will help reduce violence against their community in prisons. These steps should also be followed for other sexual minorities such as lesbian, gay, bisexual, and intersex persons.

The judiciary creates a bottleneck for cases that stop timely justice. The cases pending before courts are astronomical. According to data as of 28th May 2021, the criminal cases pending before all-district and taluka courts are 2,82,52,633. 78% of these cases have been pending for more than a year and 7.69%  have been pending for over 10 years. 3,74,099 cases (1.32%) have been pending for over 20 years and all this is not including the cases pending before the high courts, tribunals, and other courts. The ‘Zero Pendency Courts Project’ was the first such project that aimed to study what causes delays in cases and how to improve on that. There were many reasons for delays; absence of witnesses, unnecessary adjournments, and delay in service summons were some of the reasons. One simple solution will be to increase the number of judges in all courts. Judiciary should be made a more lucrative career option with an increase in salaries and other perks. Furthermore, there should be more pilot projects to study the reasons for delays in different states. This will give a more accurate result and changes based on these studies should be implemented.

Our criminal justice system has a lot of problems. Many of these problems have been persisting for decades with little or no change. These are a result of deep systemic failures and they can only be solved with the political and public will. There must be aware of how unjust our justice system is. While this will be nothing new for lawyers, judges in the criminal justice system it is the public that must know of these problems. While many of the recommendations in this article may seem utopian or almost impossible it is the system we must strive for. When innocent people are killed and tortured it is not just the police, the judges, the prosecutors who are guilty it’s us the public who is just as complicit. We perpetuate the system and allow it to exist, we read these articles in newspapers and still go about our lives like nothing has happened. Don’t let this be just another article you read, make some conscious change and do something in your power anything in your power that will make all the difference