Valuations of Mergers and Acquisitions

This article is written by Dhruv Bhardwaj, a student of Amity Law School, Delhi. In this article, he will discuss how an M&A transaction is valued, why it is valued and the challenges faced during valuation.

Valuing the financial aspect of an M&A transaction is crucial. Without proper financial analysis, regardless of how lucrative the strategic and business merits of a deal may be, it is impossible to quantify the potential shareholder value creation embodied in the deal. This article will go over the various methodologies for valuing publicly traded companies and the challenges faced in valuing these transactions.

Purpose and Meaning of Valuation of a Merger and Acquisition Transaction

In Merger and Acquisition transactions, the part involving the deal valuation is primarily the most important of them all. It is absolutely an indispensable element to value what will be brought to the table once a Mergers and Acquisitions transaction is proceeded with. Furthermore, the focal inquiry confronting acquirers isn’t really, “What amount is this advantage worth?” Instead, the inquiry they should answer is: “What amount are we willing to pay for this?”

The purposes of this qualification are reasonable. All things considered, a precise valuation can be amazingly hard to ascertain. Thinking of an appropriate valuation in an M&A arrangement can include a lot of masterfulness, notwithstanding the ordinary spreadsheet math. In the event that an organization is especially little or in a novel division, there may not be numerous similar arrangements to depend on.

Youthful new companies, particularly in the tech area, may have irrelevant income or couple of clients to talk about. Therefore, a couple of dealmakers accept that valuation can be esteemed a science. A lot of biases tend to creep in while someone is valuing a Merger and Acquisition transaction. Some which are frequently seen include:

How can you determine the value of a management team or other employees? This is one of the thorniest issues that M&A practitioners must answer in arriving at a company valuation: the real worth of intangibles. Apparently, the most important intangible aspects of a company when deciding on valuation were as follows:

There are two methodologies which have been used since time immemorial for valuing publicly traded companies. They are:

The intrinsic value of a company is derived by taking its projected future dividends and discounting them by a discount rate that reflects the shareholders’ return requirement on their investment and the growth rate of a company. This approach might look really archaic and may not be all that practical, it also suffers from a number of problems including a lack of agreement on the appropriate discount rate to use and a declining number of companies that pay dividends.

Today, investors who use the intrinsic approach instead focus on the discounted cash flow methodology. Similar to the dividend discount approach, it takes future cash flows of a company and discounts these at a rate approximating the company’s cost of capital.

The relative value approach is based on various metrics derived from comparison with a company’s peers. For example, if the average price/earnings multiple for a group of similar companies is 20 times earnings, applying this multiple to the target company’s earnings yields a theoretical stock price.

This can then be compared to the current stock price of the company. For day-to-day stock price analysis, investors lean more towards the relative value approach. However, as information on the performance of companies has become more widely and readily available, public investors have begun to use an additional approach that is based on expectations.

One would think that with the alleged efficiency of the public markets, the valuation of securities would be an accurate science. In fact, it is not. Rather, it is an art that goes far beyond looking at the intrinsic and relative valuation of a company and assessing its performance based on expectation. Consequently, one will frequently see stocks that are either grossly undervalued or overvalued in the market.

In addition, financial analysis alone will not enable you to make a decision to pursue a deal. Rather, a combination of strategic and business evaluation, valuation and financial analysis, and intuition all work together to help shape a good decision. This is considered really important and let me tell you why. Merger and Acquisition would be simple if the market was an accurate reflection of value.

An acquirer could use the public stock price of a target as its benchmark value. Valuation for Mergers, Acquisitions and Restructurings, while it does rely on the same concepts on intrinsic value, relative value and expectations, requires additional, more detailed analysis.

Deal Valuation requires several phases or steps. When considering a transaction, it is of prime importance to evaluate the target company from a variety of different standpoints to determine whether it is being acquired, merged or sold at a fair value.

It doesn’t matter whether the proposed deal is a merger, a joint venture or a split-off, all deals should be thought of in this type of framework. While all deals won’t necessitate every analysis, the principles of the framework still apply.

Let us take all these one by one:

The stand-alone value of a company is its value today, absent any deal. For public companies, it is used to determine whether the company is fairly valued in the marketplace and serves as a preliminary indicator of whether a transaction is worth pursuing. For private companies, stand-alone valuation establishes a benchmark value for a company that can be used as a basis for negotiation. This method uses a combination of the intrinsic value, relative value, and expectation approaches. The two most common stand-alone valuation techniques are Discounted Cash Flow and Comparable Company Analysis.

This is a corporate finance approach that evaluates the projected cash flows of a target company using a discount rate that approximates the target’s cost of financing. The cash flows for a defined projection period plus a terminal value approximating the cash flows beyond the projection period for the company are discounted back to the present, using a discount rate to determine a present value for the target. This represents the value of the target and can be compared to the company’s public valuation.

This approach values the private or public target company in the context of its peer group. In other words, comparable company analysis applies the earnings multiple- as well as other multiples- of companies in the target’s industry or sector to the operating metrics of the target company in order to assess its value. For example, an industry peer group may trade at an average multiple of 20 times projected earnings. Applying this multiple to the target company’s earnings yields an implied price per share.

Transaction Values help us to value a target company in the context of other deals done in the industry. There are two primary approaches to transaction valuation: Comparable Transaction Multiples Analysis and Premium Paid Analysis.

Applying multiples from acquisitions that are comparable to the deal at hand gives an indication of how the company should be valued in the context of a deal. This approach uses the transaction multiples of comparables deals and applies those multiples to the target’s operating metrics. For example, if the average multiple of sales for five comparable transactions is 1.5 times, the proposed target should probably also sell for a multiple of sales in this range.

Premium paid analysis looks at comparable public transactions: however, it determines the average premiums over the stock prices of the comparable targets that were paid just prior to the announcement of the transaction and applies that stock price premium to the company under consideration. For example, if the average premium paid was 30%, then the target company could sell for roughly the same premium.

Merger analysis studies the impact of a transaction on the surviving company and indicates an acquirer’s ability to pay. It is another set of data points that validates or invalidates a transaction. It may be feasible to value a target company and find that even though its valuation may be attractive, the overall impact of the transaction on the surviving company may be negative, and thus, cause to terminate the deal discussions. There are two principal forms of transaction valuation:

The analyses just presented are the primary indicators of company value, deal value, and deal with success. They are by no means the only approaches to valuing a transaction. Leveraged Buyout Analysis is often used for more mature companies that have strong cash flows. There is also a concept called the Price/Volume relationship, which shows the range of prices within which a public company has traded over a period of time. This analysis helps us understand when and at what price investors purchased stock in the target and whether the current trading price reflects any market sentiment supporting a sale of the company or some other form of event that could improve the shareholder value.

Determining a proper valuation for an M&A transaction isn’t always flawless. Something as simple as a spreadsheet blunder can cause hundreds of millions of dollars in fines and other costs. The most common mistakes seen on the buy-side in determining a value for a target include:

Valuation and financial analysis is a vital aspect of assessing the viability of a transaction. Armed with the right analyses, the principal negotiator in a deal should be well prepared to construct an agreement that makes sense for shareholders and creates value. It is important to remember that valuation and financial analysis alone are not sufficient to substantiate a transaction rather it is imperative to combine the analysis with a strategic and business rationale to develop a complete picture of a transaction’s likely success. 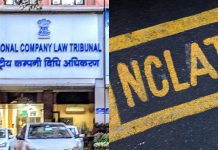 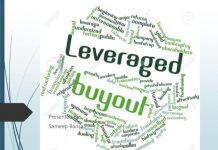 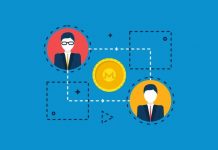 Advantages and disadvantages of P2P lending for loan customers