This article is written by Aanika Aery, currently pursuing B.B.A. LLB from Symbiosis Law School, Noida. This is an exhaustive article which deals with the decisions taken by Indian Courts due to the pandemic along with guidelines issued.

With the global epidemic of this virus in mind and the rising number of cases in India, our justice system has taken some impressive measures to monitor India’s spread of this virus. Many courts in India have been partially shut down and there will be only immediate hearings to avoid human interfaces. In addition, most courts and tribunals released instructions to close the counters and the chambers of advocates. Based on the present situation, it was also agreed by the Supreme Court of India to facilitate visual court proceedings and to include electronic files which help prevent lawyers from entering courts, thus preventing virus transmission.

The three-judge bench comprising of Chief Justice S A Bobde, Justice L. Nageswara Rao and Justice Surya Kant has exercised the right to bring appeals, complaints and all other suits in courts and tribunals as a result of the serious outbreak of the pandemic by exercising its authority under Article 143 of the Constitution of India. The Hon’ble Apex Court, despite taking suo moto cognizance of the present situation in the country and difficulties faced by the lawyers to physically come to the courts for petitions, applications, prosecutions, appeals and all other prosecutions, has extended the restriction of filing petitions, appeals within the period covered by the Article 142.

Taking into account the country’s current situation, the Central Government took the action to relieve businesses which, during this present crisis, are unable to pay off their debts. This will help protect other businesses from insolvency, which face financial challenges and can not pay off debts that are less than one crore.

Changes in the Supreme Court

The High Court of Bombay has agreed to hear only cases of urgency, and this order also includes its benches in Nagpur, Aurangabad and Goa. The Court also ordered the bar to comply only with those whose presence was mandatory with official purposes to prevent entry.

Lawyers are asked to notify the registry whether their cases are urgent to be included on the court list of the day, and all other cases shall be immediately adjourned. The High Court has also directed the district courts of Maharashtra, unless absolutely appropriate, to insist on the party’s personal presence.

It has also asked district courts not to give adverse orders when a party is currently absent from the trial. Unnecessary lock-ups must be avoided in court and the courts should not pursue the parties’ personal presence unless the latter is unavoidable.

The Securities Appellate Tribunal has always limited itself to hearing emergency proceedings, and only lawyers, chartered accountants and one litigant delegate have been able to enter the courtroom. The lawyers were asked to write to the court’s registry before 9:30 a.m. for adjournments. The counsels were informed they did not have to attend the tribunal to demand a postponement. Such limitations are in effect until 27 March and can be extended further. The court also changed its working time to 11:30 a.m.

The functioning of the Delhi High Court was limited until 20th March when the court created an emergency roster for the judges. The Registry of the High Court is drawing up cases which are urgent and only those cases are to be dealt with in an urgent manner by the court. The High Court also required district courts to deal only with cases requiring bail. The courts were therefore advised to dispose of the need for convicts to have their personal appearance, if that is completely inevitable, by video conferencing.

The Supreme Court of India agreed in a video conference to begin court proceedings to keep the legal system from being shut down in the light of the COVID 19 pandemic.

The decision of the Chief Justice of India, SA Bobde and four more Supreme Court judges was taken on 15th March 2020.

The High Court in Calcutta and its subordinate courts announced that they would hear urgent cases from 17 March only to prevent mass meetings. This drastic move comes as more case studies are published. On 12 March, the Kerala High Court Registrar demanded that all district judges take urgent cases into account.

Like the Supreme Court, other High Courts may take immediate hearing proceedings. For example, both the High Court of Patna and the High Court of Gauhati issued notices on the interim listing of cases. The Gauhati High Court does not apply to written petitions on citizenship, but it only stresses ‘urgent matters.’ In its notification, there is no mention of a list of bail cases or habeas corpus petitions that are urgently needed because they are deprived of freedom. The High Court of Patna highlights the preferred option of bail applications, but the amount of these matters shall be arbitrarily limited to 25 requests a day. It is not clear if this amount was reached after the court had evaluated the total number of bail requests. Jurists are well aware that urgent matters frequently lead to senior counsel and high profile cases. It can postpone cases of the common council and the common litigant for certain purposes that may be urgent.

We do have to remind ourselves what the big cases in the circuit courts should be. Such courts are still ignored when it comes to facilities and rely on instructions from the higher judicial authority. A Vidhi Legal Policy analysis in the Delhi District Court Infrastructure Facilities showed that toilets are generally without running water. While the Court may order sanitation and provide services to the premises, the same does not extend to the district courts.

Owing to their current infrastructure issues the district courts are under greater pressure at the time of this public health crisis. As we know, litigation is not conducive to a ‘home job’ model, which in times of coronavirus has become standard. Case attorneys and parties are expected to go to courts and move regularly between different legal fora. Another effective way to avoid the virus is social isolation, not a choice. Family courts are also places that can transmit the virus. For any hearing, the parties are also asked to attend divorce proceedings.

The need for the hour is a proposal based on how the courts will function in a pandemic. The US Bureau of Justice Assistance set up a guide in 2007 for courts to combat a pandemic. It also set up a task force. The roadmap focuses particularly on how due process and serious legal problems can be resolved during a pandemic. This policy would provide a basis for court closures, reduce incoherencies among the various Indian courts and allow for a standardized approach to the functioning of the judiciary. The strategy also helps to decide which types of petitions in different courts are deemed urgent.

The short shift in this confusion is given to civil cases. At present, the majority of cases have been postponed by separate courts and no temporary orders are being passed. This adds to the question of legal pause and suspension.

The pandemic has the need for an increase in the technical use of the justice system. While carrying out technical processes, our courts have fallen behind drastically. Patna High Court is partially working. But what will happen in important cases in lower judiciary? The Supreme Court may implement video conferences and encourage e-filing.

The Covid-19 epidemic has a range of implications in litigation and has also crippled courts around the country as judges, defenders, and litigants are fighting for justice while maintaining public protection. The rapid spread of this virus has resulted in the closing of courts and courts in the world, which prevents human interaction and reduces the spread of the new coronavirus. The Central Government and the Judiciary, however, have taken a range of measures to support the people who face this unparalleled challenge.

Although the courts have been shut down, the Honorable Supreme Court of India has agreed, using virtual methods, to take immediate action so that in this present situation lawyers and litigants will not have to appear before the court physically. The Hon’ble Supreme Court of India has also ordered the respective bars to facilitate e-filing and virtual procedures. In addition to taking notice of the difficulties faced by the jury to apply physically to the Court for the filing of appeals, petitions, etc. and expanding the time limit until its new order, the Court also aims to counter coronavirus and put a stop to its geographic expansion. 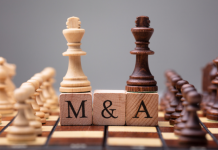 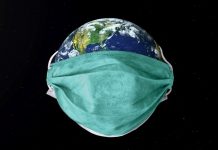 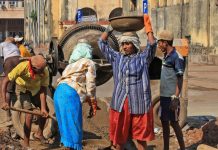 Impact of pandemic on the unorganised sector : short term remedies and a long term approach