This article is written by Yashraj Bais. The article deals with the major legal issues faced by the Indian E-Banking system and what could be done to rectify them.

As the prosperity and growth of a country are dependent on its financial growth, therefore it is not wrong to say that the Banks are the growth engine of a Country. In the past decade, as the technology has grown it’s sphere in almost all the fields, the Banking Sector is also not untouched with it. The use of E-Banking in India, especially among the Corporate Houses is on its peak these days, the reason is it provides a user-friendly, instant platform to the customer to execute and perform their financial transactions very easily. It is pertinent to mention here that in E-Banking, the “E” stands for Electronic, therefore it is an accepted and acknowledged fact that the E-Banking will be banking via using electronic gadgets like Computer, Laptops and Mobiles. Now in today’s Cyber Era the advantages that the E-Banking offers to both customer and Banks are as follows:

Though the Banks are providing virtual and user friendly E-Banking Systems in India, yet it is facing and suffering from some major loopholes which are likely causing harm and detriment to the privacy and security of the customers at large, some of such major issues are:

It must be noted that the E-Banking is not a separate business among the Banking Channels, but it is only an additional facility provided by the Banks to its customers on an additional monthly charges like SMS, Annual Membership, etc. which is completely optional i.e. is dependent on the Customers to avail it or not. The Reserve Bank of India is regulated by the RBI Act, 1934 and for Electronic Records and System according to the provisions of Information and Technology Act, 2000.

It can be widely seen that despite having all this set of regulations and Hon’ble Authorities for the regulation and maintenance of E-Banking, even then we are not having any specific provisions for curbing the E-Banking Frauds and Cyber Frauds in India, rather than the traditional ones. Even if some of my able readers disagrees with me then too they must accept the fact that the enforcement structure and personnel involved in the same is too timid and un-trained which is the main reason behind the rapid increment in the Cyber Crimes in India, since the past decade. The Legal Framework of the Indian Banking System is governed by the following set of statutes which are as follows:

Case Study: The ICICI Bank has kicked off the online banking in 1996 describing it as rubbish and useless, which was even done by the host of other banks. But even that the phrase from 1996 to 1998 was described as a “Adoption Phrase”, at-last which was even accepted by the ICICI Bank. But the usage of the E-Banking in India, raised gradually only from 1999, owing to lower ISP Charges, and increased penetration of PC’s with a tech-friendly atmosphere.

The Public Sector Units (PSU’s) since inception lagged in exercising and adopting the E-structuring and Internet Services. Among which the State Bank of India was the first bank in India who took the lead and was the primary in adopting the E-Banking Practices in India.

Provisions of Information and Technology Act, 2000

The Provisions of the Act, widely deals regarding the Management in offering of E-Banking Services by the Bank Channels along-with dealing to specific provisions for curbing the E-Banking Frauds and other ancillary Cyber Crimes.

For improving the quality and status of the E-Banking services G. Gopalkrishna Working Group (GCWG) in 2011 has released a Report on the Security of E-Banking in India with some amendments on 29 April, 2009 which presently constitutes the current regulatory guidelines as an extension of IBG 2001.

The main provisions relating to dealing with the E-Banking Frauds in India are as follows:

The main issues which are mainly faced by the banking Authorities are the Authentication of their customers. The instructions which have virtually been provided by the Customer have originally been lodged or requested by him only or someone is personating on behalf of him is the main issue. Even after enacting measures like OTP, PIN, relationship numbers, customer ID, etc. for securing the interests of the consumers, the Bank and Cyber Frauds are increasing day by day and have emerged as a major challenge before the Cyber Cells and concerned ancillary authorities. In this reference Section 3 (2) of the IT Act, 2000 provides that the concerned subscriber may authenticate an electronic record by affixing his digital signature on it.

However, there is no separate provision in the Information and Technology Act, 2000 for dealing with this Authentication Issue and securing the Interests of the consumers involved in the E-Banking. The Government should think the same and must enact some legislation or provisions in this regard to safeguard the interests of both consumers and Banks at large.

the Banking System is the life-blood of a Country and its Economy, therefore after analyzing the above issues in Indian E-Banking System, the suggestions and measures in this reference are as follows:

Banking System is an integral part of our Life in today’s era, but with the increasing trend and sphere of E-Banking in India, the Cyber and Bank frauds are also increasing with the same gravity. There is a concrete need that this issue must be paid acute heed by our present Government and must ensure more firm enforcement of Cyber Laws in this regard for curbing the same. 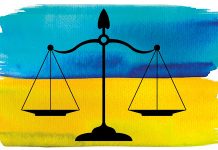 Alliances of Convenience: Harming the essence of democracy 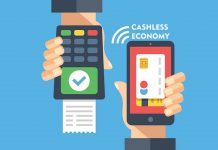 How safe is cash in a cashless economy 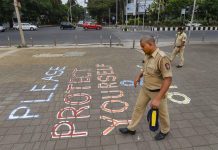 Critical Analysis of the Mumbai Gag Order: Imperative or Intrusive?