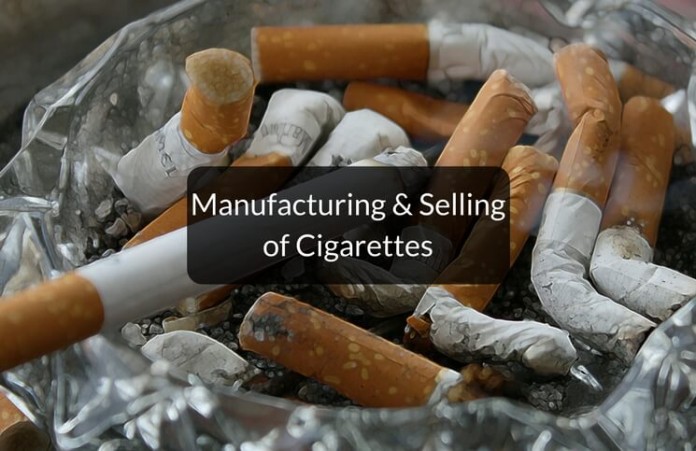 In this blog post, Debapriya talks about the laws applicable in the manufacturing & selling of cigarettes. 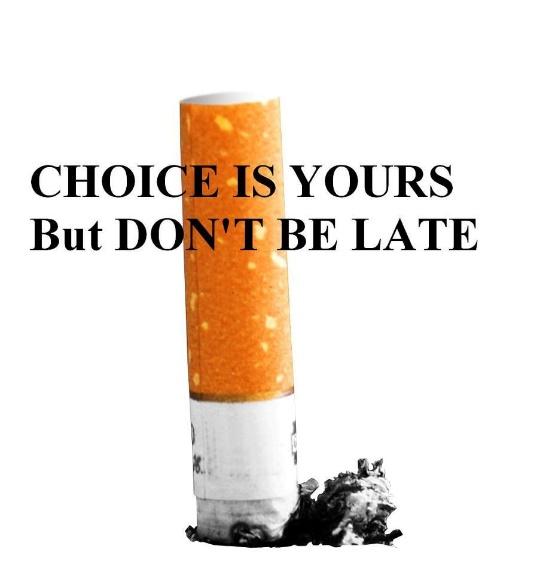 Use of Cigarettes & Its Harmful Impacts

The history of smoking in India dates back to 2000 BC when cannabis was smoked. As mentioned in Atharvaveda, smoking of medicated leaves was practiced for medical benefits along with dhupa and homa as mentioned in the Ayurveda.

Also known as dhumrapana, it has been a practiced for more than 2000 years. It has evolved over time in the forms of pipes of various lengths, cigarettes, beedis, cigars, hookahs etc.

Tobacco smoke is enormously harmful to health. It is addictive in nature. Smokers have trouble breathing because smoking damages the lungs. Smoking causes a lot of coughing with mucous. Tobacco can cause emphysema (lung disease) and lung cancer. It seems hard to quit because elimination of nicotine causes craving for the smokers. Its harmful effects don’t only limit to the smoker but also to the people around. So, it is unhealthy for the society as a whole.

Hence, the regulating authorities have come up with laws and regulations on manufacturing and selling of tobacco products, including cigarettes.

India became a party to the WHO Framework Convention on Tobacco Control on February 27, 2005. The government of India has legislated laws on the use of cigarettes in the country.

The Cigarettes (Regulations of Production, Supply and Distribution), Act, 1975 was the first law legislated for regulating cigarettes. Later, The Cigarettes and Other Tobacco Products (Prohibition of Advertisement and Regulation of Trade and Commerce, Production, Supply and Distribution) Act, 2003, also known as COTPA, 2003, came into effect in the year 2004.

Few important provisions of the law have been listed below:

In the landmark case – Murli S Deora vs. Union of India, the honorable Supreme Court of India banned smoking of cigarettes in “public places” as they identified its hazardous role on public health hazards and the passive smokers.

Article 21 of Constitution of India guarantees the right to life to every citizen of India. Everyone is aware of the adverse effects of smoking. A person who doesn’t smoke should not be compelled to face it only because he has to go to public places. Visiting a public place cannot and should not be avoided. Rather, there must be a restriction of the smokers on smoking in such places. This is the landmark decision that was awarded in this case.

In addition to central government, the state governments also took measures against cigarettes and other tobacco products:

In addition to the regulating authorities implementing measures to curb smoking, it is a moral responsibility from the end of civilians to understand its negative effects. As a general rule, no law can operate in a jurisdiction until the people there adopt it. From the end of the authority, it is not enough to just formulate the law. There should be an appropriate and strict system to implement it. E.g.  for public smoking, one has to pay a penalty of Rs 200. People in the society should cooperate with the government to reach its obstacle.

For the ban of cigarettes and tobacco product, India has a strong law in place. But the implementation system is weak. So, even if people are committing offences, they are getting a chance to escape. This is creating a negative effect on the people around.

In India, more than 150 million people smoke regularly. This causes health hazards for them as well as the society. This is a national concern.

As mentioned already, in addition to central government, the state government is also responsible and playing a role in eradicating the problems related to smoking.

As per WHO, every year, approximately 1 million people die from tobacco-related illnesses in India. India is the home for about 12% smokers in the world.

Companies in India that manufacture cigarettes:

Technology: In this age of information technology, social networking is playing a very important role. This digital media is also used in spreading awareness against smoking. There are several videos, images, films that have been created in order to spread this awareness. There are random messages send to numbers writing about the adverse effects of smoking.

Smoking is injurious to the health of the smoker as well as the society. So there are laws framed to curb it. But just framing the law is not enough. There needs to be a very strong implementation framework. Our country is fighting against it and we are hopeful that we can overcome it soon.

How do you think smoking can be curbed? Drop your views in the comments below & share the article.