This article is written by Mariya Paliwala of the seventh semester, a student at Mohanlal Sukhadiya University College of Law, Udaipur, Rajasthan. 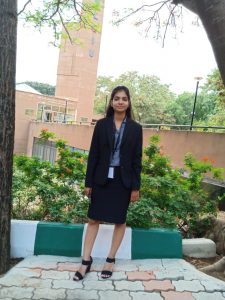 “Marriage is considered to be one of the most pious obligation, but when the same pious obligation becomes curse for the women in the name of conjugal duties, when the husband who is considered to be a shadow of god for a wife on this earth turns to be the perpetuator of fear to her, when the family members consider marital rape to be the part and parcel in day-to-day life of a women and above all the law of the land guaranties equality before law when turns a deaf ears to the voice of that aggrieved women.”

In this 21stcentury the phase in which most of the feminists are raising their voice against various evils of the society which are committed against women but still the evil like marital rape had remained underneath in this male dominate society. Still in this era of human rights recognition, the mere existence of the women is still not recognized.

In means an act or conduct which is done in pursuance of a malafide/ evil intention. So in order to constitute a crime of rape a man commits any one of the following 4 acts:

Mens rea means guilty mind/ evil intention of an accused. In order to establish the act to be an offence of rape the above-mentioned actus reus must be done under any of these seven circumstances:

Exception 1. Any medical intervention or procedure will not amount to rape.

Exception 2. Sexual intercourse or sexual acts by a man with is own wife does not constitute the offence of rape. However, the wife not being under 18 years of age, though earlier the age was 15 years.

The above-mentioned section preludes that if the offence is committed by a man on his wife will not amount to rape based on the marital status of the parties. In India, the whole legal system pertaining to rape is a big mess and one of the most paradoxical lacunae that come in a way is that a husband can not be prosecuted for an offence of rape of his own wife. With this, it sets a notion that consent for marriage presupposes implied consent for sexual intercourse. To be more precise, it means that a husband can have sexual intercourse anywhere, anytime and of any sort against the will of his wife is one of the implied terms of the contract of marriage which is a binding condition upon the wife and she can not breach it.

The major controversy is that, is there any point of preserving such a marriage, which is based on lack of concern by the husband towards his wife? This issue deserves attention by law courts and also the legislature.

So this exception demarcates the offence as follows:

On the other hand, to settle the controversy arising by the second point, a civil writ petition was filed before the Honorable Supreme Court in the case of Independent Thought v. Union of India Writ petition (CIVIL) NO. 382 OF 20, where there was a slight amendment in Section 375 of I.P.C. and to be more precise the Exception II of Section 375 of I.P.C. In this case the apex court  increased the age of consent from 15 years to 18 years.[2]

After this slight change we may consider the following situation where the husband is not liable under section 375:

Time and again the central government is trying to suppress the demand of criminalizing marital rape on the grounds that:

This article elaborates the right to life and personal liberty, which is a fundamental right under Part III of the Constitution of India. This Article includes within it the Right to privacy. Privacy was elaborated in the landmark case of Justice K.S. Puttaswamy (Retd.) v. Union of India by the 9-judge bench of the Supreme Court saying “Privacy includes at its core the preservation of personal intimacies, the sanctity of family life, procreation, the home and sexual orientation. Privacy also connotes a right to be left alone. Privacy safeguards individual autonomy and recognize the ability of the individual to control vital aspects of his or her life.”

However, by making Marital rape an exception to rape denies the right to life and personal liberty to a married woman.

This Article elaborates the concept of Equality before the law and equal protection of law. The barbaric practice of marital rape clearly infringes the equal right to be heard by the law courts when something wrong happens to any person. But in the case of marital rape hearing is farfetch; the mere F.I.R is not registered.

In a society where patriarchy is at its boom, right to raise voice against wrongdoers in the case of a married woman is suppressed.

This article elaborates the prohibition of discrimination on the grounds of religion, race, caste, sex or place of birth. Discrimination against an individual on the basis of sexual orientation is deeply offensive to the dignity and self-worth of the individual.

In 2005 legislature enacted the Protection of Women from Domestic Violence Act, 2005 which did not consider marital rape as a crime but as a part of domestic violence. In this Act if a woman is subjected to marital rape then she can approach the court not against the offence of Marital rape but for the judicial separation on the ground of cruelty from her husband. Hence, the above enactment is a complete failure in respect to punishing of a perpetrator of committing rape on his own wife.

In spite of India being one of the signatories of the United Nations Convention on the Elimination of all Forms of Discrimination Against Women (CEDAW). This convention viewed such kind of discrimination against women violated the principle of equality of rights and violation of human dignity or respect of a woman.

Also a Commission on Human Rights at its 51st session with the resolution number 1995/85 of 8-3-1995, with the title “The Elimination of Violence Against the Woman”, in its recommendations said that marital rape must be criminalised.

We already know that in U.S.A. there are two kinds of law that exist one is National law while other is state laws. Laws related to marital rape are available under state laws and not under national law. The offence of rape has been defined in the Uniform Code of Military Justice under Chapter 47X, section 920, Article 120 and under this provision marital rape is banned that is it cannot be used as a defence by the accused. The position of state laws is that, in all the 50 states of America, marital rape is illegal. Initially, there existed the “Marital Rape Exemption” which allowed a person to rape a spouse without fear of facing any legal consequences. South Dakota was the first state to drop this exemption and North Carolina the last one.

The punishment for marital rape is the same as the rape committed by any other person. The accused can be penalized for several years or even life imprisonment.

Wherefore, believing in the saying that a person doing misdeeds is a sinner, while a person suffering those misdeeds silently commits a greater sin. But a question is that what if there is an absence of backing of law?

By putting forth the question that can there be two yardsticks to define rape – rape of an unmarried woman and that of a married woman? Is it acceptable to discriminate against a woman just because she is married to the man who raped her?

It has been concluded that Indian laws have failed to provide a proper protection to women as earlier As the women are still treated as the property of husband and he has all the rights to exploit her and no remedies have been provided. Though a husband’s violent and non-consensual act of intercourse may entitle a wife to bring an action for criminal assault, the incorporation of the principle of liability for marital rape in our penal laws is not present. This prima facie violates Article 14 and 21 of the Indian Constitution. Non-criminalization of marital rape is the major concern in the Indian legal system. In order to protect the women, the Judiciary should take initiatives to safeguard them. Married women should be taken proper care and they should not be subjected to sexual assault or violence. Hence this section has a very narrow view in dealing with sexual assault and as such till now there is no legal provision which protects the married women.

However, Marital rape is not a husband’s privilege, but rather a violent act and an injustice that must be criminalized.