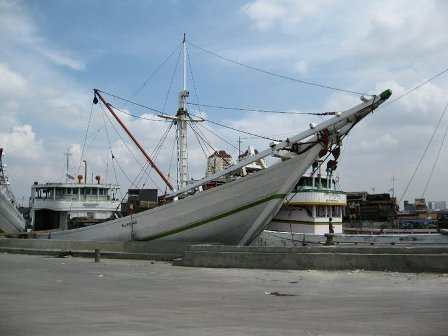 In this blog post, Sreeraj K.V, a student of Government Law College, Ernakulam, Kerala writes on the topic Maritime Laws in India: Interpretation and Analysis. This post covers areas like the importance of sea trade, various laws concerning ship trade and commerce and analysis of the Merchant Shipping Act, 1958.

India has a vast history in dealing with sea trade as well as various trading and non-trading practices through the sea within and beyond the limits of the country. It was stated in various historical records that in ancient time, there were many merchants and traders coming to India and vice versa. Thus there has existed various laws, rules, and regulations in this field from time immemorial. After Independence, the Government looked into the matter seriously and enacted various laws and statutes to maintain a healthy, effective and constantly developing trade practices through the sea. 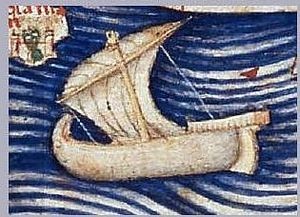 The Merchant Shipping Act, 1958 was enacted for certain regulations as well as development in this field. Apart from this Act, we had various laws implemented by the British Government such as the Inland Steam Vessels Act, 1917, the Coasting Vessels Act, 1838 as well as various other laws and statutes. But all such statutes were not according to the prevailing Indian System of Coastal trade. Thus, the Government implemented various fresh statutes for the enhancement of prevailing practices of coastal trade.

There are certain areas where the Government and its authorities can look into matters relating to offshore trade and shipping such as carriage of goods by sea, marine insurance, law of ownership and registration of ships,  ships sale and building contracts, ships financing and mortgage, ship dismantling, etc. The Government should also look into certain environmental matters where an increase in marine trade will increase the rate of pollution caused by the sea water as well as to the living organisms in it.

The present Merchant Shipping Act was adopted from the Merchants Shipping Act, 1958. The Act lays down certain provisions on establishing a National Shipping Board, administration on Indian shipping, procedures for registration of ships, ownership of Indian vessels, certification process, etc. Looking to the Act in detail, Part I deals with provisions regarding titles under the Act as well as the date of commencement.

Part II deals with establishment and administration of the National shipping board and the mode of operation of workers under the Board. 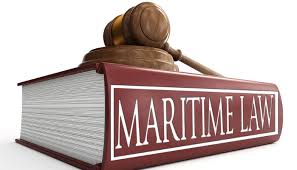 Part IX deals with provisions relating to safety. Certain provisions of Part XI also deal with Prevention of Pollution of Sea by the discharge of oil and oil mixtures. The presiding provisions of the Act deal with various powers of the Central Government, provisions on salvage and wrecking, provisions regarding the appointment of examiners in certain cases as well as penalties for violation of the procedures under the Act.[1]

The Act looks into each and every corner of maritime trade practices as well as administration and registration of ships. It also provides detailed guidelines on its control over foreign ships and vessels coming to India for various economic activities. In the case of British India Stream Navigation Co. v. Shanmughavilas Cashew Industries,[2] it was reported by the Supreme Court that, a statute extends territorially, unless the contrary is stated, throughout the country and extends to the territorial waters, and such places as the intention to that effect are shown. Indian Parliament has no authority to legislate on foreign vessels and foreigners in them on the high seas. No foreign ships or its owners are deprived of their rights by our statutory enactments expressed in general terms unless it provides that a foreign ship entering an Indian port or territorial waters and thus coming within the territorial jurisdiction is to be covered. Thus, Indian statutes are ineffective against foreign property and foreigners outside the jurisdiction. The principle is quoted in Section 2(2) of the Indian Merchants Shipping Act.[3]

There is yet another Act known as the Carriage of Goods by Sea Act, 1925. This act applies to the provisions regarding carriage of goods by sea under bills of lading or similar documents under the title from a port in India to any other port inside or outside India.  The Act implies certain rights and liabilities of the carriers.

There are landmark judgments in this area. In the case of Research Foundation for Science v. the Union of India,[4] even though the case dealt with various environment impacts of ship breaking in the port of Alang in Gujarat, the case dealt with an issue of dismantling a foreign ship in India. The fact was that many foreign countries come to India only for the purpose of dismantling their ships. This causes serious health hazards to the people living nearby as the dismantling of ships results in the emission of certain chemicals which are injurious to health. The case gained mass public attention so that Government regulated the entry of ships purely for the purpose of ship breaking. The court also stated that it is up to the State Government as well as the concerned authorities and State maritime board.

There are certain guidelines mentioned under the Merchants Shipping Act that governs trade practices through seas, it involves:

In simple terms, the word describes the jurisdiction of Courts in dealing with maritime claims, and the procedures relating thereto. This includes the arrest of ships, determination of claims of priorities and liabilities, etc. In India, to enable a claimant to approach the Admiralty Court for an arrest of a defendant’s vessel in respect of a maritime claim, he has to file a substantive suit in the concerned Admiralty court when the vessel was within the territorial limits. 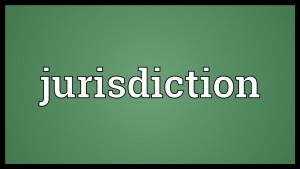 Once the vessel is arrested, the owner of the vessel has to approach the court for trial proceedings, and the case will be hence decided. Thus, it can be stated that maritime laws are not static, and it continues to be developing according to the changing needs of trade practices across the seas. The Supreme Court and High Courts are very actively making certain rules and guidelines for the continued development of the law in this area.[5]

Maritime laws and the laws governing trade and commerce through the water plays an inevitable role in the area of development as they are one of the key areas wherein our country generates its revenue for the purpose of economic development. Various other statutes govern this area of the ship and its concerned trade practices. But the fact is that there are no strict regulations regarding the maintenance of vessels mainly the ones which are used for trade and export of certain materials from India to other parts of the World. The issue which took place at Alang port was one among many examples of misuse of our laws and statutes by foreign countries. Such actions must be regulated as it involves a big hazard to the people as well as the environment. Proper management mechanism on ship maintenance and breaking must be included by the State Maritime Boards so that the fitness level of the Ships remains unchanged and there will be adequate procedures for maintaining the ships such that it results in the increase of sea trade and commerce inside the country and among other countries as well.