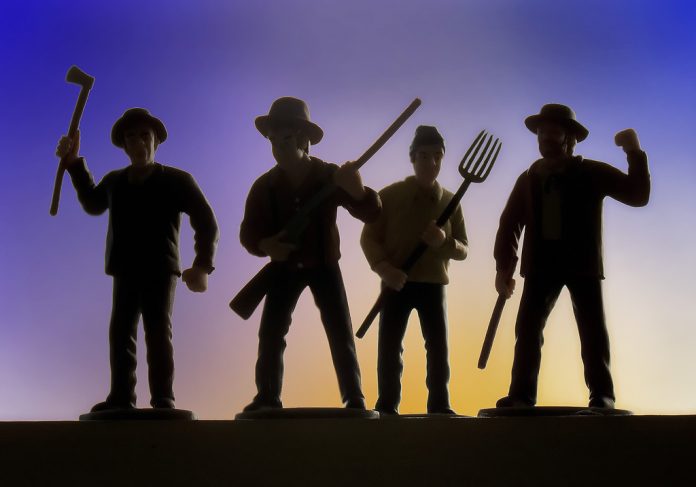 In this article, Vijaylaxmi Charan discusses the provisions of MASUKA, a draft bill by the collective National Campaign Against Mob Lynching to curb the menace of mob-lynching.

The cases of lynching by mobs seem to be growing every day. Hafiz Junaid, DSP Ayub Pandit, Zafar Khan, Ravindra Kumar, and Pehlu khan this is sweeping list of victims of mob lynching in India since April 2017. Public condemnation as seen in the #NotInMyName protests, or even the occasional condemnation from the Prime Minister proved to be ineffective. The Executioners are unconcerned about the consequences of their actions because they wonder that laws of this country are not equipped to deal with this epidemic of mob lynching.

As a result, there is an augmenting movement to promote a new law, a Maanav Suraksha Kanoon (or MASUKA) to deal with the rash of mob lynching across the boundaries of this country. To make familiar with this new law called MASUKA, its background, its origin and effectiveness to be taken into consideration.

THE DIVULGENCE OF MASUKA

The linchpin of the campaign is a push for a new, consolidated law on mob lynchings in India. A proper drafting committee which comprised of people from a variety of backgrounds has been set up under the guidance and supervision of Senior Advocate of Supreme court of India Mr.Sanjay Hegde to draft the bill. This new law draft is being proposed to the central government which may be step towards limiting the frequent and heinous episodes of mob lynching.

Mob Lynching is killing of a targeted person by mob or masses and Murder in any form, whether by a lone killer or by furious mob falls within Section-302 of Indian Penal Code. Depending on the facts and surrounding circumstances, other charges and Sections can be attracted such as Section-307 (Attempt to Murder), Section-323 and Section-325 (Grievous Hurt or causing Hurt) or Section-304 (Culpable Homicide) can all apply to mob lynching cases.

The Existing laws also cover the special circumstances that relate to the lynchings-the involvement of mob, a common purpose, violence by the mob, and the influencing of the mob by a person or persons.

The Mob-Related Provisions are

Section-34 of IPC, in which all members of a group which was gathered for a common intention will be liable for any crime committed in furtherance of that intention, this could even be a different crime from the one originally intented, it not only covers pre-arranged plans but all those plans made on the spot, depending on the facts and circumstances.

Section-149 of the IPC – If any unlawful assembly commits any violence, the matter escalates into one of Rioting (Section-147 and 148 IPC). Along with above all provisions Section-120B IPC would be attached for all those involved in planning and instigating the mob may be spreading the word in person or with the help of Social Media accounts and Forums like Whatsapp.

WHY THEN MASUKA HAS BEEN PROPOSED?

According to Tehseen Poonawalla, the existing legal provisions do not deal specifically with lynching as an offence, and there is no provision for compensation, no provision for rehabilitation of the families, and most importantly there is nothing like speedy justice.
By preparing a separate draft law, all the various facets of a mob lynching can be punished without having to tie together to different provisions to build a case. It will also be able to tackle issues such as the Dissemination of False Rumors and Exhortation of Mobs. Senior Advocate Sanjay Hegde believes that the biggest shortcoming of the existing legal treatment of the mob-lynchings is that a key factor in how these lynchings takes place is not covered by it-the Police.MASUKA addressed this issue specifically.

Rehabilitation and Compensation for Victim’s Families

It will include provisions for rehabilitation of victims’ families through mandatory payment of compensation by state governments and also the fines collected from those convicted will also be distributed to the families.

Establishment of designated special courts to hear lynching cases, just like those set up under POCSO Act, 2012 to ensure speedy justice and to demonstrate the intent of the law.

Hegde’s point about countering police inaction is one that resonates and could prove to most eye-catching of the Campaign’s Proposals. The draft bill includes a provision that will hold the local SHO responsible for any lynchings which take place in their jurisdiction subject to a time –bound judicial probe to ascertain whether the events were truly out of their control. This provision will play a key role in preventing mob lynchings, as the Police will take extra care to nip such incidents in the bud, and will be more proactive in stopping them when they happen.

A number of provisions to be included that will help ensure that witnesses to the lynchings are not to be afraid to speak out about the incidents, their identities are to be protected and punishments would be given upon leaking of this information.

Who will be covered under MASUKA?

The new draft law on mob lynching is undoubtedly drafted with proper care to ensure that it does not only apply to lynchings of victims belonging to a specific community, or for limited reasons like suspicions of cow slaughter. This will help to make it palatable even to those represent different Political interests from the Campaign, whether in government or on Twitter or in the village square. At the outset, there is severe difficulty in defining the limits of what this law will cover under its umbrella. The definition in the draft Bill included in it entirely new terms, which do not have established legal meanings which raise the potential of it being considered too ambiguous. This will lead to delaying proceedings and misuse of law as it might cause trouble for any gathering of people, even for lawful purposes.

There are also procedural issues to be considered. As this draft bill aims to criminalize the dissemination of false rumors and exhortations to the mob to gather and act. Much of the instigation of offences is being done through online platforms like Whatsapp which actually make it difficult for authorities to prove the offence and Identification of the mob participants, and it is difficult to see how this can be improved by MASUKA.

MASUKA as a separate legislation will not be a wise option if it will not be able to remove the ambiguities and to lower down the sprouting graph of cases of mob lynching. The MASUKA movement might have some flaws in it but it opened up the conversation about a lesser discussed problem which is affecting the whole nation and all legal and political minds came to the common platform to find out the best possible solution which could save lives of many innocent people in the coming future.

Are you getting too caught up in work to spend time on developing your practice, building your reputation and brand or meeting the next big clients?