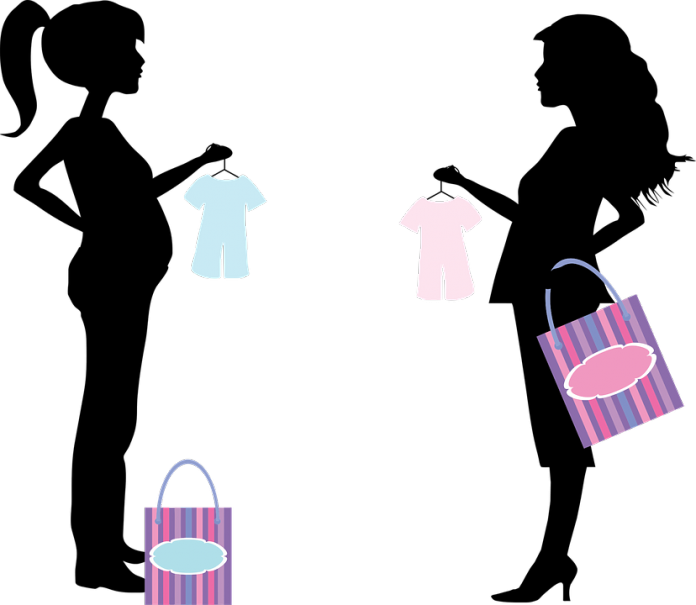 This article discussing the Maternity Benefits in Organized & Unorganized Sector is written by Arushi Chandak, pursuing Diploma in Entrepreneurship Administrative and Business Law from NUJS, Kolkata.

Social Security is an essential need regardless of the sector of their employment that they work in and live in. It is an essential kind of social protection which is required to be given to individuals of the general public, up and down their life. By and large, Social Security alludes to assurance reached out by the general public and state to its individuals to empower them to beat different possibilities of life and enable them to overcome various contingencies in order to have an honourable existence and dignified life.

The Maternity Benefit Act, 1961’s objective is to manage the of work and employment of women representatives in specific establishments for specific periods prior and then post labour benefits as well, also to accommodate maternity and provide certain different advantages to them.

The Act reaches out to the entire of India and  is applicable to the organised sector only; i.e., each processing plant, mine or ranch (including those belonging to the Government) and a foundation occupied with the show of equestrian, aerobatic and different exhibitions, regardless of the quantity of representatives, each shop or foundation wherein at least 10 people are utilized or were utilized on any day of the former 12 months. Additionally, the State Government may extend the Act to whatever other foundation or class or foundations; mechanical, business, farming or something else.

In any case, the Act does not make a difference to any such industrial facility/other foundation to which the arrangements of the Employees’ State Insurance Act are material until further notice.

Maternity benefits is a reference to the fact that each and every woman is entitled to, rather that her employer is obligated for, the instalment of maternity advantage, which is the sum payable to her at the rate of the normal day by day wage for the time of her real non-attendance or absence.

The greatest period for which any woman might be qualified for maternity advantage should be 12 weeks in all whether taken before or after labor. In any case, she can’t take over a month and a half before her expected delivery.

Each lady worker, regardless of whether employed directly or through a contractor, who has really worked in the foundation for a time of no less than 80 days amid the 12 months promptly going before the date of her normal conveyance, is qualified for getting maternity advantage. The qualifying time of 80 days might not make a difference to a lady who has moved into the State of Assam and was pregnant at the season of migration. For computing, the quantity of days on which a lady has really worked amid the previous 12 months, the days on which she has been laid off or was on siestas with wages might likewise be tallied. There is neither a wage roof for the scope under the Act nor there is any limitation as respects the sort of work a lady is occupied with.

A lady representative qualified for maternity advantage may give a notice in composing (in the recommended and prescribed format) to her manager, expressing that her maternity advantage might be paid to her or to her candidate (to be determined in the notice); that she won’t work in any foundation amid the period for which she gets maternity advantage; and that she will be missing from work from such date (to be indicated by her), which should not be sooner than a month and a half before the date of her normal conveyance. The notice might be given amid the pregnancy or as quickly as time permits, after the conveyance.

On receipt of the notice, the business might allow such lady to absent herself from work after the day of her expected delivery. The inability to pull out, in any case, does not disentitle the lady to the regale of the Act.

At the point when a pregnant lady absents herself from work as per the arrangements of this Act, it might be unlawful for her manager to release or expel her amid, or because of, such nonappearance, or pull out of release or expulsion in such a day, to the point that the notice will terminate amid such nonattendance or fluctuate to her weakness any of the states of her administrations.

Expulsion or release of a pregnant lady should not disentitle her to the maternity banquet or medicinal reward reasonable under the Act with the exception of in the event that it was on some other ground.

Apart from this, she is entitled to other benefits. If there should be an occurrence of unnatural birth cycle or restorative end of pregnancy, a lady might, on generation of the recommended evidence, be qualified for leave with wages at the rate of maternity advantage, for a time of a month and a half quickly taking after the day of her premature delivery or medicinal end of pregnancy.

If there should be an occurrence of tubectomy operation, a lady might, on creation of endorsed evidence, be qualified for leave with wages at the rate of maternity advantage for a time of two weeks promptly taking after the day of operation.

Leave for the greatest time of one month with wages at the rate of maternity advantage are passable if there should be an occurrence of sickness emerging out of pregnancy, conveyance, an untimely birth of youngster, unsuccessful labor or medicinal end of pregnancy or tubectomy operation.

Each lady qualified for maternity advantage might likewise be permitted a therapeutic reward of Rs. 250, if no pre-natal control and post-natal administer to by the business for nothing out of pocket.

The utilized is under an obligation to pay maternity advantage or potentially therapeutic reward and permit maternity leave and nursing breaks to the lady representatives, as per the arrangements of the Act. Not to connect with pregnant ladies in contradiction of segment 4 and not to reject or release a pregnant lady worker amid the time of maternity leave.

The critical privileges of a worker are to make a grumbling to the Inspector and claim the measure of maternity advantage dishonourably withheld by the business. To offer against a request of the business denying her of the maternity advantage or therapeutic reward or rejecting or releasing her from the administration, to the equipped expert, inside 60 days of the administration of such request.

For inability to pay maternity advantage as accommodated under the Act, the punishment is detainment up to one year and fine up to Rs. 5000. The base being 3 months and Rs. 2000 separately.

For rejection or release of a lady as accommodated under the Act, the punishment is detainment up to one year and fine up to Rs. 5000. The base being 3 months and Rs.2000 separately.

The 1961 Act covers ladies laborers utilized in manufacturing plants, mines, estates, shops and foundations with at least 10 workers, and whatever other foundations. This constitutes around 18 lakh ladies specialists. Take note of that around 90% of working ladies are in the disorderly segment and are not secured by the 1961 Act. In 2015, the Law Commission of India prescribed that the arrangements of the 1961 Act ought to cover all ladies, incorporating ladies working in the disorderly part. Ladies specialists in the chaotic part incorporate farming workers, regular laborers, local laborers or development specialists. They frequently work in unstructured conditions and may have various managers. Because of such work conditions, they will most likely be unable to demonstrate qualification under the 1961 Act, for example, constant work for a time of 80 days in the one year preceding the date of conveyance.

Right now, such ladies may assert maternity benefits under the Indira Gandhi Matritva Sahyog Yojana, a restrictive money exchange plot. Under the plan, Rs 6,000 is given to a pregnant lady to the introduction of two youngsters. Such plans give a singular amount instalment yet don’t completely address the issue of loss of pay or guarantee employer stability. This could make it troublesome for such ladies to bear the cost of rest from work to deal with their youngster and their own wellbeing.

In 2016, an amendment was introduced that broadly brings the following changes:

The unorganized sector, also known as informal sectors, can be broadly characterized as consisting of units employment engaged in the production of goods or services operating on a small scale and at a low level of organization without distinguishable division between labour and capital as factors of production.

The necessity of Social Security by the government is of greater significance in the case of people in unorganised sector. But the law does not protect the same.

Despite constituting a major part of the economy and playing an important role in the Indian economy, with more than 90 percent of the workforce in India accounted for by the Unorganised Sector, unfortunately, and sadly, no protection is given as such to this majority of socially as well as economically underprivileged sections of society. There is, therefore, a consistent need to ensure such protection, especially to pregnant women.